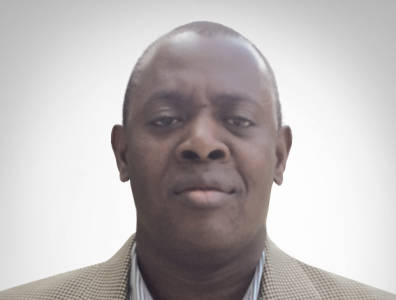 "The small scale of domestic operators that have only one or two assets means that they are not able to capitalise on economies of scale."

The growth of local operators in Nigeria’s oil and gas industry has brought about a number of changes in the dynamics of the market. Divestments made by international oil companies (IOCs) in 2013 caused a significant transfer of assets to local players. Shell, Total and Italian company Agip divested more than $6.5 billion in 2013.
According to some estimates, local companies have spent more than $3 billion to acquire about 587,000 barrels of proven and probable reserves, as well as more than 100,000 barrels of oil per day of production since the Nigerian Content Act was signed into law in 2010.
With Shell set to divest from an additional four oil mining licences by 2015, the Nigerian government is making headway in its efforts to increase domestic companies’ share of production from 5 to 10 percent by 2020.

EASY RIDER: These licences, many of which are located in onshore or shallow-water offshore areas, are likely to provide the bulk of drilling activity in the short term. They are not as complex, risky or costly as IOC-owned deepwater projects. Furthermore, they have much shorter drilling campaigns.
Many of these areas are brownfield sites, meaning the presence of commercially viable oil is already known. The hope is that the growth of local players will trickle down and benefit local services companies.
IOCs such as Chevron and Shell have been operating in the Nigerian upstream market for more than 60 years and have set the tone for conservative business practices in the oil and gas market. By divesting their assets, they are paving the way for smaller companies to come to the fore. Many small companies are now being managed by employees who had previously worked for IOCs under similar operational and contracting norms.

REDUNDANCIES: The directional drilling services market is worth $500 million annually. There is tremendous overspending and redundancy in drilling campaigns, which stems from a big oil mentality. This is supported by practices in oilfield services.
A well in the US with the same depth and same complexity is five times cheaper than its Nigerian counterpart. It is not due to security problems or to a high concentration of expatriate workers on the rig. Many of the wells have almost 100-percent local personnel. Overspending has more to do with the technological and equipment redundancies and inefficiencies. In onshore plays, the formation evaluation equipment that is being used far exceeds what is required to technically evaluate these brownfield assets, hence the redundancy.
In each one of these instances, the equipment used is much more sophisticated and more expensive than what is actually needed. This business practice and mentality has a big impact on the company’s bottom line and profitability of that well when all costs are taken into account.
The small scale of domestic operators that have only one or two assets means that they are not able to capitalise on economies of scale to offset the reduced profit margins.

GOVERNMENTAL APPROVAL: The joint-venture asset ownership structure between the government and oil firms drives overspending. The agreement mandates that the Nigerian National Petroleum Corporation fund projects along with the IOC. As the IOC is often the technical lead partner, it is able to make the decision on implementing more expensive equipment, then passing most of the overspending onto the government.
The government has no budgetary structure in place to identify and curtail overspending. This can ultimately hamper the government’s ability to fund the project over a long period of time, leading to project delays. While an IOC operator would still make technical decisions in a production-sharing concession, they would be the only partner funding and thus the overspending would not slow the project’s progress as much.

FIND YOUR NICHE: Although opportunities for cost savings are supported by Nigerian content policies, indigenous players have yet to gain traction. Small Nigerian companies win the contracts, but then sub-contract them to international oilfield services companies such as Baker Hughes and Schlumberger.
Despite these setbacks, progress has still been made in the sector’s local content participation. Indigenous services providers that are still on the periphery of the oil and gas industry are finding other niche opportunities. In particular, the training of employees has been a driver of growth for companies such as Ofserv. Working with IOCs on small niche service contracts allows us to increase our visibility among IOCs as well as the Nigerian Content Development and Monitoring Board.