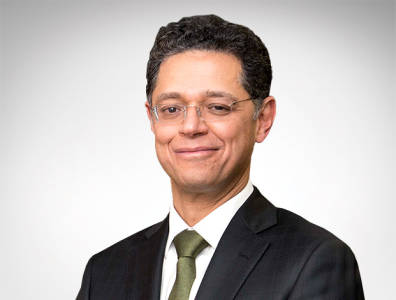 It has been a period of growing participation and, hopefully, by the end of 2018, we will have more liquidity in the market and more participants.

César Emiliano Hernández Ochoa, deputy secretary of energy for electricity at the Secretariat of Energy (SENER), talks to TOGY about the impact of the energy reform on the power sector, the generation of a competitive market for electricity and the importance of affordable feedstock. SENER will hold its third wholesale power auction in November 2017 for 15- and 20-year contracts.

• On SENER’s power objectives: “The objectives of the capacity market are to provide a mechanism for generators to pay for the fixed costs that aren’t recovered through the energy market, as well as to send the right economic signals to incentivise the instalment of capacity where and when the system needs it.”

• On generation companies: “We hope that this year some of the gencos [generation companies] will start having joint ventures with third parties, which will help them modernise their generation fleet, and do some co-investments with private partners. That should make the market more dynamic and market competition stronger, even between the CFE’s [Federal Electricity Commission] gencos.”

• On strategy: “The basic strategy of getting cheap natural gas into Mexico to produce cheap electricity is still valid and will be for the coming years.”

Most TOGY interviews are published exclusively on our business intelligence platform TOGYiN, but you can read an abridged version of the interview with César Emiliano Hernández Ochoa below.

Which investment model – joint ventures, greenfield projects or brownfield projects – is the most optimal, given Mexico’s current market landscape?
All of those have a role to play in the coming years. We are seeing greenfield investments, which have been anchored by the long-term auctions. All of the new renewable plans, both wind and solar, are greenfield, and they were basically started because the auctions existed and because the companies were awarded contracts in those auctions.
For the CFE, joint ventures will be a key element in modernising their old generation plants, or for getting rid of some of the assets that currently do not have a lot of value but could be much more productive if some investment could be made with a different partner.
In transmission, we are seeing BOT schemes, which will be key for the development of some of the large transmission lines that have been mandated to the CFE. We will see all types of mechanisms. Fortunately, the reform makes it possible. It gives the CFE the flexibility to form special purpose vehicles to associate or partner with other companies. We are seeing all types of participation.

What is role of IPPs in the newly liberalised market?
These were key in the 1990s in modernising Mexico’s generation fleet. They had some excess capacity and we managed to have them put that capacity into the short-term market. That being said, the new type of contract that is arising is not an IPP contract.
We are seeing the last IPPs backed by the CFE and what we will see now will be merchant plans or plans whose anchor will be bilateral contracts, contracts for differences. Under these contracts, there is no physical exchange of power between the buyer and seller. They both buy and sell the power directly to and from the spot market and net out their differences based on a pre-established price and volume. That will be the new model. They are the seed of the new market. Some of the IPPs were among the first participants in the market, but the development of generation will take a different path now that the reform has started.

What incentives and mechanisms guarantee competition between the newly established subsidiaries that came out of the unbundling of the CFE?
The unbundling of the CFE is a process that started at the beginning of 2016. It had an implementation calendar that was gradual. Some of the milestones were just reached at the beginning of 2017.
The unbundled “gencos,” or generation companies, and the transmission and distribution companies had CEOs appointed, and the boards of directors of each of those companies started having their first meetings early this year.
Last year was a period of maturing these structures, separating the assets and assigning enrichment plans for the portfolios of each of the new gencos. By the end of January 2017, they had also started participating in the short-term market separately, so that each of the gencos made separate offers. They started this way to compete amongst themselves.
The CFE’s role will be key in allowing competition take place. When we unbundled the CFE, we used a design that forced the gencos to compete against each other, because we did not give them generation fleets in the same region. We tried to avoid a situation in which each of the new gencos would have market power, either regionally or nationally. In each node of the grid, there will be two or three CFE companies competing to be dispatched within the same node. It is a process that was designed to foster competition.
We hope that this year some of the gencos will start having joint ventures with third parties, which will help them modernise their generation fleet, and do some co-investments with private partners. That should make the market more dynamic and market competition stronger, even between the CFE’s gencos.

What other key developments have led to a more competitive power market?
The other relevant thing that started happening in 2017 was the entry to the short-term market of several of the independent power producers [IPPs], which had some excess capacity that they could put in the short-term market. We saw Iberdrola and Gas Natural Fenosa start participating in the short-term market with the excess capacity they have at their combined-cycle plants.
Now we have more than 20 participants in the market, which is still not very much, but it is much more than what we had in 2016. We started with three participants. It has been a period of growing participation and, hopefully, by the end of 2018, we will have more liquidity in the market and more participants.
The ministry has the legal mandate to ensure competition takes place. The Secretariat of Energy has the power to penalise the CFE if something does not go as intended. During 2016, we operated the market monitor, which basically allowed us to correct market prices when they were not cost-based, as the law demands. We did some adjustment to the prices in the middle of 2016. We took our mandate very seriously and we made sure that no artificial enlargement of prices took place.

For more information on upcoming expansions in the Mexican power generation sector, see our business intelligence platform, TOGYiN.
TOGYiN features profiles on companies and institutions active in Mexico’s oil and gas industry, and provides access to all our coverage and content, including our interviews with key players and industry leaders.
TOGY’s teams enjoy unparalleled boardroom access in 35 markets worldwide. TOGYiN members benefit from full access to that network, where they can directly connect with thousands of their peers.