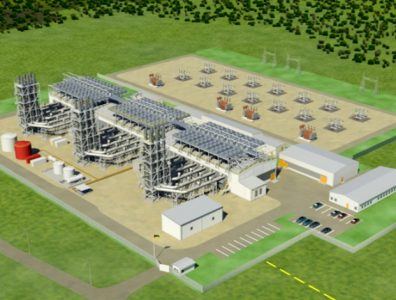 Construction at the Kinyerezi III power plant, one of a set of four Tanzanian gas-powered power plants being built in the Kinyerezi area in Dar es Salaam to extend the country’s power generation capacity, is set for December 2014. The first stage of the project will comprise two 180-MWh units, with a planned second stage to put the plant’s final output at 600 MWh.

The Shanghai Electric Power Company, which is the parent company of ShangTan Power Generation, owns a 60-percent share in the plant and predicts that the first of the two 180-MWh units should come online on the end of 2015. The second unit of the first stage should be connected in mid-2016.

GENERATED DEVELOPMENT: Following the conclusion of the project, the output will be directed to a 400-KV substation, under development in the Kinyerezi area, and from there, connected to the national grid.

As a part of a four-power-plant complex, Kinyerezi III falls under national electricity company Tanesco’s overall power generation expansion development plan, structured around hydropower, coal and gas, which should both help to curb the limitations of the country’s power generation market, and also release it from an expensive dependency on heavy-fuel-based generation.

“In contrast to our usual working grounds, here in Tanzania we are tasked with creating a concrete and detailed study of the basis of engineering and construction work, which in China has always been done before the project was planned,” a Tanzanian representative of the Shanghai Electric Power Company told TOGY. “This had an impact in defining the timeframe of the project, but we are confident that we will be able to correspond to the demands of the government,” they added.

Kinyerezi I, being built by Norway’s Jacobsen Elektro, will have a capacity of 150 MW and come online by the end of 2014. Kinyerezi II, developed by Japan’s Sumitomo Corporation, is expected to come online by December 2015 and will have a capacity of 240 MW. Meanwhile, the 450-MW Kinyerezi IV, developed by the Poly Group of China, should be contributing to the national grid by June 2015.

PROJECT TIMEFRAME: The joint-venture agreement between the Shanghai Electric Power Company and state-owned Tanesco, which assumes the remaining 40-percent share, was signed on October 24, 2013. The memorandum of understanding was signed in July 2013. The feasibility studies were concluded in July 2014 and the initial design engineering and tendering processes were underway as of August 2014. At that point, the timeframe for the second stage of engineering, procurement and construction development was still under discussion.

A STEP FORWARD: This is the first Tanzanian project that the Shanghai Electric Power Company is involved in and aligns with an increasingly strong relationship between both the Tanzanian and Chinese governments, as well as with Tanesco’s plan to expand its power generation capacity and curb the country’s recurrent power shortages.

“While this is Shanghai Electric Power Company’s first collaboration with the Tanzanian government, we envision a future extension to this co-operation, as we see endless potential for gas-fired power generation units in the region,” the company’s representative said.

The drafting of the contract for the Kinyerezi power plant development was included in a number of contracts signed with Chinese players including a power transmission line to join the national grid from Dar es Salaam to Arusha, with a capacity of 400 KV and to be completed by Tabiau Electric Apparatus Stock at a cost of $692.7 million, the development of the Rumakai hydro-power project in the Northern Highlands region to be undertaken by the China Gezhouba Group Corporation, and the Masigira hydropower project in Masigira, a $136-million development between local company Mkonge Energy Systems and China’s national hydropower company Sinohydro.

Outside the energy industry, projects for housing developments and other infrastructural developments were also agreed in October 2013, a historical moment for Sino-Tanzanian relations. In total, over this single set of agreements, Chinese companies will be investing around $1.7 billion in infrastructure-related projects in Tanzania.