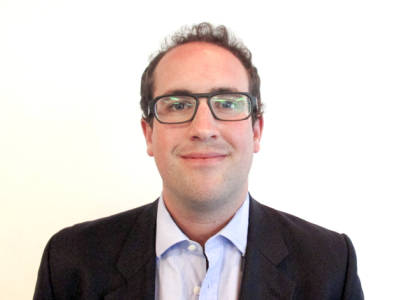 Dar es Salaam is very much emerging as a strong competitor for being East Africa’s hub.

Money towns: Tanzania’s catches up in the business hub race

With a bustling economy and proximity to other dynamic markets, Dar es Salaam is increasingly becoming an attractive alternative to Kenya’s Nairobi as a business centre. The country’s impending gas boom may provide increased impetus. But pitfalls remain for Tanzania’s commercial capital, as the country is still lagging behind Kenya in business competitiveness and as its evolving oil and gas regulations require more fine-tuning.

Long relegated to second rank by its neighbour Kenya, Tanzania is now catching up in the race for being the business centre of East Africa. Dar es Salaam’s proximity to other key regional markets and the country’s nascent but thriving gas industry have increasingly given it the upper hand, while strict Kenyan local-content laws have kept business at bay. But as the tortoise seems to be overtaking the hare, a myriad of issues continue to plague Dar es Salaam.

Nairobi has traditionally been the financial engine of East Africa. With Africa’s second-oldest stock market, eastern Africa’s largest and most diversified economy and the most advanced capital and telecommunications markets in the region, the Kenyan capital has always attracted the most attention. The country’s stock market capitalisation was $14.8 billion in 2012, compared with a $1.8 billion in Tanzania. The ratio of bank liquid reserves to bank assets that year was almost twice as high in Tanzania as in Kenya, at 22 percent and 12.2 percent respectively, indicating shallower credit markets in the former.

TECTONIC SHIFT: However, the figures conceal a tectonic shift in eastern Africa’s financial plates. Between 2010 and 2012, Tanzania’s stock market capitalisation shot up by 21.2 percent per year, while Kenya’s bourse grew at only 1.1 percent. Domestically, credit provided by the Tanzanian financial sector as a proportion of GDP soared to 24.7 percent by 2012, from 7.3 percent in 2003. Although this figure for Kenya stood at 52.9 percent in 2012, Tanzania is catching up with its neighbour.

Meanwhile, Kenya has retained many of its restrictive policies for foreign companies. An example of this is in the country’s legal industry, which is still heavily restricted. “Five years ago, Nairobi would have been the natural choice for an international law firm coming into East Africa. But the market there is still closed to foreign law firms. They can operate in association or have relationships, but cannot open their own offices,” Michael Strain, Senior Associate at London law firm Clyde & Co told TOGY. “As a result, Dar es Salaam is very much emerging as a strong competitor for being East Africa’s hub,” he added. At the same time, political violence and Islamic terrorism in Kenya embody a perception of risk for foreign entities.

LOVE THY NEIGHBOUR: The stock of foreign direct investment (FDI) in Tanzania skyrocketed to $12.7 billion in 2013, while Kenya had only $3.4 billion at the end of the year. For a large part, this was due to an influx of investment in gas projects in recent years, with 2013 seeing a surge of around 6 percent in inward FDI flows. Around a third of Tanzania’s FDI stock in 2013, or $4.7 billion, consisted of oil and gas investments. If Tanzania’s hydrocarbons industry was to really take off, this could give Dar es Salaam a decisive advantage over Nairobi as a regional business centre.

Dar es Salaam’s proximity to other nascent oil and gas industries, such as Mozambique and Congo Brazzaville, as well as the established market of Angola, also give it an edge over isolated Kenya, with its anarchic neighbours. Furthermore, the closeness of southern Africa’s vibrant markets only adds to Tanzania’s geographical advantage.

PROFITS AND PITFALLS: But there is still a way to go for Tanzania. Despite assiduous activity in its gas industry, hydrocarbons exploration is still very much a nascent activity. The country’s sectorial regulations have not yet been fully adapted to the modern era, stymying growth. “We are very much at the start of the natural gas story. Historically, there has only been the Petroleum Exploration and Production Act of 1980 to regulate upstream activities. This act is out-dated, with no provisions whatsoever for downstream activities. This may affect the future LNG project, for instance,” said Strain.