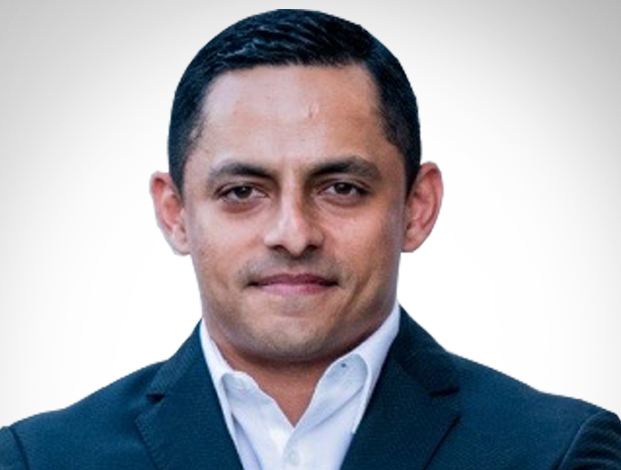 Tanzania’s approach has helped us since we did not have much on the line to lose in the energy space.

Dhruv Jog, managing director of Advent Construction, talks to The Energy Year about Tanzania’s success in dealing with the Covid-19 pandemic and opportunities in the local energy industry. Celebrating its 25th anniversary in 2020, Advent Construction is a fully Tanzanian construction player at the forefront of the regional civil and building construction industry, with ambitious expansion plans across the region.

How has Tanzania’s economy and industrial landscape evolved in the last several years?
Tanzania has a unique economy that does not necessarily always reflect what is happening in the region at large. We have a tradition of taking our own time to make decisions, which often takes a bit longer than our neighbours.
In the past couple of years, Mozambique was growing a bit faster than we were and Uganda was a bit further ahead in the energy space compared to its neighbours. At that time, many private businesses in Tanzania complained that we were not attracting the same level of activity as our neighbours and that we were missing out on many opportunities. Today, it appears that this approach has helped us since we did not have much on the line to lose in the energy space.
We were more stable in 2018 and 2019 than some of our neighbours and our industry landscape was gearing up for ambitious projects such as East African Crude Oil Pipeline (EACOP). When EACOP hit a speedbump in 2018 and could not carry on, we were a bit disappointed.
However, due to the country’s emphasis on sustainable growth, we have been able to navigate the unprecedented times in 2020 and swiftly respond to changing market dynamics. We found that the jobs we had on hand were not as high risk and foreign investment dependent, so we sort of managed to continue through the pandemic with our current projects without suffering a loss or losing contracts. EACOP is now also back on the plate and this is a project all industry players have been anxiously waiting for in the past couple of years.

How effective has Tanzania’s strategy been in coping with the Covid-19 pandemic?
Tanzania has dealt with the pandemic very well. The government decided not to panic, shut down activities or lock down its citizens. We had an aggressive approach in that the economy and people’s livelihoods and growth objectives were more important than being in line with the WHO or what the rest of the world was doing.
Although it was a big risk, it was the right decision. Had this approach not been taken, the economy of Tanzania would be in dire need. Economies are devastated in larger countries that went into lockdown, like South Africa and the US. We came out of it no worse than we went in. This is a result of good decision making from the government and consultation with the private sector.
As soon as the first case happened, the government and private sector formed a task force including the Tanzania Private Sector Foundation, the prime minister’s office and the Ministry of Health. We sent out supplies and set up sanitation measures.

Have slowdowns in imports propelled localisation of the manufacturing sector in Tanzania?
Localisation is a conversation that was ongoing in Tanzania and neighbouring countries. Covid-19 brought it from a conversation to a reality. We now know that inefficiencies in production costs are less relevant than being self-sufficient. The shutdown in global supply chains led to a strong push from the government and private sector in developing local capacity.
Corporations are increasing their capex for 2021 and beyond because they know there will be a shift towards procuring locally manufactured goods and services. The construction sector is seeing locals and multinationals setting up manufacturing plants for food processing and consumer products. We are working on two tenders for two large food processing plants with multinationals who invested in Tanzania a few years ago. Local projects are accelerating. A refining plant in the mining sector is under discussion.

What does the East African Crude Oil Pipeline (EACOP) mean for Tanzania?
There were a lot of talks held in 2018 on EACOP. However, there were some issues that had to be resolved between the government of Uganda and the developers of the oilfield. The largest portion of the pipeline goes through Tanzania and many companies were involved in tendering. When the project hit a speedbump, we were disappointed and continued with other projects. The opportunity is back on the table now and we are quite excited. It is a brilliant project.
Total [which leads the EACOP project] coming into the region is a comfort for Tanzanian businesses. A few years ago, and with different developers, a project like this would be negotiated behind closed doors and split between parties with vested interests. Now, in particular due to Total being the primary developer of the project and the fifth-phase Tanzanian government being serious about its agenda for development of the national economy, the stakeholders are confident of a fully fair and competency-based handling of the project development in its entirety. We expect to see a transparent, fair and locally inclusive project that will see maximum benefits for Tanzanians and Ugandans.

How viable are renewables projects in the Tanzanian energy market?
The Mwenga wind farm was completed recently. It is the first of its kind in the country. Although its 2.4-MW capacity is not large on a global scale, for Tanzania it is a giant leap. It includes a hybrid system that combines an existing hydro power project, a grid and local offtakers. The project not only ticks environmental and technical consideration boxes but serves as a case study for commercial viability in Tanzania.
We are also blessed with a lot of sunlight. If you fly over Tanzania at night, you can see that solar power has lit up even the most remote locations in the country. The basic necessities for rural Tanzanians are supplied more or less by solar energy. Demand for renewable energy in Tanzania is strong, reliable and growing.

How has Advent Construction aided the community during the Covid-19 pandemic?
The Covid-19 pandemic made us realign our CSR activities, which traditionally were in education and healthcare. Our board decided that not a single member of our 920-person staff would be laid off and salaries would not be reduced. We put our CSR budget toward staff compensation and all directors and top management took a 30% pay cut for four months. We are very proud of the fact that we did not lay off, reduce the salary of or delay the salary of even one member of our organisation throughout this entire period of the pandemic. In fact, we did not even send any of our staff on mandatory leave, let alone adjust their compensation.
Additionally, we did food drives for two local orphanages for two months. Orphanages that traditionally had support from corporations and NGOs could no longer provide necessities during the pandemic. We provided support while the NGOs got back on their feet.