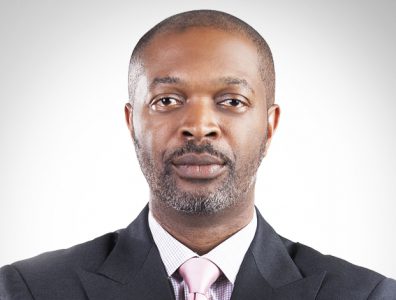 It is time to shift the responsibility to private companies, allowing them to set prices and bear business risk in a liberalised and free marketplace.

Chiagozie Hilary-Nwokonko, a partner at Streamsowers & Köhn, talks to The Energy Year about the Nigerian industry’s road to recovery, changes in the investment environment and contradictions in the government’s moves to support indigenous players. Streamsowers & Köhn is a law firm specialising in corporate and commercial law.

In what ways is Nigeria pushing its hydrocarbons industry towards recovery?
Nigeria is pushing forward and adjusting to the new normal. The pandemic coincided with a market that was already tightening due to the miscue between demand and supply sparked by the Saudi-Russian oil war. Realistically speaking, everyone knows that this industry is cyclical, and thus prone to interludes of adjustment. We have been through them before and will see more in the future. This time around, however, the pandemic added a dimension that no one had predicted.
All counterparts, from NNPC to IOCs, independent companies and indigenous ones, have suffered from the fallout of Covid-19. Firms have had to keep their operations running and cut back costs while managing health and safety issues. In any case, one could say that Nigeria has proven to have a very resilient industry.
Surprisingly enough, this epoch has witnessed the announcement of the latest marginal fields bid round. This event is very symbolic as it reflects the confidence stakeholders have in the industry. They have actually invested serious capital into these bids. At the same time major projects, namely the Dangote Refinery and the AKK pipeline, are moving forward. Hence, it is clear that the country is not lagging behind and is eager to enhance business continuity and even encourage new investment.

What contradictions do we find in the government’s moves to harness investor confidence?
The federal government is pursuing a number of contradictory objectives. Firstly, it wants to encourage investment in the oil and gas industry, from the upstream to the downstream. Yet it also wants to raise as much revenue as possible because it is under severe financial pressure.
Over recent years, government revenue has plummeted and earnings coming from the oil sector in particular have been lower than hoped for. This means that the State is trying to maximise every means of raising revenue, but at the same time this can work against its very desire to boost investment. In a way, one could say that short-term needs are clashing with medium- to long-term ones.
Along these same lines, transaction costs in the upstream sector have gone rather high. If one were to buy an interest in an upstream oil and gas asset today, one would need to pay the required fees for application for ministerial consent and a premium, which now equates to around 5-10% of the consideration or transaction purse. Additionally, in accordance with recent legal changes, one may have to pay up to 7.5% of the consideration as VAT, plus 1.5% as stamp duty on the transaction documents. This makes no sense for investors or even the Nigerian government itself.
A lot of those costs are also going to be paid by the buyer, which in many cases will be Nigerian companies because the Local Content Act sets up a preference for indigenous companies in the case of divestments by IOCs, which are the most sizable acquisition opportunities. So this is one contradiction.
Another is that the government is encouraging indigenous companies to acquire assets while at the same time taking fields out of their hands to offer in the bid round. You cannot seek to grow indigenous participation while stripping indigenous companies of assets they have every intention of developing. It is not even in the interests of the government either, because the royalty rates for production from marginal fields is generally lower than those from oil mining leases . So I think the marginal fields put up for bidding should be limited to those in assets held by IOCs.

What expectations does the Petroleum Industry Bill (PIB) carry this time around, and how will it encourage incorporated joint ventures?
What makes the PIB unique this time is the apparent alignment between the legislature and the executive to finally get it passed. In addition, instead of being broken up into several parts as was done previously, it has been once again consolidated. Although some of the features are arguably more suited to a different market environment, it will be a good revamp and modernisation of the petroleum law which should bring about a more efficient and effective oil and gas industry. In some ways, it is also a much more benign draft than previous iterations have been.
For example, in the new PIB, companies are not compelled to follow the IJV [incorporated joint venture] model, but are encouraged to do so. The problem is that IJVs are not easy to achieve and many times, not all parties involved are content with this venture structure. Achieving synergies can turn out to be relatively complex and thus undesirable.
From a legal perspective, there are other devices that can be used to achieve the primary objectives of the IJV without have to actually create an IJV. We will see what companies choose to do following passage of the PIB. Another example of the benign quality of the PIB is the fiscal incentives given to companies to convert to the new lease administration system to be established by the PIB, rather than a brazen imposition of the new system.

What has contributed to the removal of fuel subsidies in Nigeria?
It appears the government came to terms with the fact that subsidies were not economically sustainable. As a result, they got rid of them at a time when it was not going to cost them much [with lower oil prices mitigating any rise in fuel price], politically speaking. It was a bold and strategic move.
At the moment, with price regulation, people still pay different prices for PMS [premium motor spirit] in different parts of the country anyway. Everyone has accepted that the diesel price is deregulated. You will not get the same price for diesel, even within Lagos, with so many suppliers. Yet the price differentials are not substantial. This means that, economically, the removal of subsidies on fuel may not be that much of an issue because end users are already paying different prices and the price differentials might actually narrow because there might be many more suppliers.
The subsidy regime is a wrongful game of picking winners and losers, which is another argument for its eradication. It is time to shift the responsibility to private companies, allowing them to set prices and bear business risk in a liberalised and free marketplace. But the politics of fuel subsidy and strong pressure from those that benefit from it might well come back to haunt us.

What services and areas of your practice have been most in demand in the past year?
Dispute resolution has been one of our most in-demand areas in the past 12 months. There have been a lot of disputes, partly because parties want to renegotiate contracts and free themselves from commitments or there have been lots of breaches. Disputes are also on the rise as firms are now more sensitive to the breach of their rights. For example, we were the local counsel for NNPC in the Esso v. NNPC arbitration enforcement case, where more than USD 2.69 billion was at stake. We won that case for NNPC.
Another area is advisory. In 2020, we were relatively active oil and gas transactions, especially for IOCs. For example, we are advising Chevron on several transactions. We are also advising several bidders for marginal fields. We are continuing to advise on the regulatory aspects of the SEPLAT-Eland acquisition.

What further inroads would Streamsowers & Köhn like to make in the energy arena?
Moving forwards, we aim to further solidify and diversify our avenues within the energy spectrum. Oil and gas will definitely remain our mainstay. Within this area, we intend to place a special focus on natural gas, especially domestic gas utilisation, as this is aligned with the quest of the government. We are already providing advice to many gas-oriented clients but we are working to further build our track record in this particular area, which is bound to flourish in the coming years.
Parallel to this, we are looking at the areas of power and renewables – more concretely, solar energy projects. We are also paying close attention to environmental law as this represents an area which requires much attention in Nigeria, particularly with regard to decommissioning. Mining and water-related activities are also on our radar. In sum, we want to be a step ahead when it comes to providing legal support to the entire energy and natural resources sector.

What added value does Streamsowers & Köhn offer to the industry?
What oil and gas clients want is counsel that has a track record, that understands the way things have evolved and the direction things are going, we think we are in the top rank. We do not just have theoretical knowledge; we have actually been in the trenches. Stemming from this, we try hard not to over-promise and we try very hard to over-deliver.
We have been in this industry providing legal services for 30 years. Our track record includes transactions, dispute resolutions, regulatory advice, interpretation of JOAs and PSCs, and plant structuring transactions, among many other things.
We have been in the field since the entry of big companies such as ExxonMobil and Shell into deepwater Nigeria. Amongst our many transactions, we advised on CNOOC’s acquisition of 90% of Sapetro’s PSC interest, which is one of the largest hydrocarbons transactions ever in Nigeria. We also advised on Sinopec’s acquisition of Addax Petroleum and, as mentioned, guided Eland’s acquisition of OML 40, and Eland’s acquisition by SEPLAT.
Due to this extensive experience, we have become a knowledgeable, reliable and responsive firm that takes a very personal approach to whatever we get involved in. What a client wants to do becomes our business, and working with this mentality, we help them to succeed.