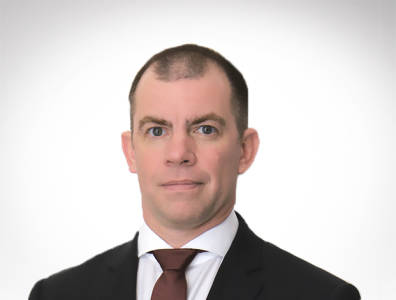 It would be good to see more incentives that cover the entire industry, not just the operators, to help us ensure that we can be competitive and that we are able to operate here effectively. 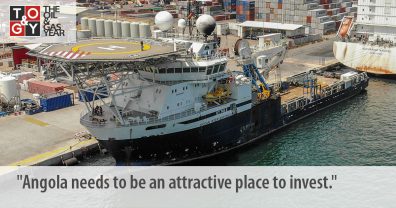 Eric Smith, general manager of Oceaneering Angola, talks to TOGY about the services the company offers and how it would like to expand, as well as cost issues in the sector, the market environment in recent years and the direction in which the local industry is expected to head. Oceaneering provides oilfield engineering services to the offshore hydrocarbon industry.

What key service developments did Oceaneering have in Angola in 2018?
The biggest highlight for Oceaneering in Angola was the contract we won with BP to perform LWI [light well intervention]. The vessel is still here operating and is expected to complete the project in March. That was a big win for us. It is a good opportunity for us to work with BP and to help increase production. It is obviously a good spotlight with both BP and Sonangol to help with something that key.
Many times, our services are support services for drilling or IMR [inspection, maintenance, and repair]. They are not always directly on the production side. In this instance, we have the opportunity to directly contribute to increased production in Angola. While mechanical LWI is a new service we are providing here, it is a service we have carried out in other parts of the world. We believe the project has gone very well, but we’ll let BP speak for themselves.
We have done acid injection jobs before and we have done hydraulic intervention, but this is the first time that we are doing mechanical intervention. This ability comes from our acquisition of Blue Ocean. It is not new to Oceaneering, but it is new to Oceaneering in Angola.

What other contracts have you been working on over the past year?
The largest contract we have involves the IMR services for BP. The LWI project is tied to that.
We have traditionally been known as an ROV company. That is certainly not the only service we offer in Angola. We still operate 14 ROVs for BP, Total, Eni, Chevron and Esso – generally, for all the main operators. We work primarily on vessels doing inspection and IMR work, but we are also providing services onboard many of the drilling rigs in the country.
Asset integrity is another big service for us. We provide NDT [non-destructive testing] services to Chevron, mostly for topside work, both onshore and offshore. We are providing asset integrity services for both of BP’s FPSO vessels in blocks 18 and 31, and we are providing NDT services in Lobito.
We have a survey group that conducts subsea positioning and rig positioning for Total and BP.
Oceaneering started as a diving company over 50 years ago, and recently, we have been doing more diving work in Angola. In 2018, we did some work for Angola LNG and CABGOC [Cabinda Gulf Oil Company]. This year, we are just now mobilising a vessel to perform diving and remediation work for CABGOC.
Finally, we have our machining and fabrication facility in Viana. This was a large investment for us in Angola. We feel that we are able to provide high-quality, precision machining and fabrication services to match anything inside or outside of Angola. That’s one of our challenges: to make people aware of our capabilities and to encourage them to use us locally, rather than to source these components from outside of Angola.

What are your key objectives for 2019?
Over the past few years, our key objective has been keeping market share. We have a good share in ROV services. We want to maintain the BP IMR contract, along with the NDT services for CABGOC and the asset integrity services for BP’s FPSOs. We need to continue to grow some of our other businesses, such as machining and fabrication, surveying and diving. We need to be opportunistic, and we want to position ourselves strategically on some of these projects coming up, such as Total’s work on Block 17 and on Block 48. We are trying to get as many services as we can for these new projects.

How do you assess the competitive landscape here for engineering companies, and what are your key strengths?
The biggest thing we try to share with our clients is our local infrastructure and capabilities. I mentioned a lot of complementary services – NDT, ROVs, IMR. If we can package those up into a single contract like we did for BP, that is one of our biggest strengths.
Here, even more so, we offer a lot of that on the ground. We have local, skilled personnel. We have our manufacturing facility in Viana. We don’t have to go external if there is a special piece of equipment that needs to be designed and built. We can do that within our own company, rather than having to go to another subcontractor or outside of Angola. Being able to provide those services in-country is one of our biggest strengths.

What administrative measures are going to drive growth in the upstream sector?
The cost and ease of doing business. Right now, it looks like regulators are working with operators. They are making it more attractive for operators to make FIDs. It is good to see those discussions progressing.
Hopefully, we will see some progress with projects such as BP’s Platina field. Eni has also had some key discoveries that could be pushed toward development quickly.
The first measure is if the operators are able to make those decisions. They are balancing where to invest their money – in Angola, the North Sea, the Gulf of Mexico, Brazil. Angola needs to be an attractive place to invest. It appears that there is progress in this respect.
At the service level, it would be good to see more incentives that cover the entire industry, not just the operators, to help us ensure that we can be competitive and that we are able to operate here effectively. Sometimes the services companies are forgotten, but things are changing here. They are making things more transparent, which is good for the entire industry.

When do you think these cost pressures will start easing?
As demand grows, there will be less pressure on cost. But I doubt the industry will return to the way it was a few years ago. Right now, there is an oversupply of rigs, vessels and many other services. But it is supply and demand. If supply starts to reduce, prices will eventually go up. For some services, like ROVs, where there are a lot of them available around the world, it will take some time to get to that point. However, we also need to figure out how to do things differently and more efficiently. Oceaneering is focused, especially in Norway and the Gulf of Mexico, on bringing new and different technologies on line.
From an ROV perspective, a good way to reduce cost is to reduce the number of people offshore. If you don’t have to have three to six ROV guys offshore, if you can reduce that by 20-30%, then that is a big cost saving for our clients. How can you make the ROVs more dependable? How can you operate them remotely from onshore as opposed to offshore? Initiatives like that will help us to become more competitive and offer different services and better ways to do things, rather than just cutting rates.
We also feel that packaging our services is a way to reduce costs and to provide the services for an entire work scope. But we are not the only ones doing this. Many service companies are promoting integrated services. It’s important that the integrated package fits correctly with the client’s procurement and operational strategies.

What is your approach to local content, and what do you do in terms of training?
We have a large local population and a local group of employees. It just makes sense. It is expensive to bring in expats, to fly them in for a four-week rotation, or to have somebody be a resident here.
Light well intervention is a new service, so we do have to bring in experts, but we are already leveraging the fact that we have previously done hydraulic intervention. We have quite a few local employees familiar with that operation. It is a natural progression to train personnel to learn the new equipment for doing mechanical intervention.
We take local content seriously. We have a training facility that started out primarily as an ROV training facility, but we now use it for HSE, NDT, finance and leadership training, to name just a few. It is a general-purpose training facility. We do a lot of hands-on training out of our Viana facility. It’s a mixture of HSE training, such as for working at heights, and rigging and lifting. It also includes technical competency, such as how to use specific subsea tooling, and ROV training. Our asset integrity group does quite a bit of training around the handling of radioactive sources and how to operate their specialist inspection equipment.
Obviously, there are legal requirements. There are certain processes you have to do to comply with the law; however, it does make sense from a business perspective as well. If we are going to operate in Angola for the long term, which we intend to do, we need a strong local group of employees to run and manage the business.

What is Oceaneering’s vision in Angola, and where do you want to see the company in five years?
We are here for the long term. We didn’t build what we built out of Viana to be here just for a few years. We have put in a large investment. We want to be part of the new projects, especially projects like Block 48, because these projects are pushing boundaries. There are not a lot of wells at 3,600 metres of water depth. It will be the first of its kind in Angola. We want to be part of those kinds of operations.
We want to continue to support the contracts we currently have and we want to expand our market in other areas such as machining and fabrication, surveying and diving, and show that we are not just an ROV or NDT company.

For more information on Oceaneering in Angola, see our business intelligence platform, TOGYiN.
TOGYiN features profiles on companies and institutions active in Angola’s oil and gas industry, and provides access to all our coverage and content, including our interviews with key players and industry leaders.
TOGY’s teams enjoy unparalleled boardroom access in 35 markets worldwide. TOGYiN members benefit from full access to that network, where they can directly connect with thousands of their peers.