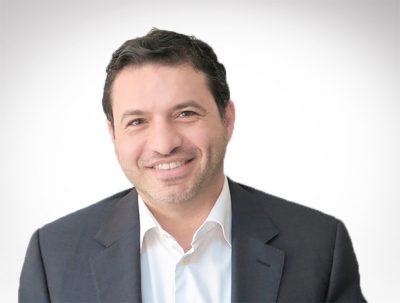 This is a unique market. We have the major players, but it’s also a good market for mid-sized players and independents.

Omar A. Nasser, managing director of National Petroleum Company (NPC), talks to TOGY about factors driving Egypt’s market growth, the range of opportunities in the country and the strength of recent initiatives such as the new PSA model. NPC focuses on exploration and production in low-risk areas of Egypt.

How would you describe Egypt’s upstream momentum?
I would describe it as very good. It started in 2014 with the new leadership in the country. The effort then was toward addressing the decline in investments in production in the oil and gas sector that started in 2011. The focus was attracting new and existing bidders to the bidding rounds. It was difficult because there were macroeconomic issues and delays in payments to IOCs. New bidding rounds were launched and bidders started coming in and committing capital to drilling.
The momentum picked up after the discovery of Zohr in 2015 and with the appointment of Eng. Tarek El Molla as minister of petroleum, who took the helm from Eng. Sherif Ismail, who became the prime minister. When the minister of petroleum becomes the prime minister, that means the momentum continues. He tried to address the issues E&P companies had at the time and keep investments growing and he was largely successful. That resulted in IOCs inside and outside the country coming back.
Today we see the results of that hard work of the leadership to settle outstanding issues like payments to IOCs, and that was the main challenge companies faced in the last 10 years. Egypt didn’t have any other major risks compared to similar markets where there are safety and security issues for personnel, or geopolitical risks and issues with honouring of contracts.
Companies are coming back and there was very strong interest in the 2018 bidding round. You see them coming back in the M&A space, where there is interest in acquiring existing players. We are on the right track.

Is the modernisation programme being implemented successfully?
It’s had some good success. It’s an ongoing project. I believe they’ve retained the right management consultants and they have the right people on the project. The final product is not yet complete, but I believe when it is, it will be very beneficial, from a legal and commercial structuring point of view. We see a return of major E&P companies committing capital to deep offshore operations. That’s an area where the programme has been a huge success and has helped the country.
Five years ago, we had a severe shortage of gas and had to purchase it on the open market, which put a strain on our finances. That’s no longer true, as now we are exporting gas. The money used to import is now available for other use.
This is a unique market. We have the major players, but it’s also a good market for mid-sized players and independents. The landscape runs from giant fields to small fields; there are opportunities for everyone. Investment numbers are going up. There is a shortage of rigs, which speaks for itself.

Is Egypt’s infrastructure ready to support its aim of being a regional energy hub?
My assessment is that it is natural for Egypt to become a hub as we are placed geographically at the centre of this activity. And we indeed have infrastructure and market advantages. There is no other market with 100 million people in the East Mediterranean or that has the same infrastructure in terms of LNG plants and the network infrastructure built over 20 years.
We are the natural hub for the trade of gas, which exists in tremendous amounts in this part of the world, and a hub for exporting. I anticipate success in this forum. Plans are underway for other markets to connect via Egypt, both for the domestic Egyptian market or to re-export to Europe.

To what extent is the new Red Sea-related PSA model a step forward?
It’s a huge step forward. The Red Sea is an unexplored frontier market for Egypt. The initiative was clear: to offer a different solution. The minister is thinking outside of the box to provide enough attraction to interest E&P companies in investing in a frontier market. There had to be a different PSA model.
Involving Schlumberger in the seismic acquisition and presenting this data was a successful move. They took on the burden of the initial investment in deepwater and then marketed the data to E&P players under a different PSA. There will be considerable interest and investment as it opens a whole new area on Egypt’s production map.
It falls along the lines of keeping up with the changes happening in the world and in the market, making sure the PSAs and the fiscal regimes are adaptable and are designed to attract capital and investment.

What are NPC’s latest activities and drilling programmes?
We are a leading Egyptian E&P company with operations onshore and offshore in the Gulf of Suez. Since 2014, the company has been developing its flagship SAZ [South Abu Zenima] project. This is the Muzhil field, which was proven but not yet developed.
We began a project to fully develop the field in 2014-2015 with investments of USD 70 million or so in drilling and completing the wells that were drilled and completing the installation and operation of offshore facilities for production. We completed the project and started production in 2016.
We are now into phase two and are drilling two additional wells. We are also planning on drilling exploration wells, as prospects look good. We have taken some time to evaluate all the prospects and we are excited to announce we will be drilling offshore exploration wells in late 2019 or early 2020. The area is prolific and surrounded by giant fields such as the October and Ras Badran fields.
Onshore we have taken on development of another concession called WEEM [West Esh El Mallaha]. We completed the acquisition in 2018 and are planning to fully develop the field there, which is a proven field that was not put into production. We plan to drill two wells and bring them on stream in Q3 2019 and then ramp up production through mid-2020. In 2019, we are drilling three wells offshore and another two onshore. Our mandate is to grow our reserves and production.

What are your expansion plans regarding acquisitions and other areas of potential?
Our target is to be a leading Egyptian E&P player. Our plan is to do that by developing existing assets and acquiring new assets that fit our strategic profile. We’ve had tremendous success getting our projects off the ground in the last three years and will continue to work on them and participate in future rounds offered by the government as well as looking at acquisitions outside the bidding rounds.
Our areas of interest are the Western Desert, Gulf of Suez, Eastern Desert and Nile Delta. The only area we aren’t looking at is deep offshore, which is not suitable for a company of our size.

What is your outlook for the coming years?
For the company, I am optimistic. I think the difficult periods which we lived through when launching our projects and the low oil prices have passed. We are very ambitious, we are drilling aggressively onshore and offshore. Our outlook is growth, growth, growth. We have a mandate to grow and that is our focus.