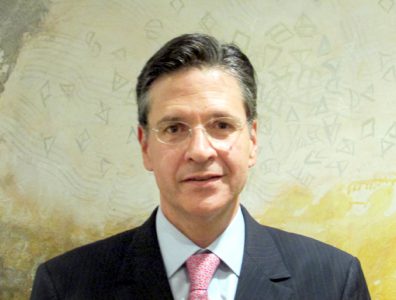 In order to grow, the Mexican Stock Exchange (BMV) must help local companies understand that the country’s financial trading market is open to all businesses that comply with the basic requirements of corporate governance and debt issuance. Following the passing of the Energy Reform in August 2014, the BMV now positions itself for the increased participation of energy companies, which has been distinctly lacking in Mexico’s trading market.

While Mexico possesses one of the world’s most open economies, the Mexican Stock Exchange is smaller than would be expected. As of August 9, 2014, the BMV’s market capitalisation was $573 billion, a figure that represents slightly less than 40 percent of the country’s GDP of $1.26 trillion. Comparatively, the New York Stock Exchange and the London Stock Exchange have market capitalisations of 70-100 percent of their respective country’s GDP. Despite this, the BMV is still the second largest stock exchange in Latin America, following Brazil’s BM&F Bovespa.

Pedro Zorrilla Velasco, the BMV’s senior vice-president of Institutional Relations and Corporate Services, recognises the growth potential of the exchange and hopes to see more participation in the future from companies in the country’s energy industry.

“The major industries missing in the Mexican Stock Exchange are energy. We only have one company devoted entirely to energy, and that is IEnova, a subsidiary of US company Sempra Energy. We expect to see many similar companies entering the market following the passing of the Energy Reform at the end of 2014,” Zorrilla said.

The lack of energy companies the BMV is largely owed to two factors: the previous domination of the energy industry by state-owned Pemex and a business culture in Mexico built on the foundation of family-run companies lacking corporate governance structures.

ATTRACTIVE REFORM: President Enrique Peña Nieto passed the country’s financial reform on January 9, 2014. The law put initiatives in place to promote lending and borrowing in Mexico’s banking sector by increasing competition and lowering the risk banks take on. This was done through the simplification of the collection process on loan guarantees in instances of non-payment.

Before the BMV can experience a surge in participation, some misconceptions pertaining to listing requirements must be cleared up. “It is a common belief that only major players can participate in the exchange, but this is far from the truth. Small and medium-sized companies have just as much to gain from public financing as do large companies,” Zorilla said.

OPEN ACCESS: Several initiatives have been created by the BMV to provide greater accessibility to the market for small and medium-sized companies. One such example is the Electronic Communication Issuer System, designed to reduce paperwork and streamline the application process. Platforms such as the Electronic Communication Issuer System are essential to the growth of the BMV.

The BMV has also implemented the Capital Development Certificate in 2014, a trading instrument designed to allow companies to raise funds on the BMV to finance specific projects or invest in companies using private equity-type transactions.

The certificate is particularly relevant to the Energy Reform, allowing companies to raise money not only for greenfield projects, but also for oil and gas infrastructure developments. The BMV also provides listing services in the debt market to companies, trust vehicles for asset security and structured financing for state-owned companies and local governments.

CULTURAL SHIFT: However, Mexican firms will be unable to take advantage of the trading market until appropriate corporate governance practices promote transparent management and financial activities are institutionalised. Only then will investors feel confident in placing capital in stocks for newly listed enterprises.

These practices are not yet ingrained in Mexican business culture. “The current generation of businessmen in Mexico face the difficult task of transitioning corporations from largely family-owned and privately managed companies to operating on a foundation of corporate governance,” Zorilla said. “The next generation will find corporate governance completely natural in the business environment and will implement principles of transparency from the earliest stage of company development,” he added.