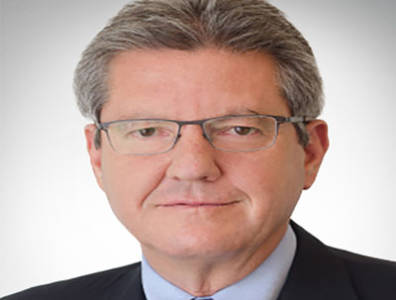 The reforms that were put in place at the beginning of this administration are just fantastic, but the implementation process is causing a bit of trouble.

Jonathan Davis Arzac, chairman of the board of Macquarie Infrastructure and Real Assets (MIRA), talks to TOGY about the where more efforts need to be made to improve the roll out of the energy reform and strengthen the domestic oil and gas industry. MIRA is a global infrastructure asset manager that specialises in sectors including energy.

On the implementation of the reform: “The reforms that were put in place at the beginning of this administration are just fantastic, but the implementation process is causing a bit of trouble. Among those aspects that require more work are the legal assurances and security that the private sector requires to be able to deploy resources and invest money.”

On the need for private participation: “It is very clear that the government doesn’t have enough resources to invest and modernise the oil and gas industry in Mexico. In past years, Pemex fell short in sufficiently investing in research and exploration. To modernise and expand the energy sector in Mexico, we necessarily need the participation of the private sector.”

Davis Arzac also discussed the increasing importance of the firm’s energy portfolio and setting up funds in Mexico to invest in alternative assets. Most TOGY interviews are published exclusively on our business intelligence platform TOGYiN, but you can find the full interview with Jonathan Davis Arzac below.

How can the public and private sectors collaborate to face current challenges and boost investment in the midstream sector?
In general, there are some state entities that are easier to do business than others. Some states have particular problems that others don’t. Having said that, to do a big project, the private sector needs the co-operation of the three levels of government: the federal government, the state government and the municipality.
There needs to be better co-ordination among these three levels of government and there has to be a sense of ownership. Someone at the federal or state level has to have the initiative and the power to co-ordinate the efforts of all levels of government.

What is the current infrastructure gap in Mexico and what is the finance sector’s role in closing it?
Fortunately, the PPP [public-private partnership] law that regulates the association between the public and private sectors was passed several years ago. As of today, that law has not been as fruitful as we expected.
The reforms that were put in place at the beginning of this administration are just fantastic, but the implementation process is causing a bit of trouble. Among those aspects that require more work are the legal assurances and security that the private sector requires to be able to deploy resources and invest money.
For instance, the presidency of all municipalities in Mexico change every three years and the state and federal governments change every six years. At the end of the day, you’re mostly building on municipal land. You therefore need to get assurances that when the change of the municipal president takes place, the terms that were negotiated for your project will continue to be respected and will not be modified. It’s a matter of the highest importance for the investors.

How will Mexico’s 2018 general elections impact new investment in the energy sector?
In terms of the political landscape under the upcoming elections, I’m not that worried because, the energy and other structural reforms were anchored in the Constitution. The executive and legislative powers were very smart in doing this.
Changing the Constitution can’t be done by an executive order that the president issues. You have to go through both chambers, the deputies and the senate, and then you have to have a majority of the states voting in favour. Therefore, I think that it would be very difficult to turn back those structural reforms that depend on the support of most of our population.
Locally, it is very clear that the government doesn’t have enough resources to invest and modernise the oil and gas industry in Mexico. In past years, Pemex fell short in sufficiently investing in research and exploration. To modernise and expand the energy sector in Mexico, we necessarily need the participation of the private sector. The bottom line is that we are protected by checks and balances that would make it very difficult to reverse structural reforms. Therefore, we are not greatly concerned about the upcoming elections, independently of who wins.

How has the banking and finance sector been approaching energy investments following the passing of the reform?
The banking and finance sector are very excited. These energy projects require equity and financing, and the reform represents an enormous opportunity. There’s a lot to be done here in terms of energy and power.
Our banking and financial sectors are very strong and healthy, and therefore, well positioned to channel financing to viable projects in the energy sector. I’m sure that we will discover enormous deposits, and with good technology and appropriated funding, we will be able to extract them at very competitive costs.

What is Macquarie’s participation in Mexico?
Macquarie’s interest in the Mexican market goes all the way back to late 2008. Our worldwide management was seeking to set a footprint in Latin America and by that time, President Felipe Calderón had recently launched the National Infrastructure Programme.
Our first priority when we stepped into this market was to set up a fund that would be nurtured and funded by institutional investors. These investors, were the Afores [Mexico’s private pension fund administrators]. It became natural for us to think that long-term investors with deep pockets, such as the pension funds, were exactly the type of investors we needed for energy, infrastructure and real estate projects.

What are the main investment vehicles that MIRA utilises in Mexico?
MIRA set up the second CKD [development capital certificate] in the market, which was a vehicle designed in early 2009 by the finance authorities in Mexico, allowing pension funds to invest in alternative assets for the first time.
These alternative assets are essentially infrastructure and real estate. CKDs are basically for infrastructure or private equity. For real estate, although you can use CKDs, we have more often used Fibras, [infrastructure and real estate trusts], which are the equivalent of the REITs [real estate investment trusts] in the USA.

How significant is the energy portfolio within MIRA’s Mexico operations?
It has become increasingly relevant. MIRA’s current energy portfolio comprises a small hydroelectric plant in the state of Nayarit that we built from scratch, which is already commissioned and operating. We’re selling the energy to a large commercial firm in Mexico. We are also in the final stage of building a solar park in the state of Coahuila. We will be selling that energy to the state, the municipality and some private users.
The emphasis of the first fund was in renewable energies. The resources are now fully deployed. We don’t have any more capital available in our first fund, but we’re working on raising a second fund, which we hope will be in Q2 or Q3 2017. The new fund will take advantage of the energy reform.
We’re very interested in midstream. We’ve been talking to Pemex and the CFE [Federal Electricity Commission] about potential business opportunities that might arise through the process of the reform. We still have to raise the money to invest, but we feel very optimistic.

Where do you expect MIRA to be positioned within in the next five years?
I’m very optimistic that in the next five years we will have a power-related infrastructure boom in the country. Because of the market opening, this activity is basically gathering attention everywhere.
Based on my experience, I believe we are on the edge of one of the most promising times and potentially rich opportunities to materialise in Mexico. The most important aspects that support our growth path are good macroeconomic discipline, a solid financial sector, an abundance of natural resources, strategic geographical location, a well-developed manufacturing sector and one of the world’s most open economies.
We have a great need to improve or replace the infrastructure that we have and definitively create and build the infrastructure we are missing. More than that, we need to close the current infrastructure gap. That’s when opportunities arise and where investments come in.
If you have the right managers on the ground that know now to efficiently manage their business, have the expertise that comes with specialisation, and the capital and financing capacity to build and operate projects, then you have a winning formula. I expect MIRA to continue on the path we started in 2009 and position ourselves as the infrastructure and energy fund leaders in Mexico.

For more information on MIRA in Mexico, including the company’s plans for further expansion in the domestic energy industry, see our business intelligence platform, TOGYiN.
TOGYiN features profiles on companies and institutions active in Mexico’s oil and gas industry, and provides access to all our coverage and content, including our interviews with key players and industry leaders.
TOGY’s teams enjoy unparalleled boardroom access in 35 markets worldwide. TOGYiN members benefit from full access to that network, where they can directly connect with thousands of their peers.