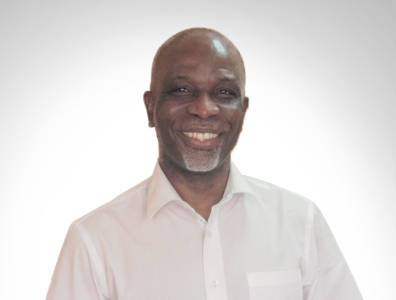 For consumers and business alike, it would be better to set the price of electricity at NGN30 ($0.18) per kilowatt hour, as it would improve the incentives and economics throughout the value chain.

Higher electricity prices would stimulate gas production in Nigeria and reduce blackouts and the need for expensive generators according to comments Dada Thomas, managing director of Nigerian exploration and production company Frontier Oil, made to TOGY. The growth and improvement of the domestic gas value chain is at the forefront of political and industry discussion in Nigeria, a country that combats daily blackouts due to power generation deficits and a lack of available feedstock.

Gas shortages in Nigeria are preventing electricity generation companies from operating at full capacity in a country that is woefully undersupplied with electricity. The shortage of gas as a feedstock for power stations is causing a snowball effect moving down the value chain because undersupplied distribution companies are not getting enough electricity. The transmission company is held by the government, which also fixes the price of electricity and gas. “The transmission company should be decentralised, with each one of Nigeria’s six zones having its own autonomous branch,” Dada Thomas, managing director of Frontier Oil, told TOGY.

RATED RATES: Nigeria has a power shortage of 160 GW. For every 1 million people, the country must generate 1 GW of power to meet global standards of living.

For even half of this capacity, the country would require 736 mcm (26 bcf) of gas production and feedstock per day. As of now, the electricity rate at consumer level is set at $0.06 (NGN10) per kilowatt hour, but due to power shortages and a reliance on generators during blackouts, consumers can pay up to $0.35 (NGN60) per kilowatt hour.

“For consumers and business alike, it would be better to set the price of electricity at NGN30 ($0.18) per kilowatt hour, as it would improve the incentives and economics throughout the value chain,” said Thomas.

With a higher base-level price, the government could raise the price of gas at the production level from the current $2.50 per thousand cubic feet (per million British thermal units), further incentivising gas production for domestic usage. Generation companies would then curtail their feedstock problems and generate more electricity for distribution companies to provide to the transmission entity.

Production, generation and distribution companies would be able to amortise fixed and sunk costs over a higher throughput, increasing per-unit profit margins and allowing for greater investment at all levels. “This simple change would remove the hassle of having to deal with generator mechanics and looking for diesel or petrol along with the safety hazard of storing petrol in one’s own house,” Thomas told TOGY.

RAISING THE BENCHMARK: While improvements have been made to the pricing of gas production, an increase from $1.50 to $2.50 per thousand cubic feet (per million Btu), there is still room for greater parity with international prices.

“The new $2.50 per thousand cubic feet (per million Btu) benchmark has been celebrated, but this is not high enough to be an attractive option to produce gas. If it were raised to around $5 per thousand cubic feet ($5 per million Btu), then it would create a very attractive and comfortable environment. Even international oil companies would want to jump into the domestic gas market,” said Thomas.

Nevertheless, domestic producers can continue to be at the forefront of the gas revolution. “When you look at the landscape of companies investing in gas, most are indigenous firms. As the domestic exploration and production segment continues to grow, gas production can serve as a steady, long-term base of revenue that can help shelter companies from dips in oil prices,” he added.

As of 2014, this pioneer status exemption was limited to downstream projects. The fiscal regime is proving to be a bottleneck to further investment. Pre-tax, 1,000 cubic feet of gas was one-seventh the value of a barrel of oil, as of December 2014. Yet, a gas production project’s capital expenditure is three times greater than that of an oil project.

“With these costs, the production of gas becomes a nice, reliable baseline, but you cannot use it to pay your bills up front, especially if you have just newly invested and are paying off your loans,” Thomas told TOGY.