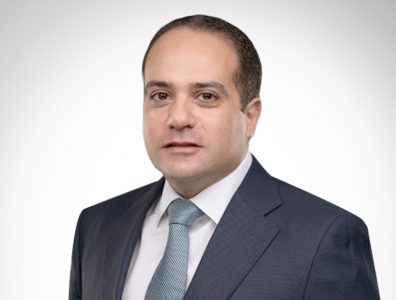 The Nile Delta Basin is a world-class gas basin with a lot of growth potential.

In Egypt, bp sees a gas future in the Nile Delta

Karim Alaa, bp’s regional president for North Africa, talks to The Energy Year about the company’s latest developments in the Egyptian energy industry and its plans and strategy for new projects. bp operates the West Nile Delta development and the Atoll project in the East Nile Delta, as well as participating in various other plays including Zohr.

What are bp’s major recent developments in the Egyptian petroleum sector?
The main development we started in 2021 is Raven, which is the biggest of the five fields in the West Nile Delta project. We’re currently producing an estimated total of around 1 bcf [28.3 mcm] per day from the five fields of the WND combined – Raven, Giza, Fayoum, Taurus and Libra.
We also have developments with Eni – some with a 50% share, some with 25%. In addition to this, we have a 10% stake in Zohr, bought from Eni in 2017. Our other development, the Atoll field, is 100% bp-operated.

What is the logic behind the oil divestments carried out by bp in recent years?
From the early ‘60s, we were a main player in the Gulf of Suez, which lies at the heart of Egypt’s petroleum industry. The Gulf of Suez is a mature basin which will continue to be a major oil production area, but it would be difficult to grow our business further in this area.
The Nile Delta Basin, on the other hand, is a world-class gas basin with a lot of growth potential. So, we decided to focus more on the Nile Delta as the future of our gas operations in Egypt and this is where we have invested billions of dollars building an extensive gas infrastructure.

How will bp be involved in the upcoming bid round and block developments?
Bid rounds are confidential by nature; however, we’re always keen on looking at possible opportunities to expand our businesses, generally at assets close to our existing facilities in line with our current resilient and focused gas strategy in Egypt.

What is your company’s strategy in Egypt for the coming years?
Today, we’ve invested a lot in building facilities and infrastructure. The best approach is to find developments around the area where existing infrastructure can be fully utilised. This will take less time and cost, and the good thing about it is that you don’t need huge discoveries to make it economic. We can pursue smaller, faster developments in proximity to our existing infrastructure, or to the infrastructure of our partners.
We’re now focusing on the next phase for us here in Egypt, which is to undertake different activities, such as seismic. We are planning to possibly acquire the first deepwater ocean-bottom node seismic survey in the Nile Delta over the Atoll field and Atoll North discovery.

What developments does bp have in the pipeline in the East Nile Delta region?
Beyond the Atoll field, we’re planning on developing two projects in the East Nile Delta. These are discovered resources, so they’re beyond exploration. One is Satis West with Eni and the other is Harmattan with Shell.
I would say both may potentially produce around 500 mcf [14.2 mcm] per day, and there is room for further development following our approach of tying them back to existing infrastructure.

What are the details of the Raven field development?
The Raven field is the biggest of the five developments in the West Nile Delta and is now in production. We succeeded in safely starting up production in February 2021.
The production rate from Raven is roughly estimated at around 850 mcf [24.1 mcm] per day and it is very rich gas. We’re producing an estimate of around 27,000 boepd of condensate, so this is a big field. The production flows into a dedicated plant, the newly built Raven plant.