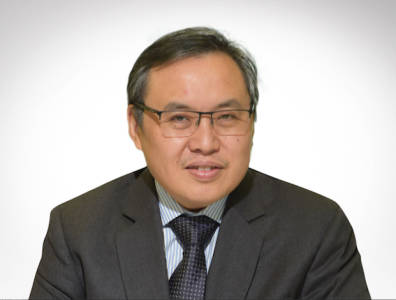 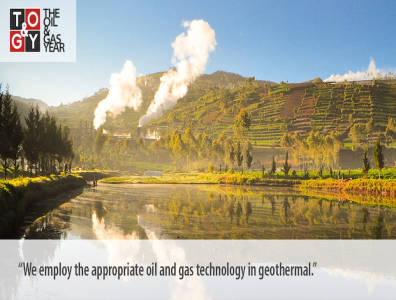 Tan also discussed the challenges associated with growing Indonesia’s energy output. Most TOGY interviews are published exclusively on our business intelligence platform TOGYiN, but you can find the full interview with Hendra Soetjipto Tan below.

• On targeting geothermal: “The target is different from oil and gas. We target steam, which means we need to penetrate the fractures. The steam must have enough pressure so that it can flow through the pipeline all the way to our power plant, and it should have enough enthalpy in which to rotate our steam turbine and generator.”

• On reaching 1.2 GW: “It is a very challenging target for us to grow to 1.2 GW in 10 years. From our three geothermal assets, we generate 227 MW from Wayang Windu, 377 MW from Salak and 271 from Darajat. That adds up to 875 MW and that is where we are today. To grow to 1.2 GW, we will expand the capacity of current geothermal assets and develop two new concessions: Hamiding in the Maluku Islands and South Sekincau in Sumatra. Both areas have very big resources and are among the best geothermal resources available in Indonesia.”

What is the company’s presence in Indonesia?
We began Star Energy Geothermal back in 2004. The first acquisition we made was the 110-MW Wayang Windu geothermal power plant. In 2009, we completed the construction of the second unit, capable of generating 117 MW of electricity. Since then, we have had two more “rights to match” in Hamiding in Maluku Island and South Sekincau in Sumatra.

Can you explain the “right to match”?
Basically, the developer will be asked how much money they will pay and how much they want to spend. We have the right to match anyone’s proposals.
We are going to explore for the Hamiding, so we are currently asking for the PSPE [Assignment of Preliminary Survey and Exploration]. It is basically a direct appointment and commitment to explore and drill a specific number of wells within a certain period of time. Our current commitment is a single 2,000-metre well. Ultimately, we expect to spend USD 8 million-10 million on the project, with USD 5 million-6 million earmarked for drilling.

Are there any drilling requirements specific to geothermal that are different from oil and gas?
The target is different from oil and gas. We target steam, which means we need to penetrate the fractures. The steam must have enough pressure so that it can flow through the pipeline all the way to our power plant and it should have enough enthalpy in which to rotate our steam turbine and generator.
There are many technical questions that we need to address to maximise our drilling results: where the fractures are, from which fractures the steam flows, how to hit different and multiple fractures to maximise well output and how to take out drilling cutting in the most efficient way to avoid stuck pipe.

What technology do you use to locate these fractures?
We employ the appropriate oil and gas technology in geothermal. For example, we use borehole image logs and pressure-temperature spinner surveys in identifying the locations of the permeable zones. You could say that we have “geothermalised” some oil and gas technology and used these technologies in geothermal exploration and development. Using the combination of technology above, we are able to characterise the open fractures at our geothermal fields. This information is used when we drill make-up wells in those fields.

What are the operational challenges involved in drilling geothermal wells?
There are several challenges, which are high reservoir temperatures of 200-300 degrees Celsius, and sometimes higher; hole cleaning issues and swelling clay formation. To mitigate these problems, we integrate multidisciplinary datasets and a multifunctional team prior to drilling a well. The team will identify a problem in a particular well, and utilise the appropriate mud formula, deviation angle and rig equipment.

How many wells have you drilled since 2005 and what is your success rate?
Since 2005, there have been about 88 make-up wells drilled in the three geothermal asset areas. The company has a success rate of around 80%. For exploration drilling in Indonesia, the company has a success rate of about 67%. The success rate was lower because when you first start exploring, you have limited information about the sweet spots, which are the locations where you can discover commercial temperature, permeability and chemistry. If you are not successful in getting productive wells, you will lose USD 8 million–10 million per well.

Can you discuss Star Energy’s growth targets in greater detail?
It is  a very challenging target for us to grow to 1.2 GW in 10 years. From our three geothermal assets, we generate 227 MW from Wayang Windu, 377 MW from Salak and 271 from Darajat. That adds up to 875 MW and that is where we are today. To grow to 1.2 GW, we will expand the capacity of current geothermal assets and develop two new concessions: Hamiding in Maluku island and South Sekincau in Sumatra. Both areas have very big resources and are among the best geothermal resources available in Indonesia.

What variables are affecting Indonesia’s growth?
The government of Indonesia plans to develop 5 GW of electricity from geothermal resources by 2027. In my opinion, it is very challenging. The first obstacle is the permitting licence. It takes a very long time to get the licence and explore an area. I know the government has done a good job of cutting down on a lot of permitting and bureaucracy, but it still takes three to four years. Second, some of the areas are actually located in World Heritage sites, even in Sumatra. How can we resolve that?
Besides permitting, there are also community issues. People living in these areas do not really know about geothermal and whether or not it is bad for the environment. They are afraid the drilling activities will lead to catastrophic flooding that will cost thousands [of people] their homes. Sometimes, these sites are in sacred places such as Bali. If you take these factors into account, you are talking about seven to 10 years to finalise the project from beginning to end.

What are the economics associated with a 10-year field development?
Within the first 10 years, you will allocate many resources for exploration and development activities. First, you need to conduct geological surveys that cost at around USD 1 million-2 million, then you need to drill  one to three exploration wells. However, before exploration drilling can be done, you need to build the infrastructure associated with the development, such as roads, bridges and other supporting infrastructure. This will take you around five to seven years. Just for these site preparation and infrastructure, you will easily spend USD 50 million-100 million.
If everything goes well, in year seven you can start to drill development wells, construct the power plant and other supporting facilities, which will take around two to three years.  To give you an idea, it costs around USD 4 million-5 million to produce a single megawatt of energy. In summary, before you see any money come in, you will need to drill 10 wells and spend around USD 300 million for a typical 55-MW geothermal power plant.

What is the outlook for geothermal in Indonesia?
Not every country has geothermal potential. Certainly, those are the areas that the government should focus on, to develop alternative sources of energy rather than depending on coal, diesel or gas. Obviously, green energy is more environmentally friendly, but the cost is more expensive than coal or gas. I think the question is how to make it more economical and attractive for investors. One way is by instituting a tariff that meets the economic return. The second would be tax incentives for renewable energy companies. Those are the things that the government should be willing to consider for geothermal producers to compensate for drilling and to stimulate investor interest in the geothermal industry.

For more information on Star Energy Geothermal in Indonesia, including the company’s opportunities in geothermal exploration, see our business intelligence platform, TOGYiN.
TOGYiN features profiles on companies and institutions active in Indonesia’s oil and gas industry, and provides access to all our coverage and content, including our interviews with key players and industry leaders.
TOGY’s teams enjoy unparalleled boardroom access in 35 markets worldwide. TOGYiN members benefit from full access to that network, where they can directly connect with thousands of their peers.