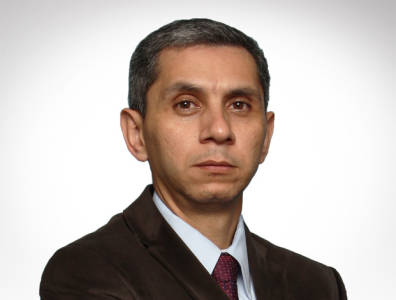 If [Pemex] continues to be run properly, it will become quite a significant player, not only in Mexico, but at an international level.

Mario Gomez, managing director at Servicios Petroleros Olimpia, talks to TOGY about developments in Mexico’s upstream sector, why partnerships are essential to Pemex’s future success and the benefits of carrying out projects in an integrated way.

Founded in 2017, Servicios Petroleros Olimpia is a Mexican oilfield services provider concentrating on onshore operations, for both geothermal and oil and gas projects. The company provides integrated services for well development, design and construction of wells, well optimisation and well management.
Currently, about 80% of Olimpia’s portfolio comes from oil and gas.

• On the energy reform: “Fortunately or unfortunately, Pemex had to reinvent itself. When the reform arrived, it opened the market to private operators with much greater efficiency, exaggerated cost reduction and very different views of the oil business. For private companies, the oil business is having rather high profitability with relatively low investments.”

• On integrated services: “Having an integrated portfolio allows you to analyse the risks, the advantages and disadvantages from every perspective. Then, you can balance this and present the information to the client in a more reliable way, because the relationship is much more direct. If there are many companies involved, sometimes risks and problems are concealed and in the end, the well or field owner will have to deal with it.”

Most TOGY interviews are published exclusively on our business intelligence platform TOGYiN, but you can find the full interview with Mario Gomez below.

What is the near-term outlook for Mexico’s onshore upstream activity?
We already have indications of a potential increase in activity, especially with private operators that were awarded blocks in Round 1.3. We have found that there is a period of 12-15 months where operators, after being awarded projects, devote themselves to preparing their action plans. The ones that were awarded a year and a half ago are the ones that are now beginning to show some activity. They are beginning to have tenders and do some simple works related to infrastructure, civil works and operations.
We are already beginning to see oil barrels produced by private industry. They are already being traded and things are starting to move. There are 16 or 17 companies that have won licences and two or three have started producing. In six months, all of them have to be operating essentially at 100%, so pretty soon we will begin to see more private production.
The same thing will happen in two years. The winners of rounds 2.2 and 2.3 will need those 12-15 months to get ready. By around the third quarter of 2018, they will be at a similar stage as the winners of the previous rounds. We will have activity that will be more or less constant, since some players will begin to increase their activity as others move on to the next stages, and there are still other rounds to come.
Fields that will be awarded in Round 2.4 for unconventionals should begin producing in the first or second quarter of 2019. Thus, we will have spikes in activity and we hope that from then on, things will be much more stable in private-sector production.

How will these smaller onshore fields contribute to Mexico’s overall production?
Pemex has had a lot of activity onshore. It is well known that in 2008 and 2009, northern Mexico experienced thriving activity in Chicontepec and in all the field laboratories that were assigned to oil services companies at the time. Sadly, due to domestic circumstances that occurred such as the reorganisation of Pemex and cuts to the federal budget, in addition to the global activity drop and all that happened with the energy reform, those fields were left unattended.
Those fields have huge potential and Pemex is thinking of contractual ways to reactivate them. These are fields that are considered as closed, but that have great potential in terms of remaining reserves. Some public numbers indicate almost 4,000 closed wells; therefore, services companies have great opportunities to analyse the reactivation of those wells. There are all types of hydrocarbons in those fields: heavy and light crude, condensate, gas. This is quite an attractive mixture for companies to study and based on their results, propose different business models to Pemex.
One has to deal with Pemex because these wells were not given to the CNH [National Hydrocarbons Commission]; they are still under Pemex’s control. The problem is the budget. This is where new models come in. A part of development has to be financed, a part has to be done with the help of private investors to exploit the hydrocarbons that are waiting in those fields.

How has the energy reform transformed the domestic upstream sector, particularly with regards to Pemex?
Fortunately or unfortunately, Pemex had to reinvent itself. When the reform arrived, it opened the market to private operators with much greater efficiency, exaggerated cost reduction and very different views of the oil business. For private companies, the oil business is having rather high profitability with relatively low investments.
Pemex was used to being the only company and having the government working with it, for better or worse. The positive aspect was that Pemex managed the oil surplus and this acted as the government’s petty cash. The negative part was that, faced with any problem, the government intervened. Now it is no longer like this. Pemex is on its own.
This reinvention that it is doing at every level is putting the company in a position where if it continues to be run properly, it will become quite a significant player, not only in Mexico, but at an international level. That is where the company should aim to evolve.

Taking this into account, how will Pemex naturally evolve?
The company can expand beyond Mexico and become a private operator, as other state-owned oil companies such as Petrobras, Ecopetrol and Statoil did. From one moment to the next, those companies changed their philosophies and became some of the biggest operators worldwide.
Pemex surely has this as a very clear vision, because it has a vast experience both in human capital and all all these years of being Mexico’s national producer. The company can benefit from this and take its business beyond Mexico’s borders.
Pemex must begin laying these foundations, initially helped by private companies, which is the correct way forward. The farm-outs and all these other business models involving partnerships will be advantageous for the company’s learning and ability to operate internationally on its own.

Can the integrated services model be a leading framework for the Mexican oil and gas industry?
There has been a migration from discrete services provided by 10 or 15 independent companies to integrated projects. In Mexico, we have already learned this lesson. About 10 or 15 years ago, almost all Mexican oilfield services were discrete services. To drill a well, a company supplied the drill bit, another supplied the the directional drilling motor, another provided the fluid, another had the drilling equipment and another managed solids.
Now, the more integral the field management or drilling is, the more profitable it is for the operator because he only has to deal with one company and that company is going to handle every inconvenient situation that could come up during drilling. Ten years ago, you had to talk to 10 companies, which would blame each other for problems that could be either very simple or very complicated. In an integrated project, the whole operation is under one company, from equipment management to drilling management to management of third parties and even the production itself.
Even Pemex has experienced that the more integrated a project is, the easier it is to manage and accomplish the goals that have been set. Having an integrated portfolio allows you to analyse the risks, the advantages and disadvantages from every perspective. Then, you can balance this and present the information to the client in a more reliable way, because the relationship is much more direct. If there are many companies involved, sometimes risks and problems are concealed and in the end, the well or field owner will have to deal with it.

What is the potential for Mexico’s oilfield services sector in the regional context?
At the Latin American level, Mexico has always been a reference. Many of the lessons that have been learned here are currently implemented worldwide, not only in Latin America.
Perhaps the energy reform arrived a bit late. Some Latin American countries began earlier and now have much more control over this whole process. Nevertheless, the reform was necessary. Properly handled, with the entrance of new players and with the support of all the government entities, Mexico will have results to show in two or three years, tops. We will not only recover the production we had two years ago, which was 2.5 million-2.6 million bopd, but we will surpass it.

What must happen for Mexico to be able to increase production in the long term?
The important thing here is to continue to believe in investing. Fortunately or unfortunately, a lot of money must be invested before results are able to be seen. This happens at every level, from the perspective of Pemex, as well as from private operators. The investment comes first, but we can say that this is an almost risk-free investment due to all the potential we have here. One simply has to rearrange priorities, which is what Pemex and private operators are doing
As SENER [Secretariat of Energy] itself has stated, in approximately 2022, Mexico should have a production of about 3 million bopd, which is very good for such a tortuous energy reform, because all the different adversities that emerged during the 2014-2015 period, where the price of oil dropped, followed by the Pemex budget cuts and the devaluation of the peso.
This is the goal and we cannot deviate from it. The course is correctly set and there’s still a long way to go, but it can be done, because we have the potential. It is not built on something non-existent. This reform has very solid foundations and it is just a matter of continuing to believe in this, promote the Mexican industry and support private, local operators that will start having more importance in the market and in Latin America later on.

For more information on the progress of Mexico’s energy reform, see our business intelligence platform, TOGYiN.
TOGYiN features profiles on companies and institutions active in Mexico’s oil and gas industry, and provides access to all our coverage and content, including our interviews with key players and industry leaders.
TOGY’s teams enjoy unparalleled boardroom access in 35 markets worldwide. TOGYiN members benefit from full access to that network, where they can directly connect with thousands of their peers.