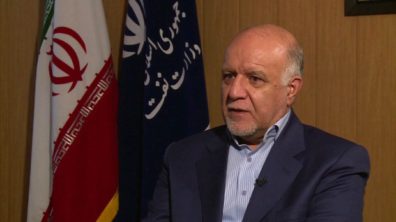 "Can we wait and not produce after lifting the sanctions? Who can accept it in Iran."

CNN’s John Defterios recently spoke to Iran’s Oil Minister Bijan Zanganeh about the impact of the possible lifting of international sanctions. Speaking in Tehran, Zanganeh said that that he expected Iran to achieve a daily production figure of 4.2 million barrels by “around the end of next year.”

On the topic of Saudi Arabia’s strategy to maintain oil production levels, the minister said, “After one year the reaction of the market and shale oil producers […] shows us it has no important effect. And I think we are going to the point […] to decide how to manage the market.”

Iran has the fourth biggest oil reserves in the world and is pumping about 2.8 million barrels a day. Analysts expect the OPEC producer to add between 600,000 and one million barrels to output once sanctions are lifted, but Zanganeh told CNN he expects the figure will be higher.