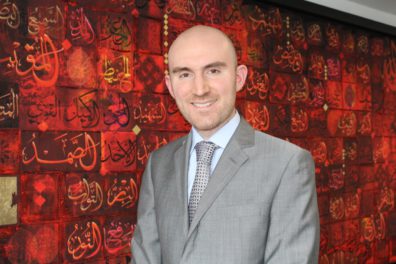 "Even if there is appetite to invest in Iraq, the lack of financial infrastructure to support investment remains a major impediment."

The rise of Islamic State (IS) militants and the havoc wreaked across the country has made 2014 a difficult year for Iraq. Civil unrest has hugely impacted government expenditure. The shortfall in the government’s budget has led to a situation whereby it is now imperative that an effort is made to bring private capital into the country. Internal obstacles have to be removed and it has to integrate with the global investment community.

SIGN OF THE TIMES: In Iraq, there are only one or two companies that operate in private equity, despite the vast market. The international private equity and private investment community is very hesitant to participate in the country.
While there are names, people and emblems that are accountable to a certain extent, there is a huge counter-party risk when engaging in Iraq. The problem is that the country has a complete lack of transparency. Knowing whom you are dealing with is almost impossible and the associated financial risk is very real.
In some ways, Iraq is a bit unlucky because of the era we live in. Thirty years ago, before the Internet age, it was easier to invest spontaneously as the whole culture of investment was different.
The current investment community puts a premium on the availability and accuracy of information. In Iraq, investors are faced with a market where getting accurate data is difficult when studying a project in the country.

CRUEL IRONY: Vast resources are being diverted to military expenditure and to increasing upstream production, to offset the impact of decreasing oil prices. The export infrastructure for that oil also requires significant expenditure.
All this poses a dilemma for the government. Before Islamic State militants emerged and oil prices collapsed, there was discussion as to whether Iraq was spending too much on its oil and gas industry instead of allocating more resources to sectors such as education and healthcare.
While the oil and gas industry is obviously important, Iraq has other potential revenue sources, such as agriculture and religious tourism. Breathing new life into these sectors is important, as is spending on education. All this should have been possible without affecting the rehabilitation of the country’s oil and gas infrastructure. The government is now hoping that the private investment community is stimulated to invest in the non-core sectors of the economy.
The Grand Faw Port development project is a prime example. It was first announced in 2005, but never materialised due to mismanagement. Only now are the National Investment Commission and the Ministry of Transport calling for investors to carry out the $7-billion construction project. While it is a good idea, it could take as long as 10 years to construct.

THE RIGHT ENVIRONMENT: Even if there is appetite to invest in Iraq, the lack of financial infrastructure to support investment remains a major impediment. The Ministry of Finance to this date has been unable to issue sovereign guarantees.
The ministry’s inability to issue new credit instruments due to financial impositions imposed under the UN Chapter 7 charter, imposed on Iraq following the invasion of 2003, has played a major role in slowing down the development of a domestic financial sector.
The country has recently emerged out of the Chapter 7 restrictions, but the legacy is one of confusion. When combined with the lack of a transparent investment law, there is tremendous uncertainty into what sort of credit instruments are permitted and realistically achievable to finance major projects. A breakthrough deal is yet to materialise.
Simply selling investments to investors is not enough for private investment to flow into the country. It is also about providing a safe financial environment. There are many companies wealthy enough to take the risk for small projects.
However, investors generally want some sort of protection, especially when there are security risks as well, on larger projects. Even though some investors are willing to take security risks, they will not take financial risks.

MAKE THE CONNECTION: More players need to enter the market to fill the gap between the international financial community and Iraq. However, the banking community in Iraq is not standardised. On top of that, both the investment law and the law on public-private partnerships remain incomplete and non-congruent with international standards.
Going forward, corporations in Iraq, public or private, must become accountable. They need to follow international accounting standards and be able to present data that is accurate.
Reliable information will also help to create a more balanced assessment of the Iraqi market. Not all of Iraq is a conflict zone. That is an important consideration, as many investors simply do not know any better.