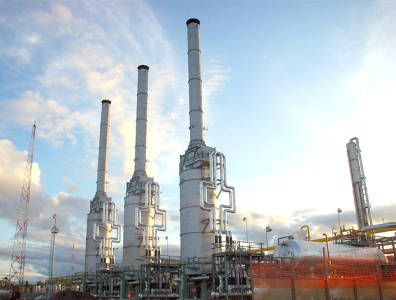 Deep in the Peruvian Amazon at the Camisea development, there is a solution at work: a technique called offshore-inland development.

Islands in the forest: Offshore-inland development of Camisea

Oil and gas developers and conservationists rarely see eye to eye, particularly when it comes to the Amazon rainforest. Both groups have good reason to care deeply about the area. The western Amazon is one of the most biodiverse areas in the world, and groups of indigenous people living in voluntary isolation call it home. It is also the site of huge hydrocarbons reserves.

The Camisea gas project is one instance in which environmentalists and oil players have come to a middle ground, which happens to be on an “island” deep in the Peruvian jungle.

The traditional way to develop a field in the depths of the rainforest is first to clear a road to the drilling site so materiel and personnel can be moved to where they are needed. However, roads are one of the largest contributing factors to deforestation in the Amazon. Not only do they cause direct damage to the forest, they also make remote regions accessible, thereby opening up previously untouched areas to the risk of unregulated logging and hunting activities.

Deep in the Peruvian Amazon at the Camisea development, there is a solution at work: a technique called offshore-inland development. By treating a project located deep in the rainforest as an offshore development and using only air and river transportation, there is no longer a need for roads.

The massive Camisea gas project, which produces some 45.3 mcm (1.6 bcf) of gas per day, uses this offshore-inland model. The project made use of a mere 7 percent of the land allocated for development and moved more than 635,000 tonnes of equipment to the site by helicopter and boat during the development phase.

The produced gas is transported to a processing facility at a nearby town via a 33-kilometre subterranean pipeline. After its construction, the rainforest above the pipe was left to grow and reclaim the land. Today the pipeline is only visible at river crossings.

Although no hydrocarbons extraction project can completely avoid having an environmental impact, the offshore-inland method can mitigate many of the problems associated with such developments, and Camisea can serve as a model for future oil and gas production in the Amazon.