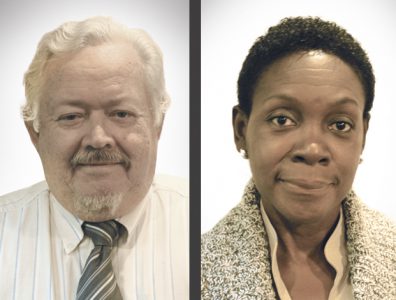 We are optimistic that the fiscal incentives introduced in September 2013 will jumpstart the upstream sector. It will take a year or two to see tangible results.

Recent fiscal tax incentives have coincided with growth in exploration in Trinidad and Tobago, yet gas supply is down. Partners in Trinidad law firm J.D.Sellier+Co., William David Clarke and Donna-Marie Johnson, discuss the impact of the new tax rules. J.D.Sellier+Co. advises local and foreign clients on gas supply contracts for their plants, production-sharing contracts (PSCs) and other industry deals.

There are some difficulties that upstream players have experienced in being able to operate under the country’s fiscal framework, but the government has recently taken steps to address these issues.

The underlying challenge in Trinidad and Tobago’s exploration and production sector was the fiscal tax regime. This was evident in the Petroleum Profits Tax, which encompasses a 50-percent tax on operational net profits except for deepwater, which has a 35-percent rate.

UPSTREAM PORTFOLIO: In 1981, the government introduced a windfall profit tax. At the time, oil prices were skyrocketing but costs increased as well. Initially, oil was the predominant downstream product for the country, while gas was wasted. Today, gas has essentially taken over.

Several years ago, the country made a conscious decision to leave shallow water and explore deepwater blocks in the hope of discovering more gas. Fiscal incentives became necessary as the country started exploring deepwater blocks. In 2014, a number of the major international players and multinational companies appeared to have improved and increased their upstream investments, presumably as a result of the 2013 tax reforms.

This pronounced trend has in turn caused difficulty for operators in the gas industry. This is because in the last two years, major gas curtailments within the upstream sector have made it more challenging to supply gas in the increased quantities necessary for large companies’ operations.

National Gas Company (NGC), wholly owned by the state, has claimed that maintenance activity by upstream companies remains the reason for the up to 20-percent gas curtailments at downstream facilities.

NGC has stated that a reduction in supply decreases output and this is because of continuous maintenance activity and the country’s inability to establish new wells and infrastructure. For Trinidad and Tobago, the result is disruption and a temporary shutdown of offshore producing assets.

NECESSARY MAINTENANCE: NGC has had to inform an increasing number of customers that it cannot supply their plants with the required gas. This means plants cannot produce at optimum capacity. Maintenance is undertaken during a period of short supply, but this affects budgeting and the company’s bottom line.

Our firm recognises that issues related to gas curtailments create problems in the upstream. However, we are optimistic that the fiscal incentives introduced in September 2013 will jumpstart the upstream sector. It will take a year or two to see tangible results.

ATTRACT INVESTMENT: An encouraging sign is that the government recognised that it needed to attract upstream foreign investment to the country. InvesTT Trinidad and Tobago, a national agency promoting investment, has taken up the initiative to assist foreign investors as well as local companies that need help with project start-up logistics and legal processes.

The agency assists local and foreign investors with establishing or acquiring an interest in a project as well as expediting required notifications, approvals and licences from the of trade and investment ministry and the Ministry of Finance and the Economy.

Similar measures to ramp up foreign investment are evident in the introduction of the taxable PSC a couple of years ago. The government has now introduced a PSC where most of the contractors’ taxes are paid out of the proportion of profits derived from oil.

Compared to the prior tax regime, the resulting acceleration of allowances will provide a substantial cash flow benefit to petroleum companies and should positively impact investment decisions with regard to exploration.

Further, incentives for deepwater have been added as the country tries to generate more activity in marine areas. This remains vital in improving the upstream sector. As it stands, the country needs to find additional areas for gas production because of the threat of depletion and a worrying gas reserves-to-replacement ratio that is less than 100 percent.