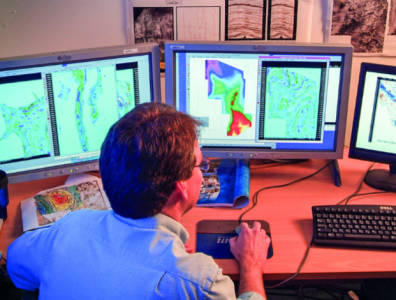 Kuwait’s Lower Fars Heavy Crude Oil Scheme is expected to be one of the largest and most ambitious upstream projects of the Middle East. With a budget estimated at $7 billion, the Kuwait Oil Company (KOC) aims collect large amounts of data and drill hundreds of wells to extract heavy crude oil from the Ratqa field in North Kuwait.

Kuwait’s Lower Fars Heavy Crude Oil Scheme is expected to be one of the largest and most ambitious upstream projects of the Middle East. With a budget estimated at $7 billion, the Kuwait Oil Company (KOC) aims collect large amounts of data and drill hundreds of wells to extract heavy crude oil from the Ratqa field in North Kuwait.

The project is part of the country’s 2020 production goal of 4 million barrels of oil per day (bopd), which will necessitate overcoming the challenges of extracting its heavy crude.

After an initial 2007 deal with ExxonMobil was abandoned, planning has resumed with the front-end engineering design by Australian consulting firm WorsleyParsons concluded in 2012 and phase one construction tenders expected to be awarded in the third quarter of 2014. Construction on this first phase is anticipated to begin in the second half of 2014 and be complete in 2018, with a production of 60,000 bopd. An eventual capacity is targeted at 270,000 bopd by 2030.

THE COMPLETE PACKAGE: Located in a remote northern area of Kuwait, the Lower Fars project encompasses a comprehensive set of production segments, from upstream to downstream. It includes a steam injection facility, a central processing facility (CPF), a production support complex, a tank farm and a 270,000 barrel-a-day pipeline, which will transport heavy crude oil to the planned new Al Zour refinery in the south of Kuwait.

The project’s engineering, procurement and construction schedule will begin with the building of crude oil CPF, followed by a water treatment plant and hazardous waste disposal treatment plant for water effluent. A second phase will include an infield pipelines system, a water supply inlet pipeline to the CPF from Utilities Development Company’s Sulaibiya water treatment plant and a 165-kilometre export pipeline with a 61-centimetre diameter. Subsequent construction will include local production and offsite infrastructure and utilities.

TECHNOLOGY ON BOARD: The project’s phase one includes data collection, drilling operations for hundreds of wells and the performance of pilot cases and enhanced oil recovery techniques. It will further see the construction of water treatment facilities and related infrastructure.

Various extracting technologies will be used, beginning with cyclic steam stimulation and followed by steamflood technology for higher recovery and a longer production plateau. The technique will require infrastructure including steam injection and storage facilities as well as pipelines.

The Lower Fars programme will also mark the first use of enhanced oil recovery (EOR) techniques in a commercial project in the country, as distinguished from experimental projects. A number of these EOR approaches will be deployed on a pilot basis, with experimentation intended to maximise output and, eventually, extend the field’s production lifecycle.

The project will be the first operation in Kuwait to employ the EOR method of cyclic steam stimulation. This technique involves three stages: steam injection, a soaking period and production.

ONCE STALLED, NOW IN MOTION: When a 2007 preliminary deal for the development of the Ratqa field was reached with ExxonMobil, the US super-major projected the field’s Lower Fars reservoir could yields 700,000 bopd by 2020. However, KOC abandoned the joint-development plan, and Hashem Sayed Hashem, CEO of the KOC, announced in September 2013 that production at the field was likely to be lower than initial forecasts, projecting only 120,000 bopd by 2020.

In November 2012, KOC invited firms to prequalify for the project’s design and construction, including detailed engineering, technical support during procurement, construction, commissioning, startup and turnover of facilities using cyclic steam stimulation. A formal tender was launched in late 2013 with an initial deadline set for May 11, 2014. Hashem announced that decisions would be made by October 2014. The KOC head said in April 2014 that all of the international engineering, procurement and construction contractors were actively participating in the bid.