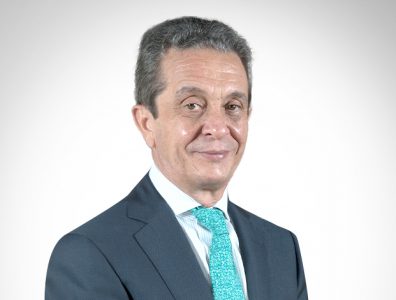 Natural gas is clearly the fuel of the transition and its role is increasingly prominent in the energy mix.

José García Sanleandro, president of the Mexican Natural Gas Association (AMGN), talks to The Energy Year about how Mexico's energy transition can be served by its rich natural gas resources, the strength of virtual pipelines and how the AMGN is influencing the gas sector. The AMGN advocates for the advancement of Mexico’s natural gas sector and the interests of its participating companies.

How can Mexico more effectively monetise its rich natural gas resources?
We know that our country has large reserves of natural gas, as the Ministry of Energy has stated. At the same time, demand has been growing, so both the federal government and the private sector have taken measures to meet the country’s fuel needs.
Along these lines, the construction of infrastructure has grown during the last decade to take advantage of the location of the country, which has registered the lowest prices in the world for several years. This represents greater competitiveness against other markets, for both Mexico and the industries.
Natural gas is clearly the fuel of the transition and its role is increasingly prominent in the energy mix. Together with renewable energies, it is ideal to fight climate change and achieve the UN Sustainable Development Goals. Therefore, we certainly agree with the federal government’s policy of boosting domestic natural gas production and taking advantage of the country’s existing resources.

What legal and operational measures are being taken in Mexico to reduce or even reuse the gas that is still being flared today?
Methane emission or flaring into the environment certainly has an impact. For several years, various efforts have been made to reduce natural gas flaring during extraction. An example could be the reinjection of gas to maintain production pressure in oil and gasfields. In addition, our country already has regulations in this respect. In fact, Mexico was the first country in the world to regulate GHG emissions throughout the hydrocarbon value chain, and we are confident that the Mexican government will continue on this path for the benefit of everyone’s health and well-being.

What progress and challenges has Mexico seen in natural gas utilisation in terms of accessibility, availability and affordability?
In the last 10 years, natural gas transport infrastructure has grown, and a clear example of success was undoubtedly Bajío. There, the arrival of this fuel caught the attention of many industries – mainly automotive – resulting in jobs as well as economic and social development.
This example shows that it is essential to bring natural gas to the whole country and, for that, we need two things: firstly, we need to increase the supply of natural gas in the country and secondly, we need to build new transmission and distribution infrastructure. The first point is in line with the federal government’s vision of increasing local production while also taking advantage of our geographical location, since one of the areas with the greatest supply and prospective resources in the world is just a few steps away from our border. This allows us to have highly competitive prices, which is a competitive advantage for the country.
If we also boost activities such as storage, this would undoubtedly allow faster progress of the availability of this fuel throughout the country, especially in the south-southeast, where there have been restrictions on access to the economic and social benefits offered by natural gas for decades.
The second point is a fundamental part of this framework. Without transport and distribution infrastructure, it is almost impossible to provide services to states that don’t have it yet. There are cases such as Morelos, where so-called virtual pipelines have enabled natural gas supply and demand generation, boosting the development of physical pipelines. For our part, all companies have the will to continue investing and ensure that Mexico obtains the infrastructure that it is still lacking today.

How strong are virtual pipeline alternatives such as mini-LNG and CNG solutions? How important is the private sector in this regard?
Thanks to natural gas transportation by means other than pipelines, companies and populations can now have access to this fuel and enjoy its benefits at a competitive cost and in a safe manner. There are states whose geography makes it almost impossible to use traditional gas pipelines, so private initiatives have played a preponderant role. There are companies specialised in this technology that transport and distribute compressed or liquid natural gas in containers or tanks. Different industries use this method –the mining, hospitality and manufacturing sectors, among others. For them, natural gas represents greater competitiveness.

How is natural gas vehicle (NGV) adoption and acceptance progressing in Mexico? What steps are being taken to expand the network of workshops, NGV refuelling stations and natural gas compressor stations?
NGVs have benefits both for consumers and the general population. For example, for owners of public transport units such as taxis, vans, trucks and buses, it costs up to 40% less than petrol, which is directly reflected in their pockets. On the other hand, NGVs do not emit solid particles that generate pollution, which also benefits Mexican citizens’ health.
However, Mexico still has a long way to go. Other countries such as Colombia and Argentina already have a significant number of cars using this fuel, while in our country we have around 80 stations – including public and self-consumption – to serve just over 54,000 vehicles, which represent barely 1% of the total number of vehicles circulating in the country. In view of improving air quality in urban centres, NGVs represent a short-term solution with a positive economic impact on consumers, particularly taxi drivers, who are the main consumers.

To what extent is natural gas the answer to Mexico’s energy transition process in Mexico?
Natural gas is known as the transition fuel. At AMGN, we consider it the best fuel to be used in parallel with renewable energies. The goals of the UN’s 2030 Agenda for Sustainable Development and the fight against climate change require us to reduce GHG emissions. In this sense, natural gas represents a reduction of about 50% compared to other energy sources such as coal, and 30% less compared to liquid fuels.
For this reason, natural gas is a key element to keep promoting the protection of our planet. Together with renewables and energy efficiency projects, it is a fundamental part of a more environmentally friendly economy. Combining it with other types of energy makes it possible to eliminate the use of more polluting fuels that are harmful to the population.

In what ways is the AMGN driving the natural gas sector and its regulations in this country?
The AMGN has been working to promote the use of natural gas in Mexico for more than 30 years. Monterrey was one of the first cities in the country to be supplied with this fuel. Since then, other entities have been incorporated, such as Mexico City, the State of Mexico, Jalisco, Coahuila and Tamaulipas, among many other states.
The permanent communication with the three levels of government and regulatory bodies is a fundamental part of the work carried out by the AMGN. We aim to collaborate in the construction and consolidation of a healthy market, under clear rules and in strict adherence to the rule of law.
Therefore, we actively participate in the elaboration and improvement of rules and regulations. Our objective is to create a robust legal framework for the benefit of all consumers and, above all, for the sustainable economic development of our country.

What tangible objectives does the AMGN have to drive the sector forward in 2022?
Our priority is to promote natural gas as a fuel that provides businesses with competitiveness, is environmentally friendly and highly safe. We will continue to promote projects, mainly those aimed at bringing natural gas to the south-southeast of Mexico, and thus boost economic development and job creation in that region, without neglecting the consolidation of infrastructure in states that already have a supply.