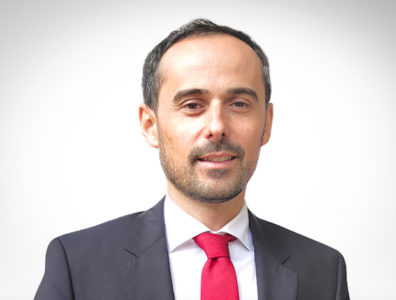 The level of imports is growing even more, creating additional needs and opportunities for private players to step into the market

New opportunities in store for players in Mexico

Ricardo Diogo, director of business development in Mexico for Oiltanking, talks to TOGY about the country’s substantial capacity for investment, the learning curve associated with energy reform and how the pace of reform can be maintained ahead of the 2018 presidential election.

Oiltanking Mexico owns and operates independent crude, chemicals and fuel storage terminals. The company is looking into private projects that include import facilities and storage on both the Pacific and Gulf of Mexico coasts. Oiltanking plans to establish operations in Mexico by 2018; its strategy is to enter the market through the acquisition of terminals with a partner or as a standalone entity.

On the learning curve: “Local private companies are trying to gain the experience of international companies, to better understand how oil and gas companies other than Pemex operate. Pemex has worked in its own world for 80 years and it now has to open up to the market. It is a learning process.”

On market competition: “Mexico needs investment, and it needs Pemex to play in the market as a competitor. It will still have a lot of power over the majors, but it needs to open up and let others play with it or alongside it, to bring more dynamism to the market.”

Most TOGY interviews are published exclusively on our business intelligence platform TOGYiN, but you can find the full interview with Ricardo Diogo below.

What is Mexico’s current demand for hydrocarbons storage and transportation?
Crude oil production is still declining and the optimisation of refineries right now is very limited. The capacity to refine at existing assets is limited.
The level of imports is growing even more, creating additional needs and opportunities for private players to step into the market – it is all still dominated by Pemex. The country really needs refined products, especially in the next three to five years. We all hope that oil production will increase, but it will not increase significantly by 2020.
You can import privately, but as of right now, 99% of imports are done by Pemex. Private players only do a very small amount of importing, though there are dozens of traders out there hoping to have facilities in Mexico that they can use for bringing in particularly diesel and petrol cargoes.

How has the regulatory framework for the storage open season actions been implemented?
With the first open season of Pemex’s northwest storage and transportation assets, it was clear that Pemex and the market are still learning the ways of the open access criteria. The decision that only one trader would get all the available storage and pipeline transportation made available by Pemex in that area leaves room for the needs of other players that also need storage capacity and related logistics.
That said, it was the first open season and everyone in Mexico is learning. Local private companies are trying to gain the experience of international companies, to better understand how oil and gas companies other than Pemex operate. Pemex has worked in its own world for 80 years and it now has to open up to the market. It is a learning process.
I hope that the second phase of the open season will be launched without the hiccups that happened in the first. There will be a clearer view of how to approach the market and build the formulas and costs of the assets they want to put on the market. Despite the delays, the second and third open seasons are expected to go smoother.

Is there enough private capital available to develop energy infrastructure projects in Mexico?
In 2017, the market has a lot of investment capacity. I do not think that financial capacity is a problem for this market at all. In the Houston area, there are a lot of entities that are not only willing to invest, but that have an appetite to do business in Mexico. That brings companies such as Oiltanking to the market, and we have the capacity and willingness to put money on the ground to satisfy this need.
Mexico has the presence of big international investment funds and energy funds. The international oil companies and traders are also present in this market. In the same way, we can see the growing presence of companies able to provide qualified services related to storage and transportation of oil and refined products, willing to invest their equity in assets. In addition, the appetite of banks and private funds to leverage these investments is also clear.

Has there been a slowdown in investment in energy projects leading up to Mexico’s 2018 elections?
I haven’t seen a slowdown, but I do see some apprehension, which is normal. The situation is a bit different from what you would expect in Europe or the US. In Mexico, the energy policies in place should be implemented independently of the government swinging to the left or right, and these reforms should not be stopped.

How can the pace of the energy reform be maintained?
Mexico needs investment, and it needs Pemex to play in the market as a competitor. It will still have a lot of power over the majors, but it needs to open up and let others play with it or alongside it, to bring more dynamism to the market.
In the past 10-12 years, oil production has dropped by approximately 50% and there are no signs of this changing, especially in a market where prices are not going up. We will most probably not see the barrel price rising to the levels before 2014.
You have to optimise, invent new technologies and bring in new foreign investment. Although things are looking better for Pemex, the company is still very much indebted. There is not enough cash available to do everything, including upgrades for the refineries and storage facilities.
I hope that the reform continues, even if the president and government change and move in a new direction. While the details of the reform may change, the train has already left the station.
I think that the federal government has a huge willingness to move forward. At the national level, I see things moving. It is not as fast as the private players would like, but most laws implemented within a certain timeline were anticipated. The changes involve using your own brands, allowing private players to import and liberalising prices. Some of these changes have been anticipated for six months or a year, which is a clear sign that the authorities are willing to push this forward.
Of course, this administration is nearing its end, which makes an extra push to prove that the reform is the way forward and one that the country needs.

Are state governments working to accelerate the development of regional energy infrastructure?
Regional governments are more or less willing when it comes to having their own infrastructure and ports developed. They are bringing new players into the market, which in turn brings employment and growth to their cities. International players screening for such opportunities will also be looking at small communities close to the ports to source labour for their operations.
The federal and state governments are not always fully co-ordinated or organised, but again, it is part of a learning process. It may be a couple years before everything starts to fall into place and the federal government sends down the laws and applies them to the states. The states will then have the budgets to create new ports and infrastructure. I think this connection still needs to be developed, as it is not yet where it should be.
This being said, the willingness is there – it is not that people are not interested. You may find some local communities with certain difficulties or concerns, which is to be expected. When it comes to local governments, I see a lot of interest in promoting their regions.

How attractive is the Mexican market compared to others in the region?
The appetite for Mexico is huge. Right now the biggest market in Latin America, which is Brazil, is facing difficulties. The potential is there, but it is a difficult time with some back-and-forth cycles spurring economic growth.
After Brazil, Mexico is the Latin American country with the most potential when it comes to the oil and gas sector. This is one of the reasons why we’ve been trying to get contacts and have been looking into specific projects over the past year and a half or two years. We have been talking to Pemex and private players.
Now we are here, establishing our new office, and we believe that this market will move ahead. If we saw no progress in the past year and a half, we would not have established an office here. It is a clear sign that we believe in this market and that there are a lot of opportunities.

What are the risks of operating in Mexico?
There are risks in operating, but it is something that we have to deal with and mitigate in this market, especially when it comes to the transport of hydrocarbons products by pipeline or truck. Fuel theft and related security risks are crucial matters that have to be addressed. Everyone knows about this. We are not naïve and we do not imagine that we have all the answers, but we are looking into it.

For more information on Oiltanking in Mexico, including plans to optimise existing infrastructure, see our business intelligence platform, TOGYiN.
TOGYiN features profiles on companies and institutions active in Mexico’s oil and gas industry, and provides access to all our coverage and content, including our interviews with key players and industry leaders.
TOGY’s teams enjoy unparalleled boardroom access in 35 markets worldwide. TOGYiN members benefit from full access to that network, where they can directly connect with thousands of their peers.
Business intelligence and networking for executives: TOGYiN