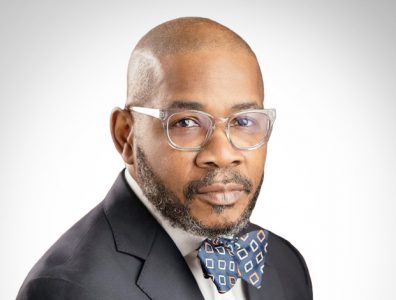 There is a dire need for solid and effective regulations as a precursor to attracting investment into the industry.

Sola Adepetun, partner at ACAS-Law, talks to The Energy Year about issues preventing Nigeria’s oil industry from attracting higher levels of investment, the financial dynamics of making E&P plays bankable and how to resolve conflict between host communities and oil firms. ACAS-Law is a commercial law firm that provides legal and business advisory services.

What are the barriers preventing Nigeria’s oil industry from attracting higher levels of investment?
There are several barriers to attracting more investment in the oil and gas industry: inadequate regulation, fiscal policies and application of the rule of law, to name a few.
Firstly, there is a dire need for solid and effective regulations as a precursor to attracting investment into the industry. A prime example is the long-awaited Petroleum Industry Bill (PIB), which has yet to be passed into law 20 years on but nonetheless remains a key topic of discussion and holds the potential to have a significant effect on business dealings in the industry. This breeds uncertainty for would-be investors as they are unable to make long-term plans around their investment in the industry, and certainty is exactly what investors need to make significant financial commitments.
Additionally, there are presently some prohibitive fiscal and monetary policies, as well as pivotal fiscal regulations that are yet to come into law. With the current unstable foreign exchange situation in the country, investors may hesitate to make higher levels of investment in Nigeria where they perceive that repatriation of their capital or profits could prove to be challenging. It is crucial that the government amends some policies to ensure that there is a free and unfettered flow of foreign exchange in and out of the country.
The rule of law is another obstacle. While there are enforceable laws that govern transactions and commercial arrangements and we have structures such as courts and regulators in place, unfortunately, execution and enforcement of these laws often prove to be a problem. Possible delays in enforcing judgments given in their favour could dissuade investors from situations that could necessitate adjudication in courts in the first instance. As a result, they may avoid any substantial commercial relationships with players in the Nigerian energy industry.
In addition to the above, an investor doing business in Nigeria may be faced with a plethora of issues such as the multiplicity of taxes, often-conflicting regulations and corruption. Though there are some steps being taken by the government to address these challenges, much work is yet to be done to resolve these issues in the interest of attracting investors into the industry and foreign direct investment (FDI) in general.

What diversifying trends is the government pushing, both within and away from oil?
Though often considered an oil-rich country, Nigeria is primarily a gas basin so it is good to see that there is now a refreshing amount of focus on natural gas. A number of current government initiatives such as the National Gas Expansion Programme, the Nigerian Gas Transportation Network Code and the NLNG Train 7 project, among others, clearly indicate the new trend of diversifying the industry towards natural gas and moving away from traditional crude oil. However, the journey towards Nigeria being a gas-centred nation is still a long one.
Within the oil industry itself, the government is seeking to diversify by facilitating the use of modular refineries in the oil refining process. The government also aims to produce refined products, which will not only make the country self-sufficient, but can serve several other purposes such as being used as feedstock for the petrochemical industry.
In addition, we are starting to see meaningful discussions around renewable energy sources and the role they play in the energy industry. We are just at the start of this revolutionary journey towards diversification and expectantly, we hope to see benefits of these strides in the years to come.

What financial dynamics are involved in making E&P plays bankable?
One could say that production means bankability. In other words, a field producing 1,000 bopd, for example, is highly likely to find the financing it requires. On the other hand, bankers and financiers are now reluctant to invest in just any type of production asset, particularly when the same is perceived to be high risk. Bankers have to be sure about where their money is going.
We see this with the recent marginal field bid round. Players in the industry all want to know what sort of field they are going to get and the level of production they can expect from the field. In this regard, an unknown field whose production prospects are unclear and uncertain is less attractive. These considerations directly influence the possibility of securing financing, as financiers today do not want to take unnecessary risks without some assurances of what the returns would be within a particular time period.

What is the government doing to tackle the security-related problems hitting the wealth of the industry?
While the government has taken some steps, there is a lot more to be done. An estimated 90% of foreign exchange earnings, and 50-70% of the country’s earnings comes from the oil and gas sector. It is critical to our economy, which means that the government should better monitor and ensure the security of the country’s oil and gas infrastructure. Technology such as drones, helicopters and patrol boats should be employed to guarantee the integrity of networks and prevent piracy, pipeline breaches and other illegal activities.
Secondly, the rule of law and application of regulations is very important when it comes to deterring and confronting individuals perpetrating these activities. Instances of sabotage, for example, should be met with the withdrawal of licences. The law ought to be enforced to such an extent that no matter how high up one is in society, he will be sanctioned if found to be involved in any sort of illegal activity. A more holistic approach is required to address the insecurity phenomenon.

What subsectors do you see as more in need of legal assistance this year?
We are helping many companies, especially new companies understand and interpret joint operating agreements. This ambit will grow increasingly due to the effects of the Covid-19 pandemic on the oil and gas industry, as each party wants to get the best possible outcome from the agreements signed.
With respect to financing, the marginal fields will trigger a lot of legal work and once all the planned gas initiatives come to fruition, there will also be a lot of activity for energy lawyers, with a focus on gas. As for the power sector, we are currently working with the Bureau of Public Enterprises together with Siemens on some Nigerian electrification projects. Lastly, we are seeing a rise in inquiries on renewable energy, which is definitely an area to keep an eye on in the near future.

How should the incorporated joint venture (IJV) model be implemented and what obstacles are in the way?
IJVs are the way to go but the transition from where we are now to getting these IJVs implemented in practice remains the main challenge. One could say that if governing structures were as they should be, the implementation of the IJV model would be much better than the status quo. Nevertheless, a lack of political will remains an obstacle and attempting to change all structures into the IJV model simultaneously may prove to be too disruptive for the industry.
For ease of implementation, new projects, particularly those involving independent Nigerian companies should acquire an IJV structure from the onset, while existing ones – apart from the PSCs that could be better structured as an IJV – should perhaps remain as they are for the time being.

What positive trends do you see evolving in the sector this year?
The marginal field bid rounds will unlock a lot of energy potential, project work and also investment. The rise of oil prices is also a very good indicator for business this year. All hands need to be on deck with critical and intense stakeholder involvement for the government to be able to achieve its objective of bringing the cost of production down to the USD 10 benchmark set by NNPC. In addition, the expected OPEC oil output cuts by – cautiously speaking, a further 500,000 bopd – are poised to foster increased oil prices and consequently stir renewed interest in the industry.