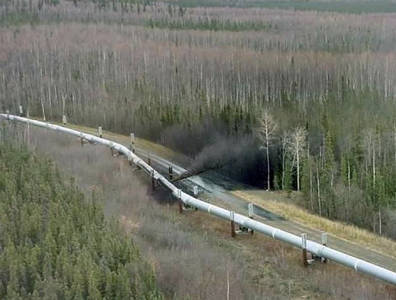 Many in both government and private companies believe that Amazonian oil could prove to be the “miracle,” in former President Alan García’s words, to transform Peru into a net exporter.

While industry players have complained about the strict bureaucracy surrounding environmental protection and the way it has hampered the progress of hydrocarbons infrastructure in Peru, their case has not been strengthened by leaks at two major pipelines. The $1.6-billion Transportadora de Gas del Perú pipeline, which is comprised of a gas pipeline and a liquids pipeline, suffered five leaks in its first two years of activity. One such spill in 2005 led to the evacuation of the village of Toccate in the Ayacucho region.

Pipeline concession holder Transportadora de Gas del Perú suggested that natural environmental stresses such as landslides had contributed to the spill, though a review performed by an independent environmental consultancy, US-headquartered E-Tech International, suggested that the pipeline had six key spots where leaks were likely to occur – as a result of poor materials and subpar construction. The pipeline was constructed by Argentinian company Techint.

The North Peruvian Oil Pipeline has come under close scrutiny as five leaks in 2014 have highlighted the potential of spills and led to calls for stricter regulation. Villagers near the spills have reported the deaths of fish and mammals, as well as illness among locals.

State-owned Petroperú, along with a host of international exploration and production companies such as Canada’s Talisman and the UK-French Perenco, has ramped up its hunt for Amazonian oil since 2006. Many in both government and private companies believe that Amazonian oil could prove to be the “miracle,” in former President Alan García’s words, to transform Peru into a net exporter.

Constructed in 1974, the North Peruvian Oil Pipeline displayed its weaknesses well before the prospect of additional barrels was added into the picture. Peru’s Energy and Mining Investment and Supervisory Body has criticised the state of the pipeline.

In addition to its advanced age, 80 percent of the pipeline is either submerged in water, buried or placed on the ground in contravention of multiple regulatory guidelines, according to local conservation group Alianza Arkana.

Petroperú said that it had fully cleaned up an October 2014 spill of 1,604 barrels without resorting to chemicals. However, no clear pronouncement on an upgrade to infrastructure has been forthcoming.

If the government of Peru is committed to tapping its Amazonian reserves and industry players wish to see a relaxed bureaucratic environment, leaks such as those seen on the Camisea and Northern pipelines will need to be prevented for these developments to proceed with popular support.