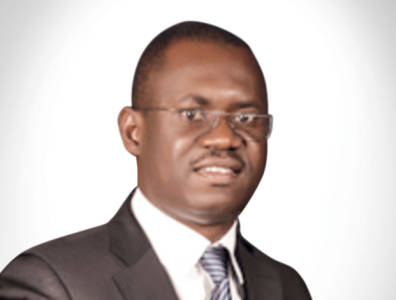 “Most of the oil spill response companies in the country were not well equipped or lacked the skills to respond to clients’ needs.”

Oil spills, their causes, cleanup and methods of prevention are all issues that have been present in Nigeria for decades. While oil firms have settled in court over oil spills, local methods are being established to prevent them from happening.

Oil spills are unfortunate occurrences that degrade the local lands and waters of Nigeria. The broader public sees oil spills as negligence on the part of the international oil companies that own and operate pipelines.
Nigeria is no stranger to oil spills. There were 1,228 spills recorded in 2014. In the news, companies are going to court or paying settlements for such occurrences.
In early 2015, Shell was asked to pay $83 million to the Bodo community in the Niger Delta for two oil spills that took place in 2008 and 2009, due to corrosion. This marks the first time that compensation will be paid following an oil spill in the country.
The public may wonder how most spills could go unreported if they can draw such large amounts of compensation for just two spills. The answer lies in the data.

BIG BUSINESS: In 2014, of the 1,228 oil spills recorded, only 114 were due to equipment failure, operational error or corrosion. A whopping 1,029 of the spills were caused by sabotage and theft. The business of crude oil theft or bunkering is booming in Nigeria.
“Nigeria’s illegal bunkering industry has become a highly sophisticated business, causing harm to both company operations and community livelihoods alike,” Dozie Mbanefo, executive chairman of environmental consulting firm DLK Oil and Gas, said.
The governor of Delta state and chairman of the presidential committee on anti-pipeline vandalism, Emmanuel Uduaghan reported that around 60,000 barrels of crude are stolen every day, 80 percent of which are exported abroad, while 20 percent of the oil is sent to illegal refineries in Nigeria.
The stolen crude amounts to a loss of billions of dollars for the federal government, which has been on a crusade to destroy all illegal refineries and put a stop to the activities that allow the export of stolen oil.
Bunkering was firstly legalised in 1979 by the Department of Petroleum Resources and then stopped by General Ibrahim Babangida’s administration in 1984. However, its former legality helped to establish it as a business, giving it a strategic and infrastructural sophistication that today outstrips the public security sector’s ability.

THE LOCAL MILIEU: Oil spills in the Niger Delta have been a regular occurrence, and the resultant degradation of the surrounding environment has caused significant tension between local communities and international oil companies. In 1990, the Oil Pollution Act was enacted with the aim of taking responsibility for many of Nigeria’s improvements in oil spill prevention and response.
However, few domestic companies in the country have the necessary equipment and workforce to respond to oil spills.
“We found that most of the oil spill response companies in the country were not well equipped or lacked the skills to respond to clients’ needs,” Mbanefo said.
The response to a spill must be immediate, especially if the spill is in the water. Unfortunately, there are extenuating factors that slow response teams down at times. “Community management is key. Training and hiring locals from each community to help is particularly important, so that later on, they may be able to respond to a spill before we get there,” Mbanefo said.

METHODOLOGY: Technological prevention methods are available in Nigeria. Chinese multinational Huawei makes a command and dispatch system designed to link up with video surveillance platforms.
When dispatching resources to a surveillance site, the dispatcher can play live videos to evaluate events as they unfold, helping to facilitate decision making.
While this helps firms keep records and respond more quickly, it does not stop the saboteurs from taking the oil. Private security entities are working in conjunction with the government to combat the problem.
However, legislative barriers force private companies to depend on the public sector. By law, no private security company is allowed to carry firearms, unless issued a licence by the government. The fight against illegal bunkering will remain ineffective with the overbearing rules for the private sector.