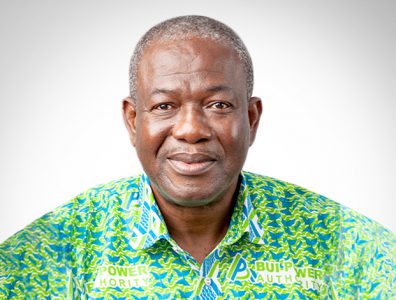 Bui Power Authority will build, own and operate new renewable power plants; we will produce and sell power.

On track for 10% renewable energy in Ghana

Samuel Kofi Dzamesi, CEO of Bui Power Authority (BPA), talks to The Energy Year about the company’s various power generation projects and the attractiveness of green energy production. BPA has been charged by the government with developing renewables projects to meet a target of 10% renewable energy in Ghana’s energy mix by 2030.

How has the role of BPA in the Ghanaian power generation sector evolved?
The Government of Ghana [GoG] aims to achieve 10% penetration of variable renewable energy by 2030. These were the commitments set by Ghana, being party to the United Nations Framework Convention on Climate Change to effectively reduce the greenhouse gas emissions globally. Through this, the GoG set aside some policies and guidelines such as the Ghana Renewable Energy Master Plan 2019, indicating the measures put in place to achieve its targets.
In light of this, our mandate was renewed to include the development of renewable energy projects across the country. BPA has since been innovative and proactive in its role as the renewable energy leaders through the development of a 250-MW hydro-solar hybrid project as well as the development of solar plants across the northern parts of Ghana. When complete, this hybridisation will be the first of its kind in Africa. The hydro coupling with the solar generation seeks to address the intermittencies that the solar plants are associated with and serve as a base load to maintain the acceptable grid parameters for stable power.
The Authority has had to realign its short-, medium- and long-term goals to the GoG’s aim of achieving the intended 10% penetration by 2030 and is on course to deliver as envisaged. In September 2021, we began feeding power to the national grid, with 50 MW from land-based solar and 1 MW of floating solar on the dam’s lake. We are now starting to expand the capacity by progressing to phases 2 and 3 of our project by constructing solar plants of 100 MW and 50 MW, respectively. We were able to install a 5-kW wind power turbine and a 30-kW rooftop solar system at our head office which is supplying power for our building’s consumption.
Our floating solar plants are freeing up land space that can be used to preserve the existing wildlife since we have an obligation to protect nature. To this end, we want to install the panels on the surface of the river.

How is the authority planning to expand its projects beyond the Black Volta?
Bui Power Authority will build, own and operate new renewable power plants; we will produce and sell power. We are targeting no more than 250 MW at the Bui enclave because the transmission network will not be able to sustain a system shutdown from the solar plants when the intermittencies kick in above the intended 250-MW solar plant for the hybridisation. Studies have confirmed this assumption. However, we are not limited to this site. We want to grow our capacity to 1 GW.
We are acquiring land in all the areas where there is a GRIDCo substation to install between 50 and 100 MW produced by solar energy and offload it onto the grid, especially in the Northern Region, where the sunshine is of better quality. We will also construct small hydro plants of around 50 MW on rivers in the Western Region. All of the country’s big rivers have already been dammed, but we have smaller rivers that can also be dammed, such as the Pra, Ankobra and Tano.
Ghana has experience in small projects, such as the 45-kW Tsatsadu mini-hydropower plant. We intend in early 2022 to go to Vli Falls and install 4 MW of hydropower there. In 2022, we will do one or two hydro plants in Ghana.

What is BPA’s strategy to overcome the power sector’s circular debt issue?
We’ve been enabled to look for other companies to whom we can sell directly, like industrial factories and mines. At the moment, we sell about 10 MW to a gold mine in Bolgatanga, and in 2022 this will increase to about 60 MW. We can do this through a collaboration with GRIDCo.
We established a business unit to develop our commercial sales department. Even people from Sierra Leone are interested. Thanks to the West African Power Pool, we can sell power to multiple West African countries.
Our largest offtaker is ECG [Electricity Company of Ghana], with which we have monetary issues. On the retail end there are many losses. Many people are using electricity and not paying, and ECG is not capable of collecting these debts. This should be solved by smaller companies dealing with smaller areas, collecting payments house by house with a bulk meter and paying back ECG at a profit.

Which types of contracts is the company offering to contractors?
We invite companies who are ready to do EPC plus finance. This is how we developed the solar installations at the Bui Enclave with a company called Meinergy. We are receiving a lot of inquiries and interest from foreign companies. The challenge is that most contractors intend to work through loan facilities but we don’t prefer to work with loans. We sell power and we have the market to sell. If they build it for us, we can pay them per an arrangement.
As Bui Power Authority is new in this arena, we are asking contractors to operate and maintain assets using our engineers. On our site we have workers from Meinergy and Bui Power Authority currently working together. Hopefully by 2024 we will be able to operate the facilities ourselves. By that time, we will have studied management and operations thoroughly.