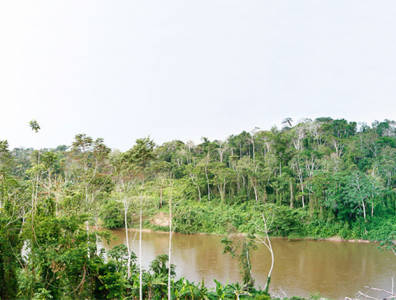 This extreme seasonal fluctuation in Peru has significant ramifications for hydrocarbons companies seeking to work in the rainforest.

Peru’s struggle to tame the Amazon

Peru’s rivers are decisive factors in the success or failure of hydrocarbons companies looking to profit from oil and gas exploitation in the Amazon basin, as well as vital passages for local communities. In a trackless rainforest, rivers serve as highways through which all goods must be transported.

However, the rivers of the Amazon basin are not regulated by channels and canals or bounded by levees the way rivers of developed countries are. Peru’s waterways rise and fall with the seasons, transforming from mere trickles that can be easily crossed into virtual lakes, many miles wide.

This extreme seasonal fluctuation in Peru has significant ramifications for hydrocarbons companies seeking to work in the rainforest. The number of months each year when supplies can be safely brought to operations sites by boat are limited, causing delays and profit losses.

Thus, players in the hydrocarbons industry were pleased by the Peruvian government’s plans to ease river transit through a series of major infrastructure projects. The first phase, the construction of new riparian ports in the cities of Yurimaguas, Pucallpa and Saramiriza, is well in hand, with the port in Yurimaguas already under construction.

The second phase of the government’s plan is the $69-million Amazonian Waterways development, which consists of a dredging project aimed at enabling the Marañon, Ucayali and Huallaga rivers, all tributaries of the Amazon, to be navigable 24 hours a day, 365 days a year.

The project would have facilitated transit for local communities, improved logistics for oil and gas activities and strengthened trade ties with Brazil. However, on February 6, 2015, the tender for the project was cancelled.

State investment agency ProInversión had initially pledged to spend $350 million on the Amazonian Waterways over the 20-year concession for maintenance and operation of the waterways and the project had attracted interest from numerous Brazilian, Chinese and Peruvian companies.

Despite the initial international interest, ProInversión declared just eight companies to be qualified bidders, and only one of these, the state-owned China Communications Construction Company, presented its technical and economic proposal by the deadline on January 26, 2015.

While no official reasons were given for the cancellation, it is likely that the paucity of bids caused the Peruvian officials to reconsider the viability of the project in its present form. This failure means that for the time being, oil and gas logistics will remain dependent on wet and dry seasons.