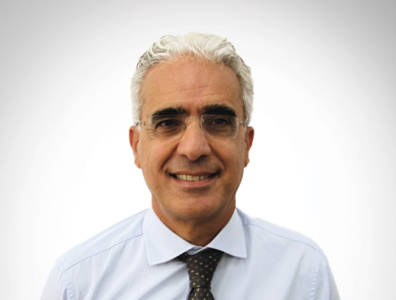 The merger between RasGas and Qatargas is a good thing for QP and for Qatar’s market. Now we have more opportunities.

Chakib Nayfe, general manager of Medgulf Construction Company, talks to TOGY about the impact of the QP restructuring, the pickup of activity in the market and prospects for after the 2022 World Cup. Medgulf is an EPC, installation and commissioning contractor with activities in the oil and gas, civil and infrastructure sectors.

• On manufacturing: I feel that the path the government is pursuing when it comes to manufacturing is the right way to go instead of continuously depending on oil and gas. You have to find new industries that can serve not only Qatar but activity abroad. In the next two months [by December 2018], QP is creating a list of opportunities that they recommend for local companies or foreign investors to establish here.

• On 2018 activity: “Now, more hotels and roads are being built on the civil side to support the 2022 World Cup. For oil and gas, there is the prospect of building four more LNG trains. There is more demand for gas, so QP is looking to open up. There are still a number of contracts under evaluation. We are hoping that by the end of the year they will award some of them.”

Most TOGY interviews are published exclusively on our business intelligence platform, TOGYiN, but you can find the full interview with Chakib Nayfe below.

How have QP’s efforts to become more efficient affected your business?
The merger between RasGas and Qatargas is a good thing for QP and for the market. Now we have more opportunities. It slowed down the turnaround of awarding projects. They restructured and had to find out who was who in the organisation. Now this is done, and they are evaluating projects quicker and awarding more of them.
It did affect our revenue streams, but as of the third quarter of this year [2018], the wheels started to turn again. At one point, it was stagnant. Nothing was moving. It was frustrating. Finally, things started moving over the last two months, and we won four or five jobs.

To what do you attribute the delay in awarding contracts this year?
The first seven months of the year were dead. We thought this would be a disastrous year, but we expect that things will improve significantly by Q3 2018. I cannot attribute this development to the blockade, because the situation stabilised within three or four months.
The government had cash problems. There was uncertainty among major clients in the oil and gas industry, partly because the price of oil was low. The government was not building new things. Civil infrastructure focused on the jobs that were awarded a few years back. There was nothing new to award.
The scenario has changed a little bit. Now, more hotels and roads are being built on the civil side to support the 2022 World Cup. For oil and gas, there is the prospect of building four more LNG trains. There is more demand for gas, so QP is looking to open up. There are still a number of contracts under evaluation. We are hoping that by the end of the year they will award some of them.

The government plans to roll out projects after the 2022 World Cup in order to prevent a dip in activity that would overheat the market. Do you believe this plan is feasible?
There is no question that there will definitely be a dip on the civil side of things. The projects that are being driven now by the government all support the World Cup.
For example, even in oil and gas, there is an urgent project for QP to build nine different gas stations, which they are now tendering. They bought gas-operated buses for the World Cup. These oil and gas projects are to support the World Cup.
It is expected that next year, they will tender for the LNG trains. The trains cannot be built in two years; work on them will extend to after the World Cup.
I feel that the path the government is pursuing when it comes to manufacturing is the right way to go instead of continuously depending on oil and gas. You have to find new industries that can serve not only Qatar but activity abroad. In the next two months [by December 2018], QP is creating a list of opportunities that they recommend for local companies or foreign investors to establish here.
What irks me sometimes is that Qataris are investing their money abroad. You don’t see this investment happening in Qatar. If I were an investor given the choice between investing Saudi Arabia and Qatar, I would pick Qatar. For all this political noise you hear, you will be safer in Qatar.

What are some of the company’s key achievements from the past couple of years?
The key achievement is that we survived. The whole contracting industry went through difficulty, and this was not only limited to Qatar. There are always peaks and dips, but the last dips lasted more than two years. The good thing was that we were able to weather the storm. That by itself is a good achievement.
We also recently won a pipeline project with Saipem related to the Barzan project. This project had been on our radar for a while. At the beginning of last year [2017], RasGas had tried to repair the existing pipelines, and we were involved in this repair.
Now, the project with Saipem has started. Our scope is onshore excavation, installation, backfilling and valve station tie-in works. We already received the pipes. Now we are offloading the ship and have started establishing the site facilities. Soon we will start excavation.

To what extent has the embargo been a blessing in disguise for the country, and how can local players benefit from it?
We used to source services and products mostly from Saudi Arabia and the UAE, but no more. We are going to do it here. It will eventually be cheaper for us as well as our clients – QP, Qatargas and the rest. We will be more in control of our destiny if we know we can domestically source materials. We are excited about it.
Due to the embargo, as a company, we thought outside the box. It took us a few weeks to normalise the operations, but we overcame these challenges. Since then, we have been thinking of opportunities. What can we do in Qatar for Qatar to be independent? There are some opportunities that we discussed with QP, who are very supportive and are encouraging us.
Our plans are past the drawing board, but we have not taken the final steps and paid up the capital. We are waiting for a little more information. To invest in such a thing, we want certainty and commitment from QP to be able to say we have this volume of work coming in the next five to 10 years. That way our investment will be more realistic.
We have made commitments with overseas manufacturers and companies to come and open their operations here. But they are waiting for this information as well. There won’t be a 100% commitment from QP, but verbally we will be supported. That is good enough for us.

Which measures is the government pursuing to develop local content and encourage internationals to hire local companies?
It has always been the case that they have tried to promote local contractors. This is not new to Qatar.
Unlike in some other countries, one does not have to hire a set percentage of local companies. Here they don’t have these local content criteria. You don’t have to prove a certain percentage. There is a lot of talk about it, but it is not a rule. I do encourage it, though. In Kuwait, South Africa and Australia, you must have local content in any contract. It is encouraged here, but not set in stone.

In what ways is QP helping local players identify new opportunities?
We approached QP about this a couple of months ago and they have been very supportive. In the meantime, we were lining up with various international manufacturers. They recently appointed a Qatari national to be in charge of this new opportunities drive. Most of the opportunities will likely require outside expertise, meaning that local companies will have to partner with international players.
It took QP a while to get to this point. They had it on the drawing board but they did not move fast enough for us. We have been talking about it as well, though we are not going to move until we get some sort of commitment from them. Now it looks like they are very serious about it. International companies will come to the market like any bidder.

Do you support the idea of standardising safety procedures across the board?
I totally support this, especially in Ras Laffan. At one point, Qatargas, RasGas, Oryx and the Barzan project each had their own procedures. For a long time, we have been asking why not make a single procedure, whether for welding, excavation, pipe lifting or working in confined spaces? The companies want to have their own procedures and process for approval. This is costly and time-consuming.
Whether we are working in Ras Laffan or Doha, it is the same for us: Safety is our priority. This is probably why we are not competitive in civil infrastructure. We use the same norms as we do for oil and gas. In Doha, you can see people working in flip-flops. We cannot do this. You have to have overalls, safety shoes, a helmet and a safety harness.

For more information on Medgulf, see our business intelligence platform, TOGYiN.
TOGYiN features profiles on companies and institutions active in Qatar’s oil and gas industry, and provides access to all our coverage and content, including our interviews with key players and industry leaders.
TOGY’s teams enjoy unparalleled boardroom access in 35 markets worldwide. TOGYiN members benefit from full access to that network, where they can directly connect with thousands of their peers.