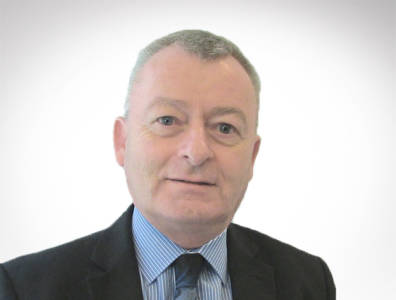 It’s not just an investment for a return; it’s also strategic, to get access to decision-making and pricing in the gas market.

Finbarr Sexton, partner at EY, talks to TOGY about Qatar’s oil and gas strategy and the expansion of its involvement in international markets, plans for Qatar to expand its gas production and exports of LNG, and how VAT implementation will affect the country’s oil and gas industry. In Qatar since 1950, EY offers assurance, advisory, tax and transaction advisory services worldwide.

Qatar has been active in expanding its international oil and gas investments. Where do you see the strategic element in QP’s international investments?
In recent years, QP has increasingly looked at opportunities in international markets to expand its footprint and grow externally. In developing its strategic objectives it is clear that the classical deal driver of connecting producers and products to markets underpins QP’s strategy.
The expansion plan has encompassed investments in the US, Argentina, Brazil, Mexico and other markets. Much of the investment activity is by way of partnering with firms in the gas industry. These investment plays includes both conventional and non-conventional oil and gas assets. These investments will position Qatar as a major player in the global gas industry.
In the long-term view, Qatar will probably have a greater say in what is happening in gas markets internationally. The decision to invest in the US energy sector and the development of the Golden Pass LNG export facility will give QP an important position in the US LNG export sector.
It’s not just an investment for a return; it’s also strategic, to get access to decision-making and pricing in the gas market.
Qatar wants to demonstrate it is investing in other markets and is beginning to get access to them. Whilst these investments will provide a sustainable revenue for future generations, the investments are also important from a geopolitical standpoint – the significant investment in US oil and gas assets will further strengthen Qatar’s relationship with the US administration.
There is already a significant US investment in the Qatar LNG sector and now Qatar is reciprocating this with its own entry into the US market. In short, QP is seeking to become a major international player in the oil and gas industry that will allow Qatar to have a seat at the table on the world stage.

Qatar recently signed numerous long-term LNG supply deals. Can we expect to see more deals with longer terms?
Long-term supply arrangements offer certainty to both the seller and buyer on committed quantities to be supplied and also establish pricing formulae for the LNG shipped. The arrangements provide long-term certainty of access to these markets. That being said, Australia is a major supply competitor to Qatar in the Asian market and has successfully grown its supply capability to exceed the current export capacity of Qatar.
Qatar will continue to have a competitive advantage over Australian suppliers, as its breakeven prices for supplies to Asia are lower than those of equivalent projects in Australia. With the fall in oil prices in mid-2014, the high development costs of Australian projects puts the brakes on commitments to new greenfield projects. But these reserves haven’t gone away and with the LNG demand growth predicted to surge in the next decade, it can be expected that we will see further expansion in the output from Australian projects – albeit that this may come from expanding current facilities rather than greenfield developments. Australia will continue to be a significant competitor for Qatar. Then there is the US, which is a net exporter of gas and will increasingly become a formidable competitor to Qatar LNG exports.
The North Field moratorium was in place so that Qatar could determine how the reserves could be managed to support LNG production levels. Over the last 10 years, production of those reserves has been reasonably stable. There is capacity to increase. Qatar is reasonably confident that it will increase production from 77 million to 110 million tonnes per year.
The continued preference towards cleaner energy will drive interest in natural gas and LNG. In the longer term, more nations will press for fuel oil generation conversion to natural gas, which will drive LNG development infrastructure.
Whilst there have been concerns that expanding LNG export capacity may lead to an oversupply of gas and result in lower gas prices, the long-term projections for gas demand are still positive, hence the decision to go ahead with the next phase of development of the North Field gas reserves.

From a strategic point of view, Qatar could limit further expansions byAustralian suppliers by tying up new long-term supply contracts with Asian buyers. How risky is this strategy?
These are very risky plays where the market fundamentals are not clear. However, global LNG demand is expected to grow substantially as coal-to-gas switching environmental policies take effect in Asia. As Qatar brings more supplies to the market, there could be an impact on gas prices, but with the current estimates of demand, the decision to open up more reserves for production is well supported by market fundamentals.
Qatar is now leading the race to secure first-mover advantage in tying up new supply contracts.
Qatar’s decision to go into FEED for its LNG infrastructure and begin to move to get up to 110 million tonnes will be partly driven by future market fundamentals and also by local market economic considerations.
The decision to move ahead with the development of the new LNG trains puts the country in a stronger position to capture further market share. The decision is also driven by the need to bring confidence back to the market, as market sentiment has been adversely impacted by the blockade.
The announcement of the lifting of the moratorium has brought a lot of excitement and confidence to the market. People are committed to the market. The development of the additional supplies represents a huge capital commitment. The country now wants to keep certain financial reserves to fund support for the economy due to the economic blockade.
Right now, oil prices are good, but the Ministry of Finance is partly subsidising imports. The sentiment is that the embargo has presented Qatar with the opportunity to challenge the private sector to become more involved in the local economy and invest in projects that produce goods locally and increase the level of self sufficiency.
There is a consensus that the embargo has been very challenging for the economy but longer-term may be the best thing that has happened to Qatar, as it has [pushed] local entrepreneurs to invest in projects that they would otherwise not have ventured into. The production of food products locally is more expensive than importing those products.
It is a positive outcome that Qatar is becoming more self-reliant, but it will probably not be able to compete with pricing from local neighbours in the longer term without some level of tariff protection.

Could you give us an update on the implementation of the VAT agreement?
Saudi Arabia implemented VAT across its entire oil and gas value chain in 2018. All imports and all production moving from upstream to downstream is subject to 5% VAT, and exports are zero rated.
While Saudi Arabia collects a lot of VAT in the value chain, they have to refund it when products are exported. Hence, the finance ministry benefits on a temporary basis but must process VAT refunds when products are exported.
Currently, there are challenges in processing these refunds on a timely basis. Obviously, it is a big market, so there are domestic supplies that don’t get refunded. Those are supplied to the domestic consumer in terms of petrol at the pump or gas to power projects, so that doesn’t get refunded. However up to 90% of the VAT collected has to be refunded.
The UAE, which implemented VAT in 2018, and Bahrain, which implemented it in 2019, have zero-rated supplies in the upstream value chain. Therefore, VAT collection is much lower and significantly less in terms of refunds, which makes sense to me. Why set up this huge administrative infrastructure to collect VAT when you then have to give it back?

What effect will VAT implementation have on the Qatari oil and gas industry?
The Qatar VAT law and regulations have been drafted and are with the Council of Ministers. I expect that Qatar will implement VAT in 2020. The Ministry of Finance has awarded a project to a large IT company for the implementation of a sophisticated tax administration system. The new tax administration system will allow the general tax authority to link its systems with the Customs authority and other governmental authorities and achieve significant efficiencies in tax assessment and collection.
I don’t think the VAT will have a significant impact on the oil and gas market. Qatar is expected to adopt a zero rating along the upstream and partly in the downstream value chain, which would mean from an upstream perspective the standard 5 % VAT rate will not be levied.
Given that a significant share of oil and gas produced is exported by Qatar, if VAT is collected within the value chain, it will be ultimately refunded, so the tax collection retained by the government will not be significant. We have to consider that VAT is not a tax on business; it’s a tax on the consumer. The Qatar internal market is quite small, so the tax that is collected and retained by the government will relate only to the 5% VAT that is charged to the consumer.

Alongside the tax practice, are there other advisory services that might see an increase in the short to medium term?
Cyber security is a key area, because the whole issue of the blockade came as a result of the hacking of systems in Qatar. This led Qatar to become very aware of cyber security and mindful of the risks, as we have the World Cup coming up. If Qatar were subject to a large cyber attack before or during the World Cup, that would create significant issues for the event.
The oil and gas industry has been subject to cyber attacks in the past. It is conscious that it needs to be both resilient and confident it can identify and protect against an attack and the industry has made significant progress in strengthening its IT infrastructure to protect against such attacks.
We see other increases in activity in government and public services, such as health and transport. Additionally, construction projects and services related to the delivery of the World Cup in 2022 are creating opportunities for advisors in the market.