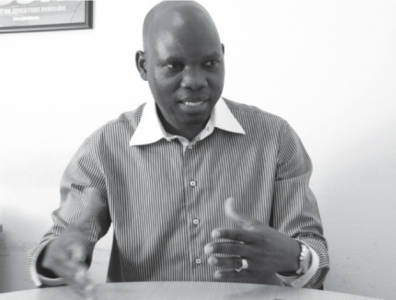 The taxation system tends to put the burden on our small domestic companies and alleviate taxes for multinationals.

Director of Mozambique’s Centre for Public Integrity, Adriano Nuvunga, criticises the government’s generosity to foreign oil companies. Nuvunga is an expert on budget and election monitoring, as well as anti-corruption programmes. The centre is an independent civil society transparency and good governance watchdog that promotes transparency and good governance in the public sphere, as well as the extractive industries.

Transparency, generally speaking, is still problematic because the extent of public access to government information is still limited. In Mozambique, it is not only very limited but when it is available, the information is often not that relevant or heavily edited. Transparency is a big issue in the oil and gas industry because there is no access to information on the contracts that the government signs with multinational companies. Even prior to the awarding of contracts, the licensing processes are opaque at best.

INFORMATION ACCESS: From the licensing stage onwards, there is a huge lack of information available to the public not as to what these companies are doing, but about the contractual terms. Considering that we are talking about contracts worth billions of dollars, there should be a more widely publicised tender process whereby whoever is interested will be able to follow all steps involved in granting a contract to a company.

I am not only talking about enabling the companies themselves to check, and the involvement of civil society, but about the expectations of millions of Mozambicans, to whom these resources ultimately belong. Given the magnitude of these contracts, quality of governance should be reinforced and more control mechanisms should be put in place.

EITI DEFICIENCIES: It is important for the country to comply with the Extractive Industries Transparency Initiative (EITI), set up in 2002. However, this is really only the beginning because as it stands, the EITI does not cover the whole licensing process and licensing is problematic, as it is mainly handled by the government. It is still not a transparent process and we have serious signs of corruption in areas that the EITI does not cover.

BIG COMPANIES, SMALL RESULTS: Let us not be naïve, we must acknowledge that companies are out there to make profit. It depends on the government to properly negotiate with companies. Our government has always said that it waived several taxes and it gave all these exemptions to attract investors to the country. However, for the type of investment that interests multinationals, it is meaningless whether or not these exemptions exist, these companies will be here because the profit they make is tremendous.

The government continued its policy of exemption from several taxes and also setting the royalties at a minimum – 3 percent of production for oil and gas – that really amounts to nothing. The government should be transparent, and it is the their responsibility to make sure that I am properly informed about what the government is doing. It should be our government providing meaningful mechanisms for society as a whole to follow what is happening in the extractive industries.

A country such as Liberia was renegotiating its contracts and, interestingly, some of the companies that are operating in Mozambique were open to renegotiating their contract in some of these African countries. However, the government is neither interested in transparency nor in meaningfully renegotiating the contracts. Royalties of 3 percent are far below the international standard.

LACK OF CAPACITY: The Mozambican government has an important lack of capacity – most of our policies, including the tax system, were designed by Western donor countries and our institutions are not ready to put them into practice. Western companies coming from the US, Europe or Australia were the ones that helped designing these tax instruments.

The taxation system tends to put the burden on our small domestic companies and alleviate taxes for multinationals. The way that these companies are awarded these exemptions is like a donation and, from a civil society point of view, we think that the expectations of the Mozambicans are likely not going to be met. Furthermore, these companies will probably extract the resources, nourish themselves and move on, leaving nothing behind.