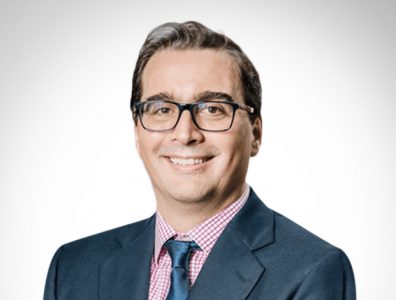 Mexico could be categorised as a mature province but it is vastly unexplored.

Sergio Limardo, Repsol Mexico’s upstream director, talks to The Energy Year about Repsol’s future in exploration, drilling and extraction in Mexico and the importance of adaptation in an ever-changing world. In 2018, Repsol entered the Mexican market, creating Repsol Exploración México, its local subsidiary in the country’s oil and gas sector.

What potential does Repsol see in Mexico’s exploration scene?
Mexico is crucial for Repsol’s global E&P quest. Between 2017 and 2018, we invested important financial resources in rounds 2.1, 2.4 and 3.1 where Repsol was awarded six contracts for exploration and production in six offshore blocks: three in shallow waters (blocks 5, 12 and 11) and three in the deepwater (blocks 10, 14 and 29).
Mexico could be categorised as a mature province but it is vastly unexplored. Its discoveries and exploited reserves are concentrated in very specific areas, while the majority of its acreage is still available for exploration. This makes the Mexican side of the Gulf of Mexico both prospective and attractive. In recent years, we have seen laudable efforts being made by public and private operators in the country in exploration to ultimately increase the reserves-to-production ratio, which today stands at approximately 8-10 years.

What factors made the discovery and operation of Block 29 successful?
We managed to channel a very efficient process all the way though, from the signature of the contract in 2018 to the day we started operations. It was a very short period of time, and part of that is due to the way everything is set up in Mexico. Firstly, there was high-quality seismic data available via CNIH [National Hydrocarbons Information Center], which allowed us to move forward faster as opposed to the traditional method applied in other countries. The data was already ready to be processed, which made the progression swifter. Secondly, the whole process of permits and approvals was managed in a very efficient way by the regulators. This allowed us to drill two prospects in less than two years from inception.
Based on the great work done by our geoscientists, we were lucky enough to have two deepwater discoveries in the Salina Basin in Block 29: Polok-1 and Chinwol-1. These are 16 kilometres from each other, and 88 kilometres from the Tabasco coastline. We are operators in this block with a 30% participation, along with PC Carigali, Wintershall Dea and PTTEP México.
These prospects are in 500-600 metres of water depth, and we brought two drillships to Mexico for operations, one of which is the Maersk Valiant deepwater drillship. We felt that we had to bring the latest technological equipment for this type of work, and doing so allowed us to be more efficient in the day-to-day drilling operations of these wells. Moreover, we did not find any major operational challenges despite the adoption of the protocols to comply with strict health measures established during the pandemic. Today, we feel that on the exploration side, we have managed to understand how things work in Mexico very well and hence our success in Block 29.

What other activities did you carry out in 2021 and what goals do you have for blocks 10 and 11?
We had a second drilling campaign last year, drilling two more wells in Block 29. One was the Polok appraisal well, and the other was an exploration well that was not successful. In addition to that, we carried out what is considered to be the first DST (drill stem test or well testing) made by an IOC in Mexican deepwater. We are now finishing the evaluation of all the results from the appraisal well and the DST, and we have exceptional information.
We also collected a lot of information from the initial drilling campaign, which gave us a good understanding of the field and the reservoirs. We are now integrating all of it. As of today, we are working on the visualisation to develop Polok and Chinwol and we estimate we will reach first oil at the end of 2026. However, it is still too early to determine this.
As for Block 10, we have a two-well obligation for this area. We drilled the first well during the first campaign, and it was dry. We still have a one-commitment well to fulfil in Block 10. In addition, we need the results of that well to decide on the future of the project.
Likewise, we have Block 11, which is adjacent to Block 29, and this is a shallow-water block where we are also working on a prospect. The plan is to drill it in the next exploration campaign, developing it as a satellite to Block 29.

How important is the discovery of Block 29 for Repsol on a global level, and how seriously is the firm betting on technology and sustainability?
Block 29 is one of the 14 largest projects for Repsol in terms of E&P globally. This exemplifies the importance Mexico has in our worldwide portfolio. Accordingly, despite being an IOC, we try to contribute with matters such as local content, where we have a higher percentage of Mexicans working for us than the officially stipulated one.
Technology will be essential to further develop this block in a more efficient way. It has to be monetised in the short term. Likewise, in the visualisation of Block 29, we are looking into ways of reducing carbon emissions. We have a global target of zero emissions by 2050 across our operations, and applying this approach in Mexico is key.

What lessons learned and added value does Repsol bring to the Mexican exploration space?
There is a very complex and robust regulatory framework in Mexico. However, it is important for the regulator to receive feedback from private operators so that matters can be streamlined. We also have to understand that operations, as in Block 29, are very specific, while regulations are rather broad. This means specific operations need to be regulated in a specific way in order for them to be more successful. We must anticipate and plan ahead because things change. The last two years demonstrated that very well. You need to be ready to adapt. This has been the largest learning curve in the years we have been active in Mexico.
As for added value brought into Mexico, we are a solid company with international experience. We operate projects and manage many types of developments in different environments across the globe, where knowledge and technology transfer is one of the competitive advantages we offer. It is very valuable and sets us apart from the rest.