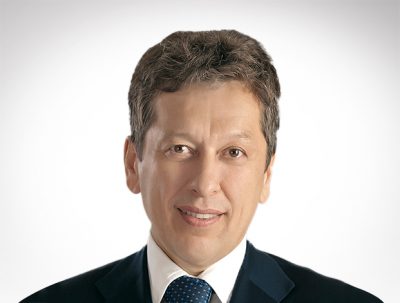 Tatneft is successfully developing one of the most important areas and a promising asset: hard-to-recover reserves.

Nail Maganov, general director of Tatneft, talks to TOGY about how the company is boosting its oil production, its strength in tackling hard-to-recover reserves and its priorities in terms of new exploration and licences. An integrated oil and gas company headquartered in the Republic of Tatarstan, Tatneft is the fifth-largest oil producer in Russia.

How is the company progressing in increasing its oil production to 278.5 million barrels by 2030 in order to strengthen its position in both the Russian and global energy markets?
In terms of oil production, Tatneft occupies the fifth place in Russia. In 2018, the company’s oil production amounted to 29.5 million tonnes [216.2 million barrels], within the framework of the current OPEC+ agreement.
In recent years, the company has doubled the commissioning of new wells (to about 600 wells annually). Another area that the company has been developing effectively is hydraulic fracturing. In 2018, Tatneft held third place in Russia for the number of wells covered by hydraulic fracturing (about 900 wells per year).
Tatneft is successfully developing one of the most important areas and a promising asset: hard-to-recover reserves, including reserves of super-viscous oil. The project is being successfully implemented thanks to the active introduction of innovative technologies and cost optimisation, as well as measures of state support.
Tatneft began a pilot industrial development of super-viscous oil in 2006 and during this period it achieved an increase in oil production of up to 2 million tonnes per year. We have accumulated considerable experience in designing, geological modelling, well construction and environmental control during the development of oil and gasfields. Today, the company is ready to replicate this project both in Russia and abroad.
Over the past five years, Tatneft, together with specialists from Moscow State University, the Federal State Budgetary Institution “All-Russian Research Geological Oil Institute,” Kazan Federal University, the Oil and Gas Research Institute of the Russian Academy of Science and others, has carried out studies to examine the prospects of oil-bearing deposits with hard-to-recover reserves.
In 2017, together with Federal State Budgetary Institution “All-Russian Research Geological Oil Institute,” temporary methodological recommendations were developed for calculating oil reserves of Domanic deposits, which are currently used by other domestic companies to put oil and gas reserves on the state balance.

What are Tatneft’s priorities in terms of geological exploration and licence acquisitions?
The company annually develops and implements programmes for additional exploration and pilot industrial work to identify and develop oil deposits from unconventional reservoirs with the aim of involving previously undeveloped horizons in the development. For this purpose, licences were obtained for sites that today have become “scientific training grounds” for further development of technologies for unconventional collectors of crystalline foundations, Domanic deposits and deposits of extra-viscous oil.
The increase in reserves at Tatneft is achieved due to exploration work as a result of drilling exploration and exploration wells, which are designed after 2D and 3D common depth point (CDP) seismic exploration. The success of exploration drilling is more than 85%. The increase in reserves (geological/recoverable) for 2018 amounted to 38.4 million/15.5 million tonnes [281.5 million/113.6 million barrels], including due to exploration work 31 million/9.9 million tonnes [227.2 million/72.6 million barrels].
Exploration is a strategically important value growth lever for Tatneft. But the company’s main priorities in oil production are the maximum use of available resources, through processing and re-interpretation of geological information, and the development of residual reserves in Tatarstan using technological innovations for the growth of oil recovery, including using IT solutions. The company creates digital twins of its mining assets, which allows reliable determination of their potential and conducting development with maximum efficiency. As part of this programme, by 2021, digital modelling of all of Tatneft’s fields will be completed.

What are the next steps of the company’s refinery modernisation programme and its downstream investment priorities for the coming years?
The company’s key processing asset is the TANECO complex in Nizhnekamsk, which was put into operation in 2010. During this period (between 2010 and 2018) over 60 million tonnes of raw oil materials were processed. Within the complex’s development framework, in 2018 five high-technology installations were put into operation, which significantly increased the effectiveness of processing.
At the beginning of 2019 at the TANECO complex, with the participation of Russian Federation President Vladimir Vladimirovich Putin, a factory was launched for the production of modern premium automobile fuels (AI-92, AI-95 and AI-100).
In August of 2019, with the participation of Russian Prime Minister Dimitry Anatolyevich Medvedev, a new production facility, the ELOU-AVT-6, was made operational. This increased TANECO’s production to 15.3 million tonnes per year.
According to the experts, the TANECO complex is the recognised industry leader by many indicators – processing depth, production of light products, capacity utilisation and product quality. TANECO’s diesel fuel is considered to be of high quality; in terms of cetane number, it is the best in Russia. The company has mastered the production of such highly liquid and high-quality oil products as the RT, TS-1 and Jet A-1 aviation fuels and the Euro-5 diesel fuel.
The high oil refining depth of more than 99% at the Refining and Petrochemical Plants Complex in Nizhnekamsk (NPiNHZ Complex) is achieved by ensuring the deep processing of oil residues at the delayed coking unit and, accordingly, the absence of production of heating oil. The delayed coking unit was put into operation in 2016 according to the domestic technology of JSC Inkhp. It should be noted that more than 80% of the installed equipment is also domestic.

What are the main objectives of Tatneft within its 2030 Strategy?
To carry out its strategy until 2030, the Tatneft Group plans to invest almost RUB 1.1 trillion [USD 17.3 billion].
The company’s strategy in the upstream sector aims to preserve its position and increase its production to 38.4 million tonnes [281.5 million barrels] per year with the replenishment of reserves of over 100% and provision of assets for more than 30 years.
In accordance with the strategy in downstream, we hope to increase oil refining to 15.3 million tonnes per year with a refining depth of 99% and a light oil product yield of 89%. The average value of the processing depth in Russia is 83.4%.
The development strategy of the tire business is planned to ensure the growth of tire sales by 2030 to 18.1 million units per year and an increase in the share of the Russian market by at least 22% due to the continued implementation of business projects introducing high-tech production facilities and technologies. Today, the company occupies more than 50% of the Russian truck tire market, and has increased the market share of CMC tires to 28% and light truck tires to 27%. More than 30% of manufactured products are exported.

Could you elaborate on your development plan in the downstream sector?
Further steps to modernise the refinery include building new secondary process facilities that will increase the volume of high-quality products – gasoline, diesel fuel, raw materials for petrochemical industries.
The priority investment projects of Tatneft in the future are: hydrotreatment of middle distillates, hydrogen production, gas fractionation unit, catalytic cracking, isodeparaffinisation of diesel fuel – to increase the production of high-quality gasoline, summer/winter/Arctic diesel fuels, individual hydrocarbons (propane, butane, isobutane); hydroconversion and hydrocracking units to ensure deep processing of oil residues with an oil refining volume of 15.3 million tonnes [112.2 million barrels] per year.

How would you describe the importance of the new integrated chemicals and composites production cluster Tatneft plans to establish in Tatarstan?
The project for constructing a petrochemical complex is an important point for the growth of Tatarstan and Russia as a whole, with great potential and a long-term perspective. The whole long-term concept is expected to result in the maximum configuration to create industries that will produce more than 3 million tonnes of raw petrochemical materials and 32 types of products. The value of the first stage of investment is estimated at RUB 70 billion [USD 1.1 billion].
Today we are working on design documentation. In the event of a positive decision at the federal level, the realisation of the project will allow us to create about 4,000 jobs and provide significant investment in the expansion of the country’s GDP, including the result of the synergistic effect in related sectors – construction, machinery and other industries. Raw materials will be processed into consumer goods. This will become the new impetus for development for small and medium-sized businesses in the region.

What are the key factors in Tatneft’s success and the company’s main competitive advantages in Russia?
The capitalisation of the company in 2018 approached a threshold of RUB 2 trillion (reaching RUB 1.9 trillion [USD 29.9 billion] Tatneft has entered the top 10 of Russia’s most highly valued companies [according to RIA Rating’s list of the top 100 largest Russian companies by market capitalisation].
Our first competitive advantage is our people: a team with a sense of responsibility, an entrepreneurial spirit and the ability to learn quickly. Second, we have a built-in internal management system focused on maximising value, stimulating each employee in his function to make the most effective decisions, to seek new approaches – both technological and managerial.
I would also note the high manageability of the company and the flexibility of decision making. We are not as large as many of our competitors in Russia and the world, which is probably why we are more mobile in decision making, which in modern conditions is an important aspect.
Of course, I consider the support from the Republic of Tatarstan to be an important aspect. Both business and government agencies had a common view on the development of industry and the future of the country.

How strategic is the company’s expansion in regions outside the Republic of Tatarstan?
Despite the fact that Tatarstan has been and remains a priority development region for Tatneft, the company also operates outside the republic.
Together with affiliated companies, Tatneft owns 31 licensed areas outside the Republic of Tatarstan, including 11 in the Samara region, eight in the Nenets Autonomous District, eight in the Orenburg Region, one in the Ulyanovsk Region and three in the Republic of Kalmykia.
In 2019, the company acquired one site in the Nenets Autonomous Okrug for exploration and development of open fields and two new licensed sites in the Samara Region.
In regions outside the republic, in particular the Orenburg Region, Tatneft is considering geological exploration tasks for the development of Domanic deposits. In the Nenets Autonomous District, there are plans to study and develop Devonian carbonate reservoirs with the creation of technologies for intensifying production and increasing oil recovery.
The 2030 Strategy includes plans to invest more than RUB 5 billion [USD 78.6 million] annually in geological exploration, most of which is planned to go to the development of production centres in regions outside the Republic of Tatarstan where Tatneft is already present – Samara, Nenets Autonomous District, Orenburg. In general, it is expected that by 2030 the company will produce more than 3 million tonnes [22 million barrels] per year on assets transferred to exploitation from the exploration stage.

What are the details of Tatneft’s international expansion strategy in Central Asia throughout 2020 and beyond?
We believe that the markets of Central Asia and the Middle East can become important sales markets for Russian products (tires, engineering products, technologies) and development regions for Tatneft to grow the value of the company. These are countries close to us in spirit, we have a lot of common history, many people in them speak Russian, there is not much difference in time zones, there are no significant barriers and economic integration is developing. We want to develop in these regions, we are convinced and will continue to convince our partners in Central Asia of the seriousness of our long-term intentions.
Our company has something to offer: our technologies in exploration, drilling, oil production, approaches to the development of hard-to-recover and traditional reserves, work with equipment, experience in building production systems, personnel development system and other areas have interested many partners. We have many promising contracts and joint projects with partners from Central Asia.
In general, I can say that international expansion creates many opportunities for the company: It is possible to test our developments in new conditions, to verify their competitiveness and to gain new experience and knowledge.