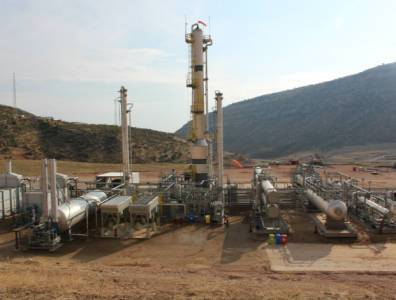 One of the largest oilfields discovered in the world in the past decade, the Kurdistan Region of Iraq’s Shaikan oilfield is already on track to producing 40,000 barrels of oil per day (bopd) by the end of 2014.

Yet UK-listed exploration and production company Gulf Keystone Petroleum hopes to increase this to as much as 100,000 bopd in phase one of the oilfield’s development.

There are, however, serious challenges in the development of the field: raising the oilfield’s output will require a substantial investment. A relatively small exploration and production firm, Gulf Keystone has opted for a modular approach to field development that will allow production to be scaled up incrementally without a large upfront capital investment. During the plan’s first phase, the field will be producing heavy oil, which can be blended with lighter crudes, provided that the required infrastructure is available.

Gulf Keystone has pushed ahead with new development drilling in the oilfield, demonstrating its commitment to what it says is the company’s key asset.

PIPELINE INFRASTRUCTURE: The development of the Shaikan oilfield will be facilitated by the recent completion of the Kurdistan-Turkey export oil pipeline, allowing for easier export of Shaikan oil, now trucked to Turkey’s Dörtyol port for export abroad. Gulf Keystone is in negotiations with the Ministry of Natural Resources to connect the Shaikan field to the regional pipeline infrastructure.

HEAVY OIL: Crude produced from the Shaikan field is heavy, yet there is no heavy oil pipeline in the Kurdistan Region. The regional infrastructure will have to be expanded to include the Shaikan crude. Until then, trucking will continue as the main form of transit.