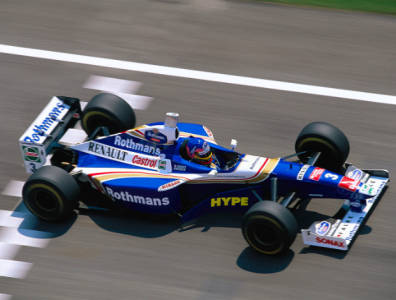 Sidetrack Sunday: BP back in Formula 1

Sidetrack Sunday, TOGY's coverage of offbeat oil and gas news, today taps into the fast-paced world of Formula 1 and BP's return to the world's premier form of racing. With a host of new aerodynamic regulations going into effect in the upcoming season, lubricants might be the key to clinching the title.

Last Thursday, BP announced it had reached an agreement with Renault Sport Racing for fuel and lubricants in the upcoming Formula 1 season.

Utilising the BP Ultimate and Castrol EDGE labels, BP will rekindle its relationship with the French constructor. The company last worked with Renault during the 1997 season, which ended with William Renault clinching the constructors’ title, while Canadian Jacques Villeneuve won the drivers’ championship. The Castrol livery was last seen in 2005, again on a Williams car. BP has not been visibly present in Formula 1 since the early 1990s.

“Developing leading fuel and lubricant technologies is a key priority for BP. This partnership creates exciting opportunities for the teams in Renault and BP to work together to further our cutting edge fuel and lubricant technologies in the highly competitive world of Formula 1,” BP Downstream Chief Executive Tufan Erginbilgic said in a press release.

BP takes over from Total, Renault Sport Racing’s partner during the past season. The company is also widely expected to enter into a partnership with McLaren Honda, which saw sponsor ExxonMobil and its Mobil brand depart for 2016 runners-up Red Bull Racing. World championships Mercedes will continue their partnership with Malaysia’s Petronas, while Ferrari traditionally works with Shell.

“With the new aerodynamic regulations for the 2017 Formula One season, power sensitivity will increase. Therefore, fuels and lubricants will make an even greater difference to the overall performance of the car than they have since the new power unit regulations have been introduced in 2014,” Renault Sport Racing Managing Director Cyril Abiteboul said of the changes.
The first race of the season will in Melbourne, Australia, on March 26.