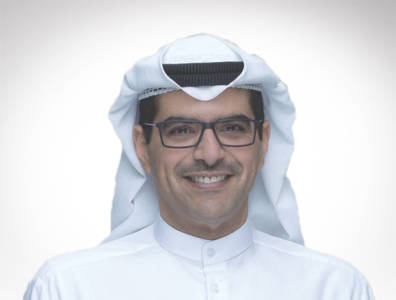 With the squeeze in margins, banks have to be more efficient, which makes them gravitate towards either technology or consolidation.

This interview is featured in The Oil & Gas Year Kuwait 2019

How important is Kuwait’s aim of diversifying its economy away from oil and what elements are vital in this?
As far as Kuwait is concerned, diversification is a must going forward. Our dependence on crude oil production, added to the high volatility of oil prices, makes it difficult to predict stable revenues coming from this sector. The 2015-2016 period was a wake-up call not only for Kuwait but for the entire GCC, a clear indicator that suggested diversification was needed.
The Kuwait Vision 2035 seeks to diversify the country away from both upstream and downstream activities to ultimately hit a more stable output with a certain degree of predictability in fuel prices. Although it is true that more than 50% of Kuwait’s GDP comes from oil and gas, we also have to account for the investment income of KIA [the Kuwait Investment Authority]. In addition, emphasis is put into developing both technology and human capital as new keys to success.
Most importantly, the government is also trying to give more space to the private sector to promote sustainability. The active involvement of the private sector will make the market more dynamic and take an important amount of the financial burden off the government’s shoulders. In the coming years, it will start to lead this country’s development.

What are the main reasons behind the M&A wave among banks across the GCC?
If we look at the landscape in recent years, there has been a big wave of consolidation in the region, particularly in the UAE but also in the KSA, Qatar and Oman. These moves have been prompted by tighter market conditions as local economies have shrunk. This has been triggered by lower energy prices and a subsequent fall in credit demand.
In addition, steps towards consolidation are beneficial when it comes to boosting the growth of the private sector. Here, the recent round of regional mergers has targeted operational and funding cost reductions, improved profitability and reinforced asset bases and risk management capabilities. Furthermore, ongoing developments will drive other lenders in the region to consider M&A as a way of remaining competitive. Interestingly enough, mergers in the financial sector reflect a larger trend within Kuwait’s economy, where we find the consolidation of firms in key sectors.

What steps are being taken in Kuwait to consolidate the banking system?
As in the region generally, in Kuwait we witness a tendency towards consolidation, but mainly with local players. This is due to the increasing cost of banking in general, and more specifically compliance. Regulators have increased their involvement with pricing, with fees and charges. In addition, the new monetary policy not only ensures that the banking system is healthy but also looks after the consumers.
What is more, with the squeeze in margins, banks have to be more efficient, which makes them gravitate towards either technology or consolidation. Consolidation makes more sense: Why would I be spending on both entities when I can consolidate into one and add more value for the shareholder? Kuwait is not far away from consolidating its banking system through this M&A trend, which suggests that Kuwait’s banking system will continue to remain stable.

How would you assess the robustness of Kuwait’s financial sector?
For the last couple of years, the Central Bank of Kuwait has introduced the application of the IFRS 9 standard, which tracks the shortages or surpluses of provisions with banks.
Interestingly, all Kuwaiti banks now have surpluses thanks to the precautionary provision the Central Bank has established. We see that it has applied reforms to the system in order to reduce excesses. Today, KFH still has a provision surplus of KWD 44 million [USD 144.2 million].
If you compare this panorama with those of banks in other jurisdictions, for example in the KSA or UAE, they all had shortfalls and had to reinforce their provisions to meet the IFRS 9 standards. This gives you an idea of how conservative our Central Bank is, and the buffer that the Kuwaiti banks have. This, in a way, reflects the strength of our financial sector.
Lastly, we are seeing more steps in the Boursa Kuwait and the CMA [Capital Markets Authority] to guarantee a more robust environment. The free flow of capital is the key to achieving a stable and robust financial system.

What benefits would a stronger private sector bring to the market?
It would make the market more dynamic, flexible and efficient. It is much easier to invest abroad than in Kuwait. This is due to the high levels of governance and bureaucracy, and the way tenders function in the country, which ends up jeopardising the functioning of the entire system. In this regard, the private sector is much more efficient. We hope PPPs get revived as this could represent a huge success moving forward. That is why we say: “Move to private.”

What added value will the acquisition of Ahli United Bank (AUB) bring to KFH?
At the moment we are in the end stages of the due diligence to acquire AUB. This step will add an extra value to KFH as it will also imply, among other things, the establishment of a second-home market in Bahrain through AUB Bahrain.
As for benefits it will have, this move will grow and reinforce our domestic market share. In global terms, it will open the doors to markets such as Egypt and the UK. Therefore, this acquisition will allow us to have a wider geographic footprint, to serve our customers better and to enhance the overall return.

What synergies are found between KFH and the K-companies?
We are extremely close with the K-companies, particularly with KPC, because they lead the majority of the projects we are involved in. So far, we have been involved in important projects developed by KPC subsidiaries such as KNPC, KPI, PIC and KIPIC both domestically and abroad. We meet up with representatives of the K-companies once a quarter in order to keep updated on projects in the pipeline, so we can anticipate and act accordingly. We are now in talks to collaborate with them on solar cells as we are also involved in the sponsoring of power generation projects.

What involvement does KFH have in some of the mega-projects anchoring KPC’s 2040 strategy?
We are deeply involved in the diverse mega-projects which shape the present and future of Kuwait’s oil and gas sector. In 2016, KFH signed a financial contract with KNPC for the Clean Fuel Project. While Islamic banks have a KWD 490-million [USD 1.61-billion] share in the funding, KWD 275 million [USD 901.3 million] was directly financed by KFH.
The most recent deal we have sealed is a credit-based contract with KIPIC where KFH is in charge of the financing for the USD 2.3-billion LNG import facility. Here, we were selected to lead the deal with the Islamic banks, being responsible for a USD 500-million share.
In the international arena, we have successfully led the Islamic tranche that is sponsoring the new Duqm refinery in Oman. KPI is a major shareholder in this mega-project, which has facilities valued at USD 4.6 billion. While the financing of the project will be carried out by 29 prestigious funding institutions from 13 countries, we participated with a USD 500-million credit package supporting the development of the project.

What role is KFH playing as a key financer of hydrocarbons-related projects?
We are leading the Islamic tranche of every transaction flowing into those oil and gas projects sponsored by the K-companies. We are dealing with all the local Islamic banks, covering the entire market in terms of capacity that could be financed. There is a drive by the K-companies to provide financing in local currencies for local banks to grow their portfolios and have a share in the rebuilding of Kuwait. We are in charge of channelling these transactions.

What further footprint does KFH want to have in the oil and gas industry in the coming years?
We will definitely be aligned with KPC’s strategic plans. There will be a spurt of oil and gas projects in addition to projects in power generation infrastructure. We should see more projects coming to life and we will be present. Our role will involve the financing of these projects, the provision of simple and complex banking services as well as consulting and trade facilities. We are involved in nearly every major financial transaction in Kuwait, funding government and private projects, both domestically and abroad. We want to continue playing this vital role.
In line with Kuwait Vision 2035, USD 32 billion worth of public projects are planned for the near future. Here, the banking sector is well-equipped to play an important role when supporting the development of Kuwait’s greater project activity in 2020 and beyond. In this scenario, KFH is a key component of the 2035 vision as it is the leading Islamic financial institution enabling national development and the growth of the financial services industry.