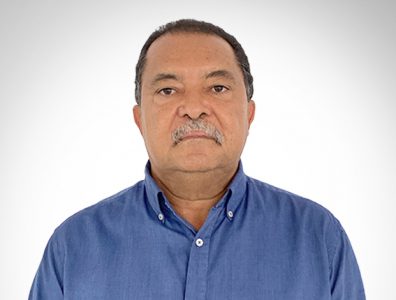 Onshore E&P has to be treated more openly, with less intervention from the agency or the government because it involves a lot of risk.

Carlos Amaral, general manager of Acrep, talks to The Energy Year about challenges in reversing Angola’s production decline and how the government’s upstream policies should differ between onshore and offshore. Acrep is an Angolan upstream company that in 2020 took 10% in Block 1/14, partnering with Eni, Equinor and Sonangol P&P.

Do you foresee Angolan oil production rising or falling in the coming years?
As the government has acknowledged, the country’s oil production is going to come down in the next five or six years – there is no other option. We are talking about feasible production of 1.2 million-1.3 million bopd at present. Our typical production decline is about 10-12% yearly, and in order to combat that we would have to add 120,000 bopd. Meanwhile, we don’t have the ongoing projects needed to do that. We are going to see a real reduction in output over the next three or four years.
At the new blocks that have been allocated or announced, exploration programmes were expected, but given the present oil price, the economy and the low level of consumption internationally, no one is going to do any exploration. Recently, one of the key executive ministers announced that they do not expect new production before 2025, which takes into account the best timing for crude from new discoveries, if there is appetite and feasibility.

What are the upstream sector’s challenges in reversing this declining production?
I think it is better to keep our production level low and run it properly. We should have a well-founded lower level of production, around 900,000-1 million bopd, and try to manage that well, which means taking advantage of the oil price and not emptying the reserves. Given that our production comes from tertiary formations, the more they produce, the quicker they go down. We need to have a policy where for any field’s production life we mandate a production plateau. Then we can start building on the reserves.
Right now, we are selling oil at a low price that costs a lot of money to produce. I believe the major oil companies are seeing that there is no point in producing in seven years what should be produced over a 12-year life.

How can onshore E&P be made economically viable?
The major step has been the announcement of the licensing round by the ANPG [National Oil, Gas and Biofuels Agency]. The second step is determining how to compete with countries like Nigeria, where the cost of production is cheaper. We are too expensive. Data packs will be sold under an entry fee of USD 1 million for Angola’s 2021 bidding round, while in Nigeria these cost USD 50,000.
Onshore E&P has to be treated more openly, with less intervention from the agency or the government because it involves a lot of risk. You cannot stick to a working plan with a predefined X kilometres of seismic. You spend your days looking for something that may not be there and at the end of the day you have to pay much more than for an offshore well.
My philosophy is that during the exploration phase, you have to let companies do what they have to do and then if there is a discovery, there can be tenders, etc. Local companies like ours should not have bid on the deepwater offshore, but that’s what was available when we started.

How are operators trying to reduce costs while increasing production efficiency?
Operating costs are mainly being reduced by squeezing the service contractors. For example, in Block 2/05, because it is shallower Somoil is being pushed to do part of the job rather than to subcontract.
If you buy a supply vessel, you can negotiate good payment terms for the purchase and overall enjoy a good margin. However, when you rent a vessel, you do not have much of a margin. The only way to create a margin is to pay less to the service provider.
The way I understand it, in certain blocks the operators have squeezed the service providers as much as they can to reduce cost because there is no other way. In fact, today Acrep is starting a process of reducing personnel by 40%. We are reviewing salaries and the cost of consultants. We all have to adapt.

Can you give us details on your 2020 deal to join Eni by taking 10% in Block 1/14?
We see a lot of potential in Block 1/14, and the fact that it attracted Eni confirms this. Its estimated resources are quite sizeable, and are on par with those of our other two assets.
It is a real exploration effort, with a lot of seismic to be acquired. The first exploration well is expected to be drilled two to three years after exploration starts, which means between 2023 and 2024. The block has around 40 wells drilled; it is not a virgin block. Even with all that, we are going to do a full seismic campaign. Through this, we’ll determine where we are going to drill the wells that are part of the exploration programme.

What is Acrep’s business strategy for the near future?
First of all, we have to survive through 2021. The rule for us is we should not spend on anything other than seismic right now. However, if we were given the chance, we would consider buying a second-hand rig. We will not participate in the 2021 bidding round because USD 1 million for an entry fee is a lot of money.
We have two producing blocks in our portfolio: Block 2/05 and Block 4/05. With the capex approved already, we expect to see production of 25,000 bopd at each of them. Here we have good projects for developing, but we need quite a lot of capex. We are left with two options: Either we find this capex, which is not easy, or we sell our stakes in one of the blocks. It is good to partner with big players but at the same time, they start moving faster than us in terms of investments.
As an added note, it is in our plans to list Acrep on the Angola Stock Exchange in the near future. This will represent a great investment opportunity.

What is Acrep’s added value as an investment option?
We have been around for 17 years and participated in the drilling of 17 exploration wells. We have spent USD 150 million on exploration and have discovered about seven fields but we have only put one into production so far, which makes us an attractive company.
We are small but we have spent a lot of money. We have projects that will bring our net production to around 7,000 bopd by 2024. There is no better deal than coming into Angola, investing in a small player like Acrep and making good money. It is good, clean money based on low risk and solid management.