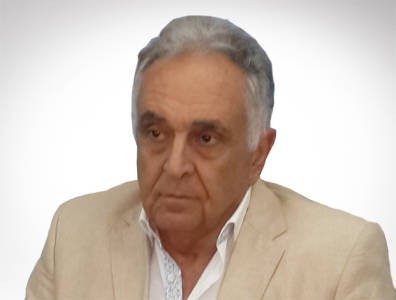 We foresee issues with the lack of human resources, which is why we are incentivising following generations to become involved in these sectors.

The power of Corrientes

Eduardo Melano, the secretary of energy for the province of Corrientes, talks to TOGY about developments in the provincial power generation sector, development of renewables projects and how well prepared local industry is to participate in further energy growth. Corrientes is currently concentrating on expanding natural gas access and reaching national renewable energy targets.

The Corrientes Secretariat of Energy is composed of five directorates: electrical development, hydrocarbons development, renewable energy development, legal affairs and administration, and resource management. The secretariat sets the province’s energy policy and oversees the tender and development of its energy-related projects.

• On energy training: “We foresee issues with the lack of human resources, which is why we are incentivising following generations to become involved in these sectors. It is not just about adding power generation capacity, but also technological developments and making sure that people can manage them.”

• On transmission capacity: “Transmission in the region has improved a lot. We are the region that, measured by megawatts operated, has transformed the most because of the inefficiency of the transmission system. We started working on changing this situation and we have been able to improve a lot since 2016. We have worked to prepare the system for an increase that can occur after implementing more renewable energy projects.”

Most TOGY interviews are published exclusively on our business intelligence platform TOGYiN, but you can find the full interview with Eduardo Melano below.

What are the Corrientes province’s most recent energy projects?
We have the same objectives as the national government. We have taken the challenge proposed by the government to change our energy matrix. The federal government is aiming for renewable energy to make up 20% of the matrix by 2025, but we think we can get up to 28% because biomass is one of our main resources.
We have one 40-MW plant that was licensed before the RenovAr plan in Virasoro, and in Santa Rosa there was a project presented at the RenovAr 1.0 round for 15 MW. In RenovAr 2.0, three projects have been presented. At the plant in Virasoro, Fuentes Renovables de Energía wants to add another 40-MW module. In Santo Tomé, two projects were presented, one of 10 MW and one of 15 MW.
Peak demand in the province is currently around 580-600 MW, but median demand is around 400 MW. With the central plant in Virasoro, we are already at 10% of median demand, so we are quite optimistic about reaching 20%, and even going higher than that.

What other renewable energy projects are being developed in the province?
We are working with several projects for solar panels for the next RenovAr rounds. We are working on projects under the PPA [power purchase agreement] format to analyse possibilities. We have a distributed generation draft law to stimulate solar panels at home, and we expect it to pass by late 2017.
We are also working on thermal solar energy, or solar water heaters. We did some pilots with schools a couple of years ago and are now continuing the test with solar heaters and solar panels. We asked the Instituto de Vivienda [Housing Institute] to put solar heating in social housing projects, so a manufacturing plant in Mercedes has already started producing the heaters. The Instituto de Vivienda has committed to buying 2,000 solar heaters for their housing projects, so we are starting to see the results of our efforts in this area.
We are also working with hydroelectric power plants. We have three hydroelectric plants here, in Garaví, Itatí-Itacorá and Itacumbu. We are working at Itatí-Itacorá with Comip [Argentine-Paraguayan Mixed Commission of the Paraná River] and Ministry of Energy and Mining technicians to conduct environmental impact assessments for the Suburí hydroelectric plant as requested by the national Congress.

What is the role of local industry in this reformulation of the local energy matrix?
With regards to biomass, the local industry has started to participate. In the power generation part, local companies can participate in the transmission and distribution sector, but not in the generation part. There is local participation in Virasoro in the area where the furnaces are located.
With regards to the solar panels, it’s still very complicated to compete with China. We are now looking into the kind of advantages we can give businesses that want to establish themselves in the province to compete with foreign products. There is a lot of potential for solar panels in Corrientes, even though we cannot compete with northwest Argentina. That area has 2,400 hours of sun per year, whereas we only have 1,800 hours. Regardless, the solar input is important in the province.
In this aspect, we are working closely with UNNE [National University of the Northeast], which is very advanced in studies on renewable energy, especially solar energy. The director of UNNE’s GER [Group for Renewable Energies] is the renewable energy director in the Corrientes Secretariat of Energy and has worked closely with UNNE on a very interesting research project. The university has very good research facilities for running tests, so we collaborate a lot with it.
Right now we are also closing contracts to move forward with a manufacturing plant for LED lighting. This will allow us to change public lighting in the whole province, leading to an important energy reduction. We are working on a plan with the manufacturing plant to change all the lighting.

As renewable energies move forward, how will the province’s technical capabilities be tested?
All the things we have talked about, especially renewable energies and biomass, mean a challenge for the province with regards to technology development. We will need engineers and technical people with the right qualifications, so it will be a challenge to develop this knowledge in the province. The same thing is happening with LNG and pipelines, because since there was no natural gas being exported from Argentina for several years, there is now a lack in qualified engineers.
That is also why we are setting up job plans together with the Ministry of Education and UNNE. We want to improve the quality and know-how of the workforce here. We foresee issues with the lack of human resources, which is why we are incentivising following generations to become involved in these sectors. It is not just about adding power generation capacity, but also technological developments and making sure that people can manage them.

What is the current status of electricity transmission and distribution infrastructure?
In some areas, investments are needed, and in others they are not. The Secretariat of Energy is a relatively young department, as it started as an undersecretariat 10 or 11 years ago. We started with 14 transformer stations and 1,100 kilometres of transmission lines. Right now, Corrientes has 21 substations and about 2,000 kilometres of transmission lines. We want to have 30 substations in the next couple of years.
Transmission in the region has improved a lot. We are the region that, measured by megawatts operated, has transformed the most because of the inefficiency of the transmission system. We started working on changing this situation and we have been able to improve a lot since 2016. We have worked to prepare the system for an increase that can occur after implementing more renewable energy projects. We also thought of having small hydroelectric stations. As you can see, we are very committed to changing the energy framework.

How has the revision of utilities tariffs impacted Corrientes?
Patagonia has a subsidy for natural gas for heating. We studied how much it costs to acclimatise a house in Patagonia and in northeast Argentina because here we have to cool houses with air conditioning. Electrical energy is expensive compared with natural gas. We have seen this asymmetry and we are trying to balance this. Of course, we do think that the pricing can’t continue in the same way.

What is the level of natural gas penetration in the province?
We started working on a development to gasify the province, since the region did not have gas at all before. There was only a gas pipeline connecting Entre Ríos with Uruguaiana in Brazil. We started with a project to extend it to Paso de las Libres in Corrientes and connect it with the internal networks in the city.
From a city in the south of the region, Colonia Libertad, we have a pipeline that extends to Curuzú Cuatiá. That 36-kilometre gas pipeline should be finalised by November 15. From there, it goes to Mercedes via a 72-kilometre pipeline that we are working on right now. From Colonia Libertad, there is also a pipeline going to Monte Caseros, so that means that the whole south will be equipped from those four cities. On November 24, 2017, we signed the contract for main pipeline through the city of Curuzú Cuatiá, and we will do the same for the city of Mercedes in the first days of December 2017. We have not yet started with Monte Caseros, but that will happen later on.
We are also working on a project for LNG. We have contracted a consulting firm, Taging, to do the initial research for us and we will be able to present the programme in November 2017. We want to bring virtual LNG pipelines to Goya and its industrial park so that it can later expand to the area of Paraná with Corrientes, Bella Vista and Esquina. To expand the GNEA [Northeast Argentine Gas Pipeline] would be very difficult and expensive, as it needs to cross the river from Resistencia and extend 230 kilometres from Corrientes.
The province has two important sources of development: forestry and rice. Currently, Europe does not accept rice that has been dried with firewood, so it has to be dried with natural gas. LNG will allow the development of rice driers. We have already defined the study and the exact costs, savings and so on. This will be very important for saving LPG and replacing it with LNG.

What is the importance of the Federal Energy Council?
I think the committee is very important for the development and planning of the energy sector in a professional way and to avoid patching things up as was done before. In early November 2017, we hosted the committee. I think that it is a fundamental and indispensable organisation for strategic energy planning in Argentina. We need to have this kind of committee to make sure the country’s energy strategy is well managed.

What objectives have you set for Corrientes’ energy industry for the next five years?
I would like to achieve the objective for renewable energies, but I would also like to locate and develop the large hydroelectric resources to make sure those are included in the energy matrix plans for 2025. The potential of Aña Cuá for the expansion of Yacyretá has already been identified. The province has huge hydroelectric potential, but we need to move forward with the proper environmental impact assessment so we don’t repeat the situation we had with Yacyretá, because from an environmental point of view and from the region, that hasn’t been managed well.
In this regard, we were able to propose an agenda for the Federal Energy Agreement in 2016 and 2017, so hydroelectricity is viewed as an element of regional development and so the work is productive and environmentally conscious.

For more information on energy projects supported by Argentina’s different provinces, see our business intelligence platform, TOGYiN.
TOGYiN features profiles on companies and institutions active in Argentina’s oil and gas industry, and provides access to all our coverage and content, including our interviews with key players and industry leaders.
TOGY’s teams enjoy unparalleled boardroom access in 35 markets worldwide. TOGYiN members benefit from full access to that network, where they can directly connect with thousands of their peers.