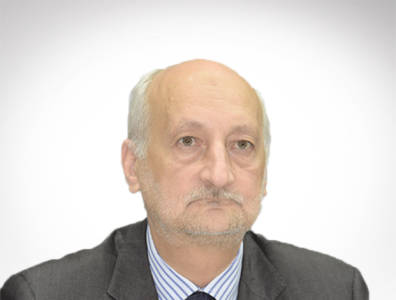 This is what Egypt is: We are very open to discussing with the different stakeholders the most beneficial framework.

Why gas investors are eyeing Egypt

Osama El Bakly, chairman of Egyptian Natural Gas Holding Company (EGAS), talks to TOGY about how the company is working to attract investments from IOCs and why Egypt has great untapped potential. EGAS issues E&P licences and regulates natural gas activities across the value chain, from the upstream to household connections.

What are EGAS’ latest efforts in regards to the Ministry of Petroleum’s modernisation programme?
The modernisation programme encompasses upstream investment attraction, capacity building, downstream and upstream performance, and the transformation of Egypt into an energy hub. Its main purpose is to help ensure that this strong momentum we are experiencing lasts in the coming years. We are aiming to maximise value addition. We are improving our resources and getting the best return on those resources.
In recent years Egypt has gone through several ups and downs. We were producing gas but the exploration and development activities were delayed, while consumption increased. We also faced the natural decline of the oil industry. This meant that we moved from producing enough gas to cover the local demand to importing gas from abroad to cover this demand.
A strategic plan was set to overcome this problem and for how to move in several directions to regain the balance.
A key factor was how to start reactivating the upstream side, how to help the IOCs to get back to work and start bringing projects back to life. This is clearly what we did with the West Nile Delta. We started opening very clear and transparent discussions with our partners, based on very clear economic models, and we reassured them of a good business climate, for them to understand exactly what their return on investment would be.
Thanks to this, the IOCs started approaching us and we started working on a very extensive plan to bring those projects back to life. We agreed with them to address some of the declines we were facing by using our existing potential. At the same time we worked on exploration, and Zohr is one of the examples of that. Although it was discovered as commercially feasible in August 2015, we signed [the Zohr Development Lease] in February 2016, and started production in December 2017.
Speaking very seriously, no one else in the world has achieved such a record. Normally, such discoveries take five or six years to produce, and we did it in less than two and a half years. Many IOCs and people around the world did not believe in what we were going to do, but we did it. We fast-tracked the exploration activities and launched bid rounds yearly, while we also developed the exploration discoveries very fast.

What main changes in the framework can help fast-track this investment attraction?
We worked on existing potential and exploration, but at the same time we worked on achieving a clear and conducive investment environment. A good example is the new gas law, which makes things very clear and gives everyone a good chance to participate. We also established the Natural Gas Regulatory Authority, sending a clear message to the investors that whenever they come to invest, they are going to be able to build their economic model.
The economic reforms in the country and the changes to subsidies are an intentional message, and we are very serious about that. Those are very important changes for attracting investors. At the same time, regarding the East Mediterranean gas hub, we have a very big gas network: We have the infrastructure, we have two liquefaction plants in Idku and Damietta, we have a big market with a lot of consumption and a privileged strategic location.
When we state that we need to become a gas hub, we think not only about Egypt, but about our neighbouring countries too. We are not competing; we are integrating. We have the infrastructure, we have a big market and network, and we also need to integrate with our neighbours for the benefit of everyone. Recently, a deal was made between private-sector companies to start getting gas from Israel. We are looking for Egypt to integrate into the market and be able to achieve the best for us and for our neighbouring countries.

What is Egypt’s other upstream potential?
We have a lot of potential. We recently made awards as part of a new bid round for the East Mediterranean and attracted new, big IOCs such as ExxonMobil. I personally believe that the Mediterranean is not yet discovered. Even if you look at what we have in Cyprus, in Israel – and Lebanon, which is about to drill – the Mediterranean is not yet discovered. Very soon, we’re going to launch another bid round for Egypt’s West Mediterranean, a frontier area where we have high expectations.
We effectively have not discovered the Nile Delta or the Western Desert. In 2005, Apache [operating in the Western Desert] said they would double production in five years through their 2x programme, and it happened, using the same assets but drilling deeper. Ganope has just launched a bid round for the Red Sea, an unexplored territory. Clearly, we still have a lot of potential.

Ganope introduced a new PSA model in its Red Sea bid round. Is this something you are looking into for the West Mediterranean round?
Everything is possible, as long as we and our partners sit down and discuss the best model for both of us. This is what Egypt is: We are very open to discussing with the different stakeholders the most beneficial framework. We are looking to create win-win situations.

What are some of the key points of EGAS’ strategy for 2019?
Our target is to discover more gas, to satisfy the market, to satisfy all contractual obligations and export the remaining gas. We also aim to maximise the value from gas. We want not only to use the gas as a source of power generation; we need to use it as a raw material for petrochemical industries.