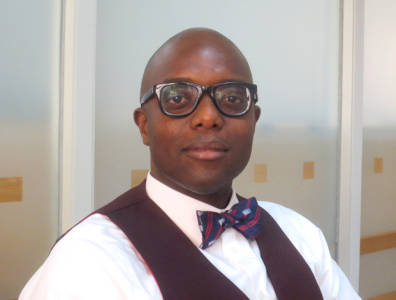 Maintenance activities have to continue through the ups and the downs. Besides the price, everything else remains consistent.

TOGY talks to George Ebuh, managing director of Global Oceon and Petrolog, about his company’s strategy in the current economic climate, as well as the interactions between companies and banks with regards to funding. Nigerian engineering company Global Oceon Engineers specialises in shallow water and deepwater offshore projects.

In last year’s interview you mentioned moving towards more manufacturing or maintenance projects as oil prices started to drop. How has that strategy evolved since we last saw you?
As you know, every strategy is subject to evolution. Due to the environment, we are struggling to operate. We have augmented our strategy to some degree but not substantially. We are still looking at increasing our footprint in manufacturing and maintenance, and we were successful in achieving that objective last year. But we recognise that even those sectors have been impacted by the current downturn in the industry, caused by the oil prices and then the slower market activity.
However, the strategy is still effective because maintenance activities have to continue through the ups and the downs. Besides the price, everything else remains consistent. Our corporate strategy has evolved in terms of our objectives. We are looking at the international market as well, taking on a lot of the new opportunities coming from other markets.
We have done projects over the past year in Egypt and Angola, and we are looking at Mozambique as well and the Ghanaian offshore. We have clear opportunities and projects to be completed this year and we are looking at new opportunities coming in. We’ve been able to evolve our strategy looking new markets where we can compete with international companies to deliver engineering, and we have been able to expand our footprint and revenue base.

Austin Avuru of Seplat said at an event that while all companies are employing different strategies across sectors, that all companies need to go and “talk with their banks.” What have you been saying to your banking partners?
Like they say, we are having a “come to Jesus” discussion with our bankers. Every bank explains the state of the market, what resources the company and bank have and how to reconcile the two
Typically, if you have a partnership with them, things will work out. They understand the current market conditions, and they know it is not specific to one company. They know the global phenomenon at this point in time and that the fundamental basis on which some of these transactions were made has changed. They say to be wise and make adjustments so rash decisions that create unnecessary losses are not made, because they are exposed as well.

How flexible are the banks in Nigeria when it comes to discussing the repayment of loans?
It would be an advantage for the banks to identify their partners that have project visibility or assets that still have tangible value. They should also understand that asset value may not be a perfect measure under these market conditions and focus on the possibilities or the abilities of companies to generate cashflow to at least provide some measure of the negotiated repayment structure.
If that is achieved, when things get better you can restructure back to whatever the market conditions allow. There has to be some flexibility on both sides to make the accommodation. I think it’s contingent on the relationship the bank has with the partners or the companies that are going to take those loans. I am sure every bank has a policy by which they are hard on one level and on another level they are more co-operative. Ensuring that you are on the positive side of that pendulum makes the difference.

I’m sure the current capital controls affect your business quite a bit. How do you see the implementation of these controls in the broad and narrow sense?
For or against, the effect is the key. If I have a 60-40 payment term with an IOC and I receive 40% in naira, based on the forex situation, I have in fact given the IOC a 17.5% discount. Based on the forex situation, I have to convert that naira to dollars at a rate that would be punitive at this point.
Granted, you do have expenditures in naira, but even those are rising to match the current exchange rate dynamics, because some of those prices are tied to imported items. You basically give the discount to the IOCs on that basis, and they generate all their money in dollars.
You do the math, see how that plays out and say whether that policy has a positive effect. But that is the more micro perspective. If you take a wider, longer-term view, maybe the dynamics change and make the argument for the government not to devaluate more positively. Some of the effects of it are difficult. However, in the long term, if they can manage it or reduce the difference between the official and the unofficial market, then maybe we’ll consider that manageable.

What is your opinion on making the shift to IJVs [incorporated joint ventures] rather than PSCs?
We have to look at the fundamentals of JVs and PSCs to understand it from IOCs’ and indigenous companies’ perspective. PSCs are of course better, as companies make more money. The Nigerian government has earned more money under JVs.
However, JV ownership has been declining precipitously over the past several years because of the lack of investment by the government in JV structures to match the developmental plans that need to be done. Looking at it from a position of what’s advantageous to the Nigerian economy, the Nigerian government really needs to revitalise and invest in JVs.
It doesn’t matter who is on the other side as long as it’s indigenous or an IOC. Of course I prefer indigenous companies because they will grow and more money is left in the country, meaning more development for the country.
On the other side, more money goes back to federal coffers from JVs, so oil production by JVs needs to increase to raise the amount of revenue the government gets from the oil and gas industry. When you plot the increasing PSCs against those JV decreases and the investments required, the matter is simple: Put more money in the JVs.
It doesn’t stop you from investing in PSCs. Put more money in JVs, whether or not they are IJVs.

What do you think about switching over to the IJV model instead?
I don’t have a problem as long as you are not changing the terms and conditions to make it uneconomical or less beneficial for the government. If I were one of the IOCs or indigenous companies investing, I might argue differently. When we are talking about the macro environment and the benefit to the Nigerian government, JVs provide more. Of course there is a lot of oil to be found, a lot of PSC assets as well as a lot of deepwater assets. There has been a lot of buzz, and the PIB [Petroleum Industry Bill] kind of addresses some of those issues as well and will soon change the terms in those PSCs to make them more advantageous, increasing government revenue.

How can National Petroleum Investment Management Services (NAPIMS) shorten the tendering process down to six months, as it has promised?
When a tender comes up, you put a deadline and keep it. Don’t let the technical stage take forever; don’t let the commercial stage take forever. Put timelines and complete them. I think NAPIMS is looking to do that. My understanding is that they have come to understand all the different facets and they have also negotiated and prioritised projects at this stage in time. The tenders are coming up. Watch and see how fast they are able to execute them from cradle to grave.
Aligning everybody – NAPIMS, bidders and IOCs – is not an easy task, but it should not be rocket science either. It is achievable and should not take forever. The difficulty of co-ordination is partly responsible for some of the inactivity that we have seen in the past and some of the inactivity that the industry is suffering from now. If decisions had been made, projects that were viable under previous economic conditions would be underway now. All we have been talking about is reducing costs to reduce the possible effects of the market on those projects, rather than talking about the projects not existing right now or being postponed until a better day. Some of that can be attributed to the bidding timelines.