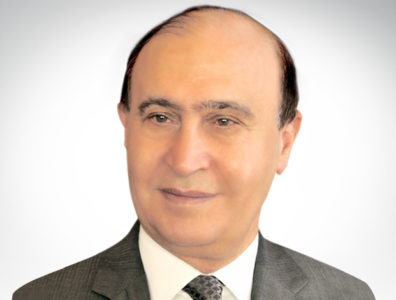 The success in funding and executing the New Suez Canal Project positively affected Egypt’s image internationally, which helped attract many foreign companies in the oil and gas industry and increased their investments in Egypt.

Could you elaborate on the positive impact of the New Suez Canal on the country’s oil and gas industry?
The success in funding and executing the New Suez Canal Project positively affected Egypt’s image internationally, which helped attract many foreign companies in the oil and gas industry and increased their investments in Egypt. This has helped the country overcome the shortage in petroleum products necessary for operating vehicles, factories and power plants. It also led to discovering Zohr, the largest natural gasfield in the Middle East, which is expected to provide self-sufficiency for Egypt within a few years. The stability and safety Egypt is witnessing now are strong bases to launch bunkering projects and chemical industries’ complexes in the Suez Canal region.

What does the New Suez Canal embody for the Egyptian people and economy?
The digging of the New Suez Canal started on August 6, 2014, after two great revolutions, which led to a sense of instability and raised hopes of development at the same time. The Suez Canal Area Development Project has been a dream of the Egyptian people over decades, but hasn’t been realised until recently.
The New Suez Canal was the first step towards large-scale development alongside the waterway. It helps the overall development of the Egyptian economy by diversifying the economic activities in the area, and makes the best out of its unique location.
Launching the project has helped boost the Egyptian economy as it provided 50,000 Egyptian workers with job opportunities. It also helped revive the construction and transportation sectors, which has positively affected all other sectors of the economy. President Abd El Fattah El Sisi called this project “the Egyptian symbol of development” because many other projects followed, such as the canal area road network linking it to the rest of Egypt, constructing tunnels that go under the Suez Canal to link Sinai to other parts of Egypt and developing ports on both ends of the canal to initiate the Suez Canal Area Development Project.

The Suez Canal expansion was wholly financed by the Egyptian public and completed within one year. Why was this method of financing chosen?
The political leadership at the time saw the necessity of strong public support for the project, which will be held as a new developmental model applied to upcoming national projects.  The idea behind this model is directly getting people to participate in rebuilding the national economy through increasing employment, and indirectly through funding that guarantees the success and continuation of these projects.
The best way to conserve the investments of Egyptians with suitable return was by issuing investment certificates, one of the forms of public subscription that were guaranteed by the Egyptian government. This method is not new to Egypt since prominent Egyptian economist and founder of Banque Misr, Talaat Harb, used it early in the 20th century, and it paid off. The method provided the necessary funding for the project, approximately EGP 64 billion [USD 7.19 billion], in just eight days.

What opportunities for improvement do you envision for Egyptian ports alongside the Suez Canal?
In light of the Suez Canal Area Development Project, the Egyptian government is working to develop the ports in the area through building new terminals, upgrading the machinery and carrying out management development procedures by working with internationally renowned firms in the field of ports management and operation.
By the end of the development projects, East Port Said is expected to be the largest and most prominent in the Mediterranean. Container handling capacity is expected to reach 8 million containers by 2030 compared to 3.5 million containers at present.
By the end of the development projects, Ein Sokhna is expected to become one of the most important ports in the Red Sea in the field of liquid and dry bulk handling. Containers handling capacity is expected to reach 1.2 million containers compared to 500,000 containers at present.

What is the expected participation of hydrocarbons industry players to develop the area into an industrial and logistics centre?
The Egyptian government is rapidly developing the Suez Canal zone to benefit from its features and the great number of vessels transiting through the waterway by starting a number of developmental projects in various sectors, most notably upgrading the infrastructure. Upgrades will include the expansion of the road network, tunnels and bridges, establishing new industrial, logistics and maritime services zones, establishing new power plants, especially renewable energy plants to make use of the existing natural resources such as the sun and wind and establishing seawater desalination plants to provide the water necessary for new projects. Additionally, we will be building siphons under the Suez Canal to transport sweet water to Sinai to encourage developmental and agricultural projects there.
As for the hydrocarbons industries, a petrochemicals complex is planned for execution in the Ein Sokhna area. In addition to increasing the capacity of the oil refineries and establishing new power plants that use coal as a source of fuel, we will decrease our imports which will save on hard currency expenditures and provide job opportunities for the development of the area.

What role will free zones play in turning Egypt into a global energy centre?
All laws and regulations governing work in the Suez Canal area are part of the Special Economic Zones Act, which involves giving incentives to the investors in all economic fields in the area, including the energy industry.
This should encourage investors to start projects in the energy industry for exporting purposes so as to benefit from the unique geographic location of the area and its proximity to prominent ports, as well as the passage of a great number of vessels through the canal.