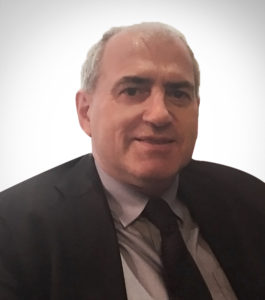 The Middle East has not historically been a deepwater territory. That is changing.

Depth of the Mediterranean Sea in certain areas:2 miles (3 km)

Hugh Fraser, a partner at Andrews Kurth law firm, talks to TOGY about the forces shaping demand for legal advice in Egypt’s energy market, the vital role joint ventures play in the Middle East's oil and gas industry and the challenges facing providers of legal services throughout the hydrocarbons value chain. The Texas-headquartered company has ten offices worldwide with Egypt and Saudi Arabia as important focus markets in 2016.

What are the demand factors for legal services in Egypt’s oil and gas industry?
The main driver of legal services in Egypt are joint ventures, for a number of reasons. First of all, in Middle Eastern markets the easy oil is gone, and we are now in need of higher levels of technology to access harder-to-reach deposits of oil and gas – unconventional gas, sour gas, enhanced oil recovery projects and deepwater are all being utilised. In Egypt, this trend is apparent in upstream operations moving further out into the Mediterranean Sea.
Of course, in the North Sea, the oil and gas industry is full of that technology and know-how, which is transferable to this region. On one side, the market is requiring higher levels of technology and know-how, but on the other, governments want to see local ownership, participation and in-country value. It is all about matching that technology with players in established markets that can combine joint ventures and take everyone’s interests forward on a win-win basis.

What is the force behind this push for joint ventures in the domestic and regional hydrocarbons industry?
What we see in the Middle East is a classic situation, but the specific model here in Egypt is a bit different from the GCC. Egyptian General Petroleum Corporation is really building its business on joint ventures with international oil companies such as BP, Shell/BG Group, Eni and Apache. The model perhaps is not dissimilar to what Qatar has achieved so quickly with a series of national and international oil company joint ventures. Whereas, of course, Saudi Aramco is pretty much just Saudi Aramco and acts alone.
Another level is high technology and rig service companies looking to internationalise. That process is actually accelerating, because things are quite tough due to the low oil price and high costs in places like Canada, the North Sea and the Gulf of Mexico. Companies are accelerating their plans to get a better foothold in the region, which is a driving factor. We have seen that in the first half of this year quite dramatically. OPEC meetings since 2014 have completely underpinned our assessment that this is very much a driving force right now.

Do you see the major area of future growth for partnerships in the region is developing offshore unconventionals?
Co-operation will expand in a number of areas, but the Middle East has not historically been a deepwater territory. That is changing. Now Egypt has the Mediterranean Sea and the Red Sea coming into play, which are both 2 miles (3km) deep in some places. The second area is onshore with the need for higher levels of technology for sour gas, heavy oil, unconventionals or enhanced oil recovery projects.

Is operating in Egypt’s energy industry different from the rest of the Middle East?
While Egypt is unique from the rest of the Middle East in many ways, when it comes to obstacles in legal services, the challenge remains being pigeon-holed into just disputes, courts and arbitrations by potential clients. These are actually a very small amount of what law firms do. The real majority are negotiated settlements that never reach courts and arbitration. Law firms are far more interested in getting joint ventures established, and everything that comes with it, than we are with having a massive amount of dispute work.
In one aspect, the Middle East is thankfully more geared toward joint ventures than local ownership and local content rules for oil and gas companies. But beyond that, there is a whole raft of work that needs to be done establishing agency and distribution networks, structuring international groups coming in and setting up