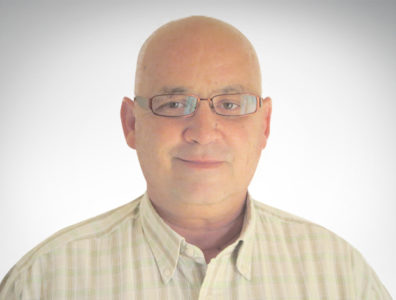 Today, the major problem is that there is no money. Banks are empty, and the government’s wallets are empty. Everybody else is almost approaching bankruptcy. The government is going to ask for international credits for some projects that are related with the 2017 Africa Cup of Nations and major works, such as the road from Port-Gentil to Libreville.

Date contract with CNR International is scheduled to conclude: 2019

What are Yinson’s current activities in Gabon?
Previously, there were two FPSO units belonging to Fred Olsen Production Company that were operating in Gabon. In the middle of 2015, Fred Olsen sold the production company to Yinson Production, a Malaysian group that is also registered in Singapore. At that moment, the Allan FPSO became part of the Yinson Group, and the Petróleo Nautipa FPSO became part of BW Offshore, which works under its local subsidiary Tinworth. So, as of April 2015, there were still two FPSOs in Gabon. The Petróleo Nautipa is operating for Vaalco Energy at the Etame Marin field and Allan, which is operating at CNR International’s Olowi field. Apart from that, there are two FSOs in Gabon, which are only storage facilities, with Perenco. They only store and export. The Olowi field is currently producing 1,500 bopd.

How does this level of production affect your business?
Production at this level reduces our profits but does not affect our business. We operate the FPSO, so we have compulsory minimums of personnel that we are obliged to keep in order to retain the FPSO’s international certifications. On the FPSO side, only the expatriate ship crew are on contract with Yinson. The majority of the crew members are Gabonese personnel, including seamen and production members, who are under contract with Knock Allan Gabon branch, which is their employer. We have 90 people employed for offshore operations with an additional five in the office. If we do not maintain these personnel, we may be penalised and lose our international certifications, which means that we risk all field operations.

How long will the current contract with CNR International last and is the arrangement renewable?
The current contract will last until 2019. It was a 10-year fixed contract originally, however there is some concern about whether the company is going to be able to keep the contract until 2019. Even the government is experiencing problems right now. I have been contacted three times by the minister of hydrocarbons, asking me how we can reduce the costs because they are paying 50%. As per the contract, if the production falls below 1,500 bopd, the company has no obligation to share the production with the state, but the company needs to pay half of the costs. The contract will not be extended because this block has a lot of gas but there is very little oil, and the gas at the field is not sufficient for commercial development, certainly not with current barrel prices. Right now, we are reinjecting the gas in order to get more oil and less sand.

We have discussed the possibility of Gabon becoming a gas economy, given the recent offshore discoveries. What should be done in order for Gabon to monetise its natural gas resources?
As far as I know, there are no big discoveries, and there are no big gas reservoirs. There is gas, but they are also finding huge reservoirs of gas all around the world, in Mozambique, Algeria, Senegal, etc. The question is not about knowing what to do in Gabon, but that we need huge investments to produce this gas: technology, infrastructure, logistics. So far, there are no conditions for these investments. There is not one oil company in Gabon that is drilling or conducting any kind of project right now. The last campaign was Vaalco Energy, but they preferred to pay the penalties and released the Constellation II rig in January because there is no room for investment to maintain drilling campaigns or go to the banks and ask for money for the medium-sized reservoirs.

We have heard that historically, contractual terms have not been that favourable to FPSO operators, especially in African markets, where the rate of inflation is higher. Long-term contracts were not appropriately adjusted to account for the inflation over the length of time that an FPSO would be producing. Is this still the case in Gabon?
There is no inflation in Gabon for the time being. In this part of Central Africa, the money is pegged to the euro. Salaries have increased a little bit and requirements from the new hydrocarbons code also significantly changed the landscape, I do not think that there are risks associated with these types of investments in the medium and long term in Central Africa so far. I have not seen this.However, this could change. Next week, there could be a significant devaluation of the Central African Franc by other economic factors, and the possibility exists that we may not be able to pay salaries anymore. It is possible that in one moment these devaluations could happen and make the investments in Gabon more difficult in the near future, like in Angola or Nigeria. In these countries, the devaluation is permanent.The Central African Franc is pegged to the euro, so the parity is 1 to 600. Even if it goes to 1 to 1,200, they will keep the inflation under control. We have more production than needed in the market right now. Factories are not consuming anymore, in China, in Brazil, in India, and oil has been, especially for this part, uneconomical. This causes a problem because the industry is taking the big part of the oil production. If this goes beyond 2017, then it will be very problematic for Africa and for countries like Brazil, whose economies depend on oil production.

Is it more economically viable to work with FSOs or with FPSOs?
It depends on how much money an operator is willing to invest. You need to have a production unit on board because you need to separate the water and the sand, and you need to collect, otherwise you are going to export everything, which will be a mess. Vaalco Energy invested a great deal of money for the next generation of platforms to be put into place. These new production platforms have everything, accommodations, social facilities, a laboratory, even separators. If you have these types of installations on your platform facility, you only need an FSO.

What is Yinson’s strategy for Gabon in both the short and the long term?
If Yinson can procure a new contract in Gabon, then we’ll go for it. We are already installed and have the know-how regarding personnel, because we trained 100% of the Gabonese staff on board. These are young people that are capable of operating any other FPSO in terms of technical and security know-how. Again, this all depends on the market fluctuation and when that event is going to happen. Sometimes, you have good things at bad moments, and other times it is the reverse. Procuring a new contract is a possibility and Yinson Production is ready to continue their ventures in Gabon, but it does not directly depend on us.

What do you see as the main factor affecting the Gabonese hydrocarbons market today?
It is not easy to keep the situation stable because there are a number of pressures from different sides. Today, the major problem is that there is no money. Banks are empty, and the government’s wallets are empty. Everybody else is almost approaching bankruptcy. The government is going to ask for international credits for some projects that are related with the 2017 Africa Cup of Nations and major works, such as the road from Port-Gentil to Libreville.