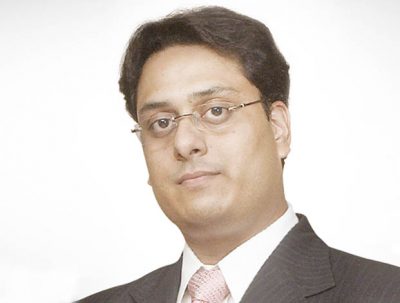 Drilling charter contracts in India are long term, usually for five years, which makes them attractive for drilling contractors.

How can technological capabilities in India’s drilling market be improved?

All Indian operators, both public and private, have considerable investment plans to increase their oil and gas production, which will require an increase in the country’s drilling services. New generation rigs built in India and overseas have additional technological capabilities that could benefit the Indian market. These modern cyber rigs are controlled with joysticks, with faster drilling speed and less downtime.

However, these rigs are expensive and cannot compete with low-cost old rigs in the Indian market due to the low-price policy that Indian operators apply, giving preference to a cheap rig rather than a more expensive and technologically capable one. Policies need to give extra value to the newly built rigs to better serve the market demand and its technological requirements.

In addition, getting better value, production and utilisation of rig assets would require establishing an age criteria for the country’s rigs fleet. A lot of public sector undertakings’ rigs are old and win tenders at a very low cost but are not efficient enough for the needs of the market.

Are public tenders adapted to the requirements of India’s drilling market?

Indian public oil and gas companies follow public tenders with L1 ratings, which means that preference is given by the public sector undertakings to the lowest bidder. Assessments are made based on prices and not on which bidder is the best service provider. Quality, security, safety or environmentally friendly services and certifications are not preferences that are advantageous for drilling contractors.

Drilling activities in India and globally are expensive because of the need to provide quality services, efficient upkeep time and minimal downtimes. For this reason, there must be a quality assessment of the bids separate from just looking the rates.

Drilling charter contracts are contracts by which the operator hires a rig from a drilling contractor for a given period of time. The daily rates for rigs in India are not very high, $115,000-120,000, compared to the international market, where they cost $140,000-150,000. In this sense, India is not an expensive market when compared to North America, the EU or Southeast Asia. However, drilling charter contracts in India are long term, usually for five years, which makes them attractive for drilling contractors.

The Oil and Natural Gas Corporation’s prices are stable, making drilling contracts with the state-owned company appealing for investors. Until October 2014, domestic suppliers were given a 10-percent price preference in public sector undertaking contracts in the oil industry. This meant that even if a local company’s price bid was 10 percent higher than a competing foreign company, the domestic player would be awarded the contract.

In what areas is the Indian market expanding?

We see a high demand emerging in India from deepwater activities. Jindal is planning to enter this sector in 2015. This would include investing in and bidding for semi-submersible vessels and drillships with the Oil and Natural Gas Corporation. The Jindal Group is building two rigs with Singapore’s Keppel FELS and Dubai-based Lamprell, which are expecting to deliver their rigs in December 2014 and January 2015, respectively. Both rigs have already been tendered to the Oil and Natural Gas Corporation in 2014.

The company has established contacts with governments and national oil companies to expand internationally into markets such as Malaysia, Mexico and the Middle East, in case low prices in India become unsustainable.