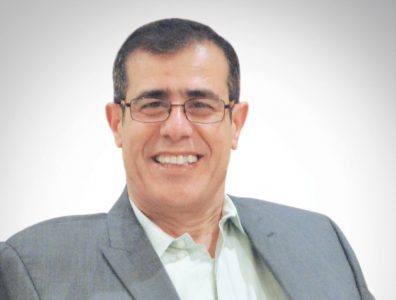 All large national and international companies should be investing to improve their business portfolios and technologies. Those that don’t will lose pace with their competitors and fall behind.

Invest for the future

Jay Ibrahim, president of KBR’s engineering and construction business in the MENA region, talks to TOGY about the benefits of being a Saudi Aramco general engineering services (GES+) company and the effect of the turbulent market conditions on engineering, procurement and construction (EPC) companies operating in Saudi Arabia.

How have low oil prices affected EPC companies operating in Saudi Arabia?
Low oil prices have made an impact on the economies of all oil and gas producing nations across the world in several ways. The severity of these impacts have varied from region to region and country to country. In Saudi Arabia, numerous oil-related projects have been deferred. Both natural gas and brown field developments have also been postponed, although to a much lesser extent.
For example, when discussing greenfield projects, the industry expects to see renewed interest in deep-water activity in the Red Sea once investment in such projects becomes economically viable again. Major oil developments are frequently reviewed to determine whether planned investments make commercial and business sense.
The decreased number of projects has had collateral consequences far beyond the opportunities available for EPC companies. However, the Saudi Arabian market is mature and with an abundance of untapped oil and gas reserves it continues to attract many investors and companies competing for opportunities.
With fewer projects moving forward in the current economic climate, companies face greater competition compared to a few years ago under higher oil prices. However, this stall in development will likely be short lived as an expected capital expenditure of more than $300 billion is projected by around 2025.

Despite oil price volatility, Saudi Arabia plans to push ahead with oil and gas industry investment. Is this the best method to stimulate more growth?
All large national and international companies should be investing to improve their business portfolios and technologies. Those that don’t will lose pace with their competitors and fall behind. The Saudi Minister of Petroleum and Mineral Resources, Ali Al Naimi, has urged Saudi Arabian companies to continue investing in the hydrocarbons industry.
While there has been some delay on certain projects, Saudi Aramco continues to lead the way by looking for new projects and opportunities in the country and beyond. With a sustainable production of more than 10.3 million barrels of oil per day (bopd), Saudi Aramco continues to set the pace for both innovation and production in the region and globally.
Today, local Saudi operators have a unique investment opportunity to obtain highly competitive prices from both vendors and EPC contractors. Given the highly cyclical nature of the EPC sector, operators are confident that prices will eventually restabilise. Therefore the market’s ongoing concentration on sustaining operating capacity and production in anticipation for a rise in oil prices, as well as optimising existing assets may provide significant competitive advantages in the global marketplace.

What is the status of the government’s effort to develop the petrochemical and refining sectors?
We are seeing a continued and sustained focus on developing Saudi Arabia’s downstream. Additional refining capacity from the 400,000-bopd Yasref Refinery in Yanbu was made available in 2015. The Jazan Refinery, which is currently under construction in the southwest city of Jazan and scheduled for completion in 2018, will also add around 400,000 bopd of refining capacity once it is commissioned.
The increasing demand for gas in Saudi Arabia and the region has led many international and national oil companies to explore the country’s potential for further gas production. The market is experiencing a continued focus on the development of unconventional and non-associated gas projects as primary feedstock for further gas monetisation and downstream petrochemical investments. Saudi Aramco has been clear in its decision to support the local industry in furthering downstream development.
Saudi Aramco has emerged as a clear leader not only in the region but globally with their joint-venture partnership on the Sadara Chemical Project with US multinational Dow Chemical Company. The development is currently in the final construction stages for what will be the world’s largest chemical complex ever built in a single phase. With 26 integrated manufacturing plants that will produce more than three million tons of products every year, it is anticipated that Sadara will become a Fortune 500 company within the first year of full operation.
Other examples of mega petrochemical projects under consideration in the country include the SABIC oil-to-chemicals project, a new integrated refinery and petrochemical complex in Yanbu, and another mixed-feed cracker by Saudi Aramco.

How can being part of the GES+ group benefit large international contractors?
The GES+ programme was designed by Saudi Aramco to be a nation-building programme by developing local talent and decreasing the national oil company’s dependence on foreign operators.
Saudi Arabia and Saudi Aramco can implement successful training programmes and provide competitive rates by employing Saudi engineers. This will ultimately allow Saudi nationals remain gainfully employed throughout their lifetime, build careers and become effective project team members providing added value.
Another key benefit of being part of the GES+ group is that it limits competition among members by giving them preference with regards to the projects under Saudi Aramco’s investment portfolio.
For large projects, an enabling benefit of GES+ is that the model provides the necessary work-volume from which to grow and diversify as a business as a means of developing Saudi capacity and transferring the nation’s international experience and best practices to the next generation.