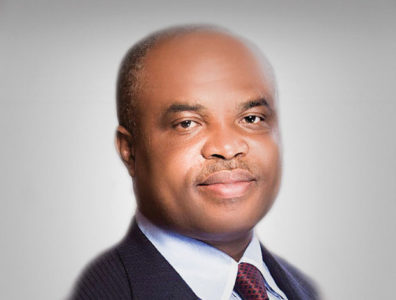 Companies have taken advantage of the increase in demand to pursue an aggressive gas development programme for the domestic market.

How would you assess the respective impact of government policies and market forces on investment in Nigeria’s gas value chain?

The government’s gas policies are informed by the huge gap in power infrastructure, as well as the agricultural and manufacturing transformation agenda of government. These form the pillars of the government’s three-pronged programme of gas to power, gas to agriculture and gas to industry.

To give impetus to this agenda, the government then put in place the gas master plan that ensures provision of a nationwide gas infrastructure to deliver gas from producers to end users. The government went further to review the domestic gas price upwards from less than $53 to $88.33 per thousand cubic metres plus a transportation cost of $28.25 per thousand cubic metres aimed at achieving export and domestic price parity.

The assignment of mandatory domestic gas supply obligations to gas producing companies in the country is also a main driver to meeting domestic gas requirement.

All these, coupled with the privatisation of the power sector have brought about an increase in demand for gas at the right price. Consequently, companies have taken advantage of the increase in demand to pursue an aggressive gas development programme for the domestic market.

What conclusions can the domestic industry take from recent acquisitions and divestments of upstream assets?

A combination of the divestment exercise, the gas reforms programme and the Nigerian Content Act of 2010 have contributed to growth in the domestic economy. The key conclusion is that local upstream participation is essential for growth in the industry growth.

Nigerian companies have shown strength and operational competences. They have used this opportunity to create jobs in the country and improve host community engagement. Seplat’s proven production reserves grew by 150 percent between 2010 and 2014. Our core work force increased from 37 personnel, which we inherited from Shell Petroleum Development Company in Nigeria, to more than 300 during the same period.

What fundamentals must local upstream companies put in place in order to attract financing and investment?

The most important element to put in place is the right personnel and professionals that have the correct industry skills set, implement robust corporate governance, define a lucid achievable growth milestone and measure track records.

What competitive evolution do you foresee in the domestic exploration and production sector?

The indigenous programme was launched in late 1980s and early 1990s. The growth of the programme remained slow until the era of marginal fields and indigenous bidding rounds in the early 2000s. The fastest rate of growth has been witnessed from 2010, driven largely by divestment processes.

Seplat was the first company in this regard when it completed its acquisition of oil mining licences 4, 38 and 41 in 2010 from international oil companies. Several other transactions including Shell’s ongoing divestment round have followed Seplat’s, which will continue to push local companies’ share of overall in-country production.

We expect to have evolution of more local participants in the sector with the attendant competition. We also expect to see the emergence of corporate mergers and secondary asset acquisitions to build capacity. The ultimate would be the evolution of strong, well-governed independent Nigerian oil and gas companies.

For more news and features from Nigeria click here