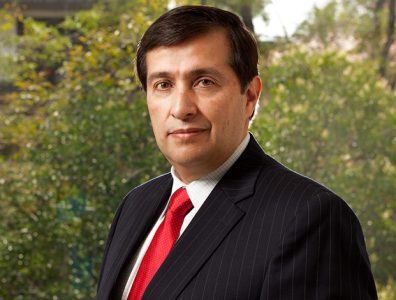 Even at a market price of $40 per barrel, we are still operating at a profit, so we are not adjusting our production plan at all this year.

Gustavo Hernández, general director of Pemex Exploración y Producción since February 2014, talks to TOGY about 2015 being a year of greater focus and cost efficiency for Pemex and its subsidiaries, more so than has ever been achieved. Despite low oil prices and $4 billion in budget cuts in 2015, lower production costs will allow Pemex’s upstream operations to maintain a profit.

How do you see Pemex moving forward in its collaboration efforts in 2015?

In 2015, we will be changing our existing integrated exploration and production contracts and public works contracts to the new standard production-sharing contracts. We have identified six fields in shallow water for farm-outs: Ek, Bolontikú, Sinán and the heavy crude deposits of Ayatsil-Tekel-Utsil.

In total, there will be 16 farm-outs we will offer this year: six in shallow water, five onshore, three in the deepwater Perdido fold belt and two more in a deepwater gas province. We will most likely be adding the Samaria Terciario onshore mature field and an additional offshore field in the Campeche Bay.

One of our most important farm-out opportunities in 2015 can be found at the Ayatsil-Tekel-Utsil heavy crude development in the Campeche Bay. We now have three out of four fixed platform installation. We announced Ayatsil-Tekel-Utsil as an additional farm-out, because we could use partners to bring in technology, experience and capital to help produce extra heavy oil of between 8 and 12 degrees API at the fields.

In regard to the heavy oilfields that are going up for bidding in the Round One tender, those potential operators will have to contact Pemex, because we already have heavy crude treatment technologies in place. One of these technologies involves blending and diluting the oil, a technique used in Venezuela, and then there is also water steam injection that heats the oil and reduces viscosity.

We reduced the speed of investment in conventional gas in the northern region of Mexico, which includes the Burgos Basin, because the production cost at $50 per barrel is roughly at the breakeven point with the seed cost.

However, as we are still transitioning from a socially productive to a value-driven enterprise, we have an obligation to maintain the lowest levels of activity in the basin and continue employing the workers there.

Pemex’s commitment to fulfilling its base levels of gas production is being met by the Southern fields of Macuspana-Muspac and Tsimin-Xux, as well as some Samaria gas fields. We have around 56.6 mcm (2 bcf) of dry gas and an additional 65.1 mcm (2.3 bcf) of associated gas at these assets.

The completed first phase of the Los Ramones pipeline project has granted Mexico imports of 28.3 mcm (1 bcf) per day of natural gas from the US. Upon completion of the second phase, a capacity of 59.5 mcm (2.1 bcf) will be made available to the country.

This will reduce the pressure to yield gas, as we will be importing gas almost at the same price at which we produce and allow us to put additional amounts of gas into the market at nearly the same cost, without allocating capital expenditure in the effort.

We will be able to use the capital expenditure that is saved by this to fund more lucrative projects and in more efficient ways within the upstream value-chain.

Low oil prices have prompted Pemex to reduce its 2015 budget by $4 billion. How will this impact upstream activities?

The structure of the majority of our portfolio of upstream projects relies on fields that produce crude oil at around $28 per barrel at the most expensive fields and around $8-11 per barrel at our most lucrative fields.

Even at a market price of $40 per barrel, we are still operating at a profit, so we are not adjusting our production plan at all this year.

Projects in Mexico that require a lot of capital expenditure are being reviewed along with the day rates for our services contractors. However, we will ensure that new efforts are made in research and development.

These efforts are important in maintaining production levels at most of our ageing offshore assets, which include the Cantarell and Abkatun-Pol-Chuc fields. These assets have been in decline for the past decade. Crude production at the Ku-Maloob-Zaap oilfield, the most productive asset nationally, will be sustained.