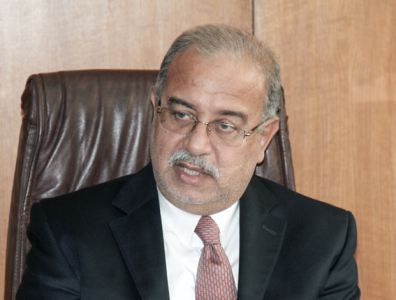 The ministry is eager for more bids and tenders, as these are the cornerstone of discoveries.

Egypt’s Minister of Petroleum and Mineral Resources Sherif Ismail speaks with TOGY about incentivising foreign investment and tackling outstanding debts. The Ministry of Petroleum is taking an active approach to reinvigorating exploration and development of Egypt’s oil and gas reserves, upgrading its refining capacity and tackling its natural gas shortage

What is the ministry’s plan for paying arrears to upstream companies?

The Ministry of Petroleum is eager to pay back the rest of the international oil companies’ arrears to encourage foreign partners to continue investing in exploration and development activities, which contributes to increasing domestic production.

We have taken concrete measures, including successfully paying back $1.5 billion in December 2013, another $1.4 billion in early October 2014 and $2.1 billion at the end of December 2014.

We are in negotiations with international oil companies operating in Egypt to schedule the rest of the debt and bring it to a minimum level to restore foreign investors’ confidence in the Egyptian economy. This will also accelerate the development of discovered fields and boost exploration and development investments, thereby increasing production.

How will more investment be attracted to the Egyptian oil and gas industry?

The ministry is eager for more bids and tenders, as these are the cornerstone of discoveries. After a three-year stoppage, new agreements have been signed with international exploration and production companies.

Between October 2013 and January 2015, 53 agreements were signed, with minimum investments of roughly $2.9 billion and a total of $431.8 million in signing bonuses for the drilling of 228 wells. In early 2015, procedures are underway to ink three new agreements, with investments totaling $9.2 billion.

At the end of 2014, a new international bid round was announced, including 10 blocks for Ganoub El Wadi Petroleum Holding Company in the southern Gulf of Suez and Nile Delta regions.

In light of the high cost and risk of recent discoveries in Mediterranean deep water, new models for production-sharing agreements were created to achieve appropriate revenues and encourage foreign investors to invest and accelerate the process of putting the discoveries on the production map. This will be a win-win situation for the exploration and production companies and the local market’s gas needs.

What measures need to be taken to expand refining capacity in Egypt?

The Ministry of Petroleum is implementing a package of ambitious projects to develop infrastructure, whether refineries or petroleum products pipelines.

We are updating existing refineries, improving their safety systems and raising their capacity. We are also setting up new units for the production of gasoline, diesel, LPG and asphalt to meet the needs of the domestic market.

We have started the implementation of these projects in Alexandria, Suez, Assiut and Mostorod, with total investments of roughly $5.7 billion. For example, the Middle East Oil Refinery Company (MIDOR) refinery in Alexandria is being expanded to increase its capacity by 60 percent, with investments of about $1.3 billion. Other projects are being planned to add new units to the refineries, at a cost of roughly $3.7 billion for the next phase.

What efforts are being made to bridge the gap between supply and demand for gas in Egypt?

The government is working hard to bridge the gap between natural gas production and domestic consumption, which represents a major challenge, through a multi-faceted programme. The first step is offering oil and gas exploration blocks for international bidding and signing new agreements with major oil companies.

The main emphasis of this programme is the acceleration of natural gas production projects in the Mediterranean, the Western Desert and the onshore Nile Delta. The Ministry of Petroleum is acting in co-operation with foreign partners to speed up the process of putting gasfield development projects on the production map over 2015 to offset the natural decline in existing fields’ production and increase yield rates.

Many gasfield projects have been put into production, the most important of which are phase 9a of the development of the West Delta Deep Marine concession, the Denis-Karawan project on the Mediterranean, the onshore Desouk gasfield on the Nile Delta and the Karam and Assil gasfields in the Western Desert.

What is the status of the North Alexandria deepwater gas project?

The North Alexandria project was halted in November 2011 and has had a very negative impact on the Egyptian oil and gas industry, as it was scheduled to have gone into production by mid-2014, producing up to 900 mcf (25.5 mcm) per day. In 2011, the local inhabitants objected due to misplaced environmental concerns and forced BP to leave the site and stop the project.

Recently, a preliminary agreement was reached with BP to complete the project, including a proposed $10 billion dollar investment scope. Upon completion, it will go on line in 2017-2018 at a production rate of roughly 1.25 bcf (35.4 mcm) per day.

What other measures are being taken to meet domestic demand for natural gas?

Importing natural gas is the third step towards closing the gap between production and consumption. The Ministry of Petroleum is stepping forward to import LNG to meet part of the requirements of power stations in 2015.

A contract was signed for six LNG shipments from Algeria to Egypt, amounting to a total of 750,000 cubic metres (26.5 mcf) per day from April 2015 to September 2015. The final contract for the first floating storage and regasification unit was signed in November 2014 between the Egyptian Natural Gas Holding Company and the Norwegian company Höegh for a period of five years. The unit is scheduled to start operations at the Ein Sokhna terminal in March 2015.

Bids on the Egyptian Natural Gas Holding Company’s international tender for LNG shipments, which closed at the end of October 2014, have been evaluated. Russia’s Gazprom has agreed in principle to supply shipments of LNG. The Ministry of Petroleum and the Ministry of Electricity and Energy have also agreed to use alternative fuels, particularly diesel and gasoline, for running power plants.

Raising awareness about electricity conservation is another important step. We are working on this through a number of initiatives to modify consumption patterns among citizens, seeking to promote the rational and efficient use of electricity.