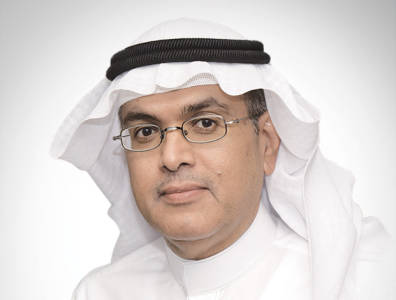 The low price of oil, coupled with the high cost of production, makes exploiting shale resources unfeasible at the moment.

Hani Al Maimani, managing director of National Petroleum Services (NPS), talks to TOGY about the importance of technology and investment in Saudi Arabia’s upstream services sector. NPS is an oil, gas and petrochemicals services provider, with operations in more than 15 countries across the Middle East, North Africa and Southeast Asia.

What challenges are facing upstream services companies in Saudi Arabia?
In Saudi Arabia, only a handful of providers specialise in upstream oil and gas services. The high barrier to entry on the market for the upstream services sector prevents many companies from starting operations in the market.
Capital expenditure is very high, and continuous investment is needed for training and keeping up with technological developments. Not every piece of technology can be acquired off the shelf. Companies must create alliances and partnerships to better tailor service packages to customer needs.

How are low oil prices affecting the drilling sector?
Low oil prices have an impact on every part of the energy value chain. Operators and services companies are all in the same boat. We enjoyed the good days together, and now we are both sharing the same pain.
The crisis has affected some companies more than others. There have been many redundancies. While it is a difficult time for the industry, oil and gas resources are still there. This is the third time in the past 20 years that energy prices have sunk. It is a natural part of the economic cycle.

Will Saudi Arabia develop unconventional gas?
The low price of oil, coupled with the high cost of production, makes exploiting shale resources unfeasible at the moment. However, shale is not going anywhere. As the price of oil climbs back up and technological improvements make production less expensive, shale will become more and more attractive.
The major oil and gas operators in Saudi Arabia are taking a long-term strategic approach to shale. In the coming five to 10 years, the majority of investments will be in unconventional gas. Companies in the downstream sector all need gas, so GCC countries are dedicated to looking for gas resources.

What steps is Saudi Arabia taking to maximise its resources and boost its output?
World oil consumption is around 93 million barrels per day. OPEC contributes 30 percent to the total world production. The world’s population is increasing. At the same time, production at major oilfields is decreasing. The big oilfields in Saudi Arabia and in other countries have been in production for many decades. Some of them are now in decline.
To compensate for the decline in production, oil and gas producing countries are investing a lot in production enhancement activities. I do not see this trend changing in the future.
Saudi Arabia is looking for new discoveries in both unconventional and conventional resources. While shale has become a major industry in the US, it is a medium to long- term strategy for Saudi Arabia due to the high cost of production. For the moment, Saudi Arabia is relying on its existing reserves and new conventional discoveries, which are less expensive to produce.

To what extent does the upstream sector encourage technological innovation?
Oil accounts for a large share of Saudi Arabia’s economy. The upstream is a tough sector, made more difficult by the fact that most of the current prospects and discoveries are found in jungles, deserts or in the deep sea. These harsh environments have made the upstream sector increasingly expensive to operate in.
A lot of investment goes towards making operating locations liveable for personnel. This is why a lot of investment is made to shorten the exploration time and increase the recovery rate. Until now, the recovery rate of oil and gas has been less than 50%, especially oil. Oil operators are investing in research and development to enhance the oil recovery rate.
Upstream companies need to stay on the cutting edge of technological developments. To do so, they can collaborate with institutes or universities. If companies fail to invest in new technologies, they will quickly become obsolete.