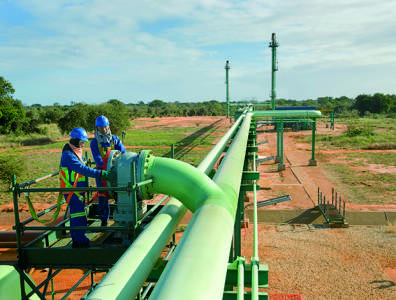 ROME, December 21, 2015 – UK company Sound Energy announced that it has started work on connecting its onshore Nervesa gas well to Italy’s national gas export pipeline. The company signed a sales agreement with Shell in August and will deliver gas through Italy’s grid, which is operated by Snam.

Sound Energy began commercial production from the Nervesa well in July 2015. The company estimates the field to hold 630 mcm (22.2 bcf) of gas. The company expects 50,900 cubic metres (1.8 mcf) of gas per day to flow into the grid.

The company announced a name change to Sound Energy from Sound Oil in October to reflect a shift in concentration from oil to gas operations. Sound Energy is also preparing to drill an onshore gas well in Morocco’s Tendrara licence.

The mid-cap company made significant gains in 2015 by reviving the onshore Ragpagnano and Casa Tiberi gasfields and generating USD 1.3 million in revenues, as well as negotiating with Moroccan company Maghreb Petroleum to buy a 25% stake in the Sidi Moktar licence, which holds the 8.3-bcm (293-bcf) Kechoula gas discovery.