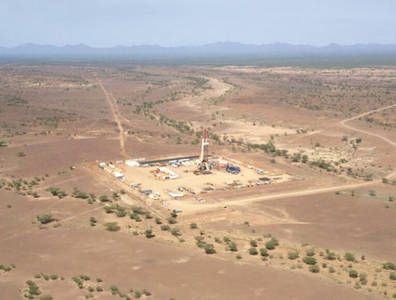 Appraisal at Lokichar to boost resources

The Ekales-2 appraisal well revealed between 60 and 100 metres of net oil pay. “This was the first test of this exploration target and is very positive for the future upside potential of the South Lokichar Basin above the significant oil resources already discovered,” Africa Oil was reported as saying.

The partners’ development plan, expected by the end of 2015, will span spanning blocks 10BB and 13T. Both Africa Oil and Tullow Oil have a 50-percent stake in the project. Previous positive appraisals include the Amosing-1 and Amosing-2 wells, which delivered higher-than-expected flow rates on testing, and the Amosing-4 appraisal, which hit 27 metres of net oil pay.

Pemex crude output down in April