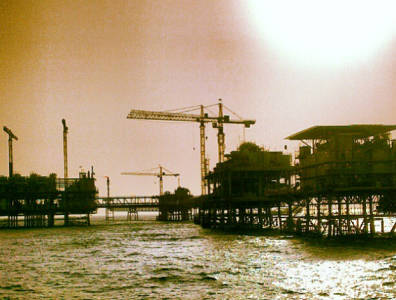 RIYADH, February 17, 2017 – Saudi Aramco has begun the process of issuing an EPC project order worth as much as USD 3.5 billion for its expansion project at the Marjan offshore and onshore oilfield.

The Saudi oil major, the world’s biggest company, had been in contact with its long-term agreement (LTA) contractors regarding the project – however, it is possible that the size of the project will necessitate contracting more than just Aramco’s set list of LTA companies. The scope of the project includes an offshore oil platform and wells, and may also include an onshore gas compression plant.

Earlier this month, Reuters reported plans to increase output at the giant offshore Berri oilfield by as much as 250,000 bopd over time. However, Saudi Arabia has not announced any major planned increases to its overall production and in fact is committed to cuts according to the OPEC agreement reached in November 2016.

In other news, Sarah Al Suhaimi is to become the first woman to head the Tadawul, Saudi Arabia’s stock exchange, according to Bloomberg.